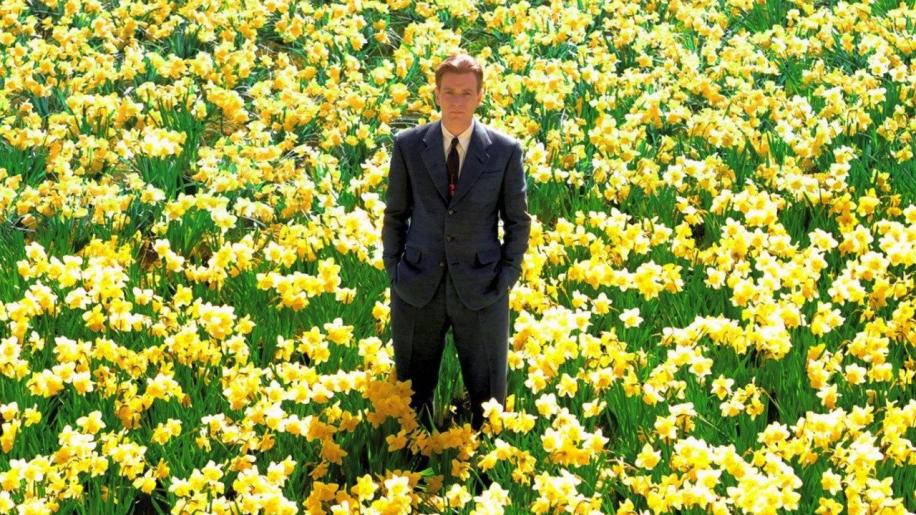 My granddad used to tell me brilliant stories of the war and his life when I was just a small kid; I never once questioned what he was telling me, it was all real to a 5 or 6 year old. It's only later in life that we learn that such things were probably only based slightly on the truth and that the stories were just to satisfy a child's appetite for the far fetched.

William Bloom's (Billy Crudup) father is a much loved character who has many stories of his life, right from the birth of his son to catching the biggest fish in the river so he can get his wedding ring back, Edward Bloom's (Albert Finney/Ewan McGregor) tales of the unexpected are as fascinating as they are untrue. During William's wedding reception off goes Edward again re-telling the story of Williams birth and the search for the wedding ring, but his son has had enough and after a confrontation with his story telling father, they never speak again for three years.

Then one day the phone call comes to William that his father is dieing and just for once he wants to find out who his father really is. The movie tells all of Edwards's stories from his time in the army, to starring in the Circus and of course how he won the heart of the woman he married. But are these just tall tales or is William about to find the truth?

I will say now that I loved this movie, it just had me hooked (excuse the pun) from the first frame to the last and I will admit to bubbling like a girl at the end. Tim Burton returns to telling us stories in his unusual style which fires the imagination in a compelling and heart felt manner. It is certainly not overly sentimental yet manages to pull at the heart strings to great effect and I doubt there will be a dry eye in your house after viewing this. The performances from the varied and mixed cast are first class with McGregor and Finney in excellent form with support from Jessica Lange, Billy Crudup, Steve Buscemi, Danny DeVito and Helena Bonham Carter. Some people maybe surprised with the way Burton tells this tale, but it is easily his best work to date. Highly recommended.