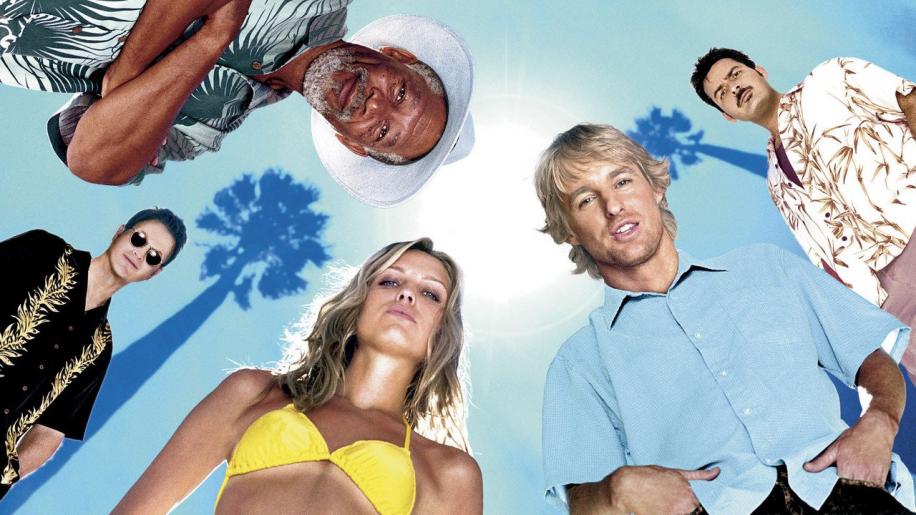 For a modern print the DVD encoding is surprisingly average. Why surprisingly? Well it is shot almost totally in the beautifully bright and luxuriously lush tropical paradise of Oahu. Golden sands, blazing orange sun, azure blue seas, and honey toned bronze bodies right? Well, no. That's what you would expect, but somehow softness is introduced into the image, which lowers the resolved detail. The colours, which should be vivid and bright, have a pale and washed out look making them somewhat drab. This is certainly due to the encoding, as the on set footage in the behind the scenes featurette has all the features lacking from the film print. The image is not bad, it has no print damage and no signs of digital artefacts, it just is not as good as it could have been.

The soundtrack is a greater disappointment than the picture. This soundtrack defines the term “lack of focus”. There is a lot of energy going on there, a nice up beat and bouncy little score, huge waves crashing on the North Shore beaches with bass heavy authority, and lots of dialogue. The mix however is terrible. Effects often swamp dialogue, the sound field is crowded and cramped into the front centre speaker and bass effects are fat and boomy and bounce around the viewing room like a bull in a china shop. It is not an enjoyable listen.

Thankfully the extras are extremely limited, as I did not relish the prospect of spending much more time in the company of this disc. Three short, behind the scenes featurettes are available. A Con In The Making - consists of behind the scenes footage of the cast. They are clearly having a great holiday. Two more shorts deal with the filming of the second unit director as he grabs footage of the Oahu surfers on North Beach for the scene setting and transition shots. A theatrical trailer is also present.

Another Elmore Leonard novel gets a substandard translation to the big screen. Proof, if any were needed, that money cannot guarantee success when making a movie, although I suspect the cast dropped their fees considerably when they learned the shoot was in Hawaii and not Chicago. Fans of Mr Leonard should rent, otherwise leave on the shelf.