Beyond the Sea Movie Review 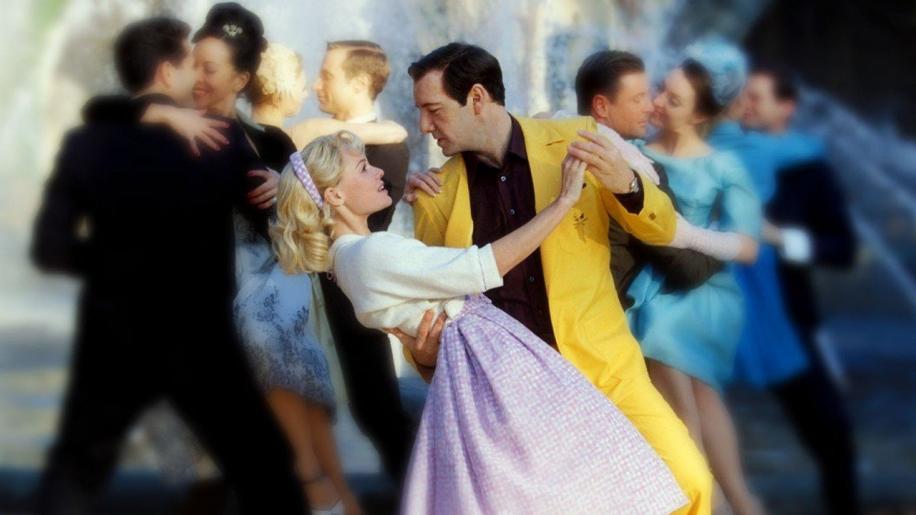 This film certainly had some mixed reviews when released to cinemas last year. I, myself missed the cinema release due to being away on holiday. It quickly flew into my local multiplex and just as quickly flew out. This is a real shame as it is an extremely enjoyable film with a dazzling performance from it's writer-director-star, Kevin Spacey.

We all know Spacey can act. Just look at his CV, LA Confidential, Seven, Usual Suspects and next year he is stepping into Gene Hackman's shoes as Lex Luthor in Superman Returns. He is easily one of the best actors of his generation. An example of his talent is that he can make an average film (Pay It Forward) worth watching, now that is talent. Spacey has revealed in interviews and the documentary on the disc that he is a huge Bobby Darin fan. Darin is somewhat forgotten when one talks about the Vegas singers of the sixties. We all know Sinatra, Martin and Davis Jr. but Darin is sometimes neglected. He had an excellent voice and for someone who started with 50's bubble gum rock 'n' roll (Splish Splash) he produced some real classic recordings.

Spacey ignores the conventions of the normal biopic and transforms the film in to at times, a stage musical!! We get Darin wooing his bride (actress, Sandra Dee) to one of his songs and at the same time we get a brilliantly choreographed dance sequence. Spacey more then holds his own with the singing and dancing. He is helped by a first rate supporting cast including John Goodman, Kate Bosworth and Bob Hoskins. Considering the film was mostly shot on stages in Germany, the American 50's/60's period feel is frankly superb and is helped by some first class widescreen photography.

The film gives you a good insight into what made Darin tick as a man and as a performer. He certainly was a driven fellow and wanted to get away from his Vegas persona and try new things. It is sad to see that at a certain part of his career he was all but washed up. However, as with all good performers, that one good song will set you back on the road to fame and fortune again. It is a real shame, heart problems took Bobby Darin from us when he was only in his thirties. A real loss to the world of music and entertainment.