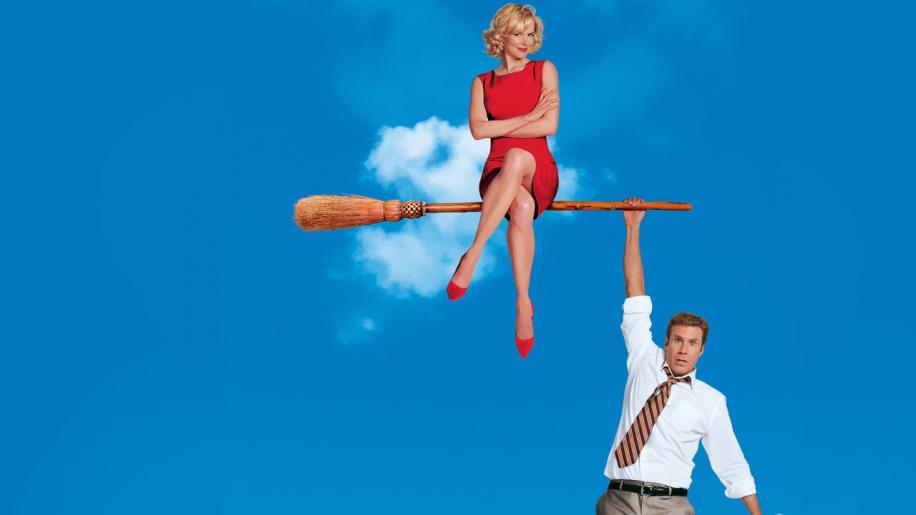 Hollywood and originality eh? If it's not sequels or prequels, it's remakes or in this case, a re-imaging of a TV 'classic'.

The premise of the movie is that Jack (Ferrell) is a miserably failed actor whose last two movies went down quicker than an intern called Monica. To try and resuscitate his career, he agrees to star in the remake of the TV show Bewitched, provides his co-star is an unknown, so it doesn't overshadow his screen time. Isabelle (Kidman) is a witch, who wants/longs to be normal and loved for who she is and not what she is. Her father (Caine) isn't impressed, but he lets her go ahead with this whim, popping up now and then to add words of 'wisdom'. One day, at a bookstore, Jack and Isabelle cross paths when he spies her twitching her nose ala Samantha, at which point he realizes he's found his co-star and promptly whisks her to the studio to meet the execs. Obviously they cast her for the part and soon start filming, although Isabelle soon realizes that Jack is a shallow, egotistical person who is using her for his own gain and that doesn't sit too well, so using her witchcraft she sets out to even the score.

Well I suppose it sounded good on paper, but execution wise it's a little lacking, which primarily I'd suggest that it is due to pacing and plotting. It moves reasonably well for the first half but it flounders terribly at the final hurdle, not really quite sure how to wrap things up or even how to get there. It's also too long by about twenty minutes, where tighter pacing would have seriously helped this movie no end. At times you feel yourself willing the movie to go faster or looking at the increasingly attractive fast-forward button and indeed it was a hard challenge not to use it. Cast wise it's a little odd, I suppose. Kidman doing comedy is an unusual choice (maybe Meg Ryan passed after reading the script) but she's ok, although her voice is irritatingly whiny. Ferrell I simply can't stand being completely unfunny and no-one could convince me otherwise (Anchorman funny? Did hell freeze over?) although here he is a little more reigned in, but I still don't care for him. However, between Shirley Maclaine and Michael Caine, they steal every scene, Caine showing his wonderful comic timing as he did in Batman Begins as well, although I still find his turn in Dirty, Rotten Scoundrels his best moment for dry humour. It also seems an absolute age since Maclaine has been on screen and she vamps the role of Iris/Isadora up completely - I'd have rather seen more of these two personally. Supporting cast are fine, with Jason Schwartzman creepy and annoying in equal measure and Kristin Chenoweth as Isabelle's neighbour being typically L.A-esque.

I would say that I could have expected more from this but as it is a Nora Ephron movie, it would be a lot to expect - typically being very formulaic and surprise-less in their execution. Even with that said, this is still below par compared to say Sleepless In Seatle or even You've Got Mail. I suppose it's worth a look if you really have a hankering for a rom-com, but other than that, it's very hard to give it any form of recommendation.