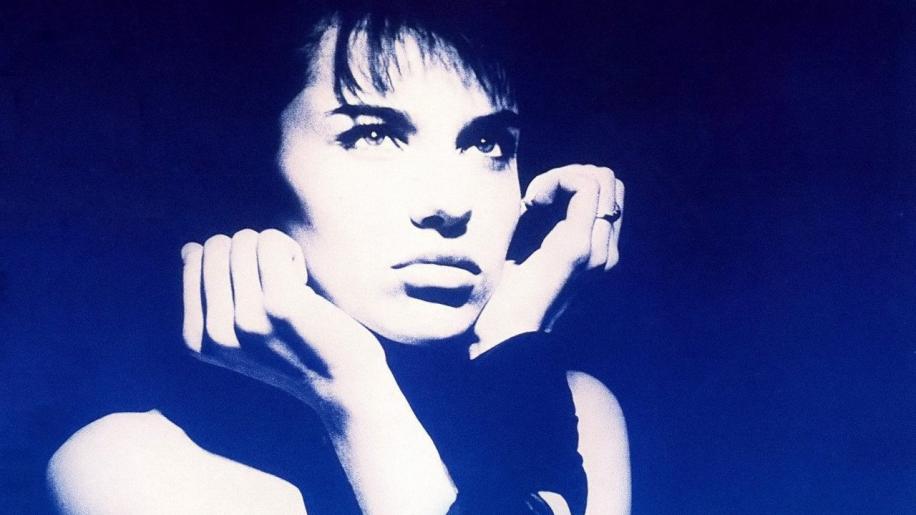 My first taste of international cinema came from Japan – both with the classic works of acclaimed auteur Akira Kurosawa (Seven Samurai) and also the modern masterpieces from actor/writer/director/genius “Beat” Takeshi Kitano (Sonatine, Zatoichi). But French films would soon follow, with the likes of La Haine, La Reine Margot and, of course, the works of the once-great Luc Besson (Nikita, Leon) piquing my interest. Amidst this early salvo, I saw Betty Blue (or 37°2 le matin in France), which fit all of the requirements a late teenage boy needed from arty foreign cinema – irregular, somewhat whimsical plotting, a 3+ hour runtime, and (as you would only expect from the French) persistent full-frontal nudity and gratuitous sex. Over a decade later – and over two decades since the movie was first released – it now comes to Blu-ray, and I get to rediscover a film which, I must confess, I have never previously owned on any format; mostly because they never seemed to release the right version. So, does Betty Blue stand up to the scrutiny of my older, (hopefully) wiser mind? And, if so, did it finally get a decent release?

"I had known Betty for a week. We made love every night. The forecast was for storms."

Betty and Zorg are young lovers. They’ve only known each other for a week, and thing are still pretty physically-orientated; getting to know one another in other respects seems a distinctly secondary objective. Both are fairly hard-pushed for money, Zorg’s part-time work as a handyman fails to generate any significant income, and Betty’s just quit her job as a waitress because her boss was sexually harassing her. To make matters worse, the owner of the dilapidated beach-side shack that Zorg lives in wants them to paint all of the shacks on the beach in return for not letting Betty stay with him. There are 500 shacks. Lying to Betty about this fact, Zorg manages to persuade her to help with the paintwork, but when she finds out the full extent of the work that they have to do, she completely loses it, and the two promptly have to find a new place to live. Is this spark of anger an early sign of a twinge of madness in Betty, or is she just frustrated and over-compensating for the loving but overly laid-back Zorg?

This pretty-much sets the scene for the movie, and it’s really difficult to go into much greater detail without just telling you the entire plot, basically because it doesn’t have a standard narrative story to tell. We just follow Betty (the gorgeous Beatrice Dalle, known for little else) and Zorg (a young Jean-Hughes Anglade - Nikita, La Reine Margot) around, as elements in their respective personalities are developed, and as themes and characteristics start to emerge. The film looks at relationships, love, obsession, depression, and madness, taking us on something of a disjointed downward spiral as the initially star-crossed lovers – without a care in the world – are forced to face an increasing number of unwanted responsibilities, and often fold under the burden of them. As such Betty Blue is a fascinating exploration of borderline mental illness, and of the pressures of living on the fringe of society, where you’re forced to conform in the sense of bills to pay and jobs to keep, but where your true talents lie in artistry and other forms of self-expression. Or perhaps just non-conformity. Zorg himself is something of a writer, or at least Betty thinks so, and the story shows how she becomes increasingly obsessed with Zorg’s unpublished manuscript, initially intent on seeing it all typed up so that it can be submitted to publishers, and then getting progressively angry with the successive responses of said publishers. She can see the talent in him, even if he can't see it in himself, and it’s one of the core components that further the depth of their relationship – her increasing respect for him; his, in turn, self-worth very gradually increasing due to her pride in him – translating it from just physical love to all-round relationship love. Brimming with tragedy, there’s something to be said for not just the ostensible feminist angle depicted in this drama, but also the analysis of underappreciated undiscovered artists – certainly a quintessentially European trait in all realms of ‘art’ barring acting.

The trouble is that, despite these obvious feminist angles, and the heart of tragedy that defines this piece – which has many parallels with One Flew over the Cuckoo’s Nest – I have to say that it is still quite clear that the movie is written and directed by a man, and designed for male appetites. Perhaps this is classic French stylisation – and I’m certainly not talking about the sex and nudity here, that’s pretty-much equally divided between Betty and Zorg in any event – but it does become apparent that the feminism at work is paper-thin. Betty herself is a male dream, nothing more than male wish fulfilment: a faithful muse, a devoted partner, a sexy, highly sexualised girlfriend – her obsession in her ‘man’ and his work is evident throughout. The whole movie, on close inspection, is actually about Betty’s world revolving around Zorg, and increasingly falling apart as she tries to ‘do her best’ by her man. Her lack of personal character drive is evident throughout. Similarly, the mental illness traits are neither fully explained (there’s some hint at childhood abuse, and the obvious hint in the French title – 37°2 le matin actually refers to the natural morning body temperature of a pregnant woman) and certainly not realistically concluded.

"Betty was a wild horse that had cut her hamstrings jumping over a wall and was trying to get up."

However, perhaps none of this matters, as Betty Blue is still, undoubtedly, a work of art. It’s tonal use of colours to depict moods and themes (not least as subtly conveyed in the opening credits as the blue tones change and foreboding twisted fairground music plays in the background); its sumptuous, almost ethereal, and resoundingly adult study of relationships and mental illness; its characterisation of classic young amour fou; even its depiction of relatively ordinary people living ordinary lives, these are all elements which not just distinguish it but massively set it apart from just about any other romantic drama ever conceived. Told in flashback ‘memories’, disjointed and seldom fully realised (i.e. there’s no distinct structure to the mini-episodes), there’s no denying that it provides both a visual and a very emotional ride, getting under your skin and making you feel for the characters in spite of their problems – in spite of their faults.

Would it have received an Oscar nomination if it was made today (as it did back in ’86)? Well, I think that this is hard to answer, as, from a modern 20-20 hindsight perspective, there are certainly elements in the tale which could have done with, for want of a better term, some female-perspective input (and I’m the last person to cry out for more feminism in my movies). But there is still plenty of value in the Betty Blue experience, irrespective of its shortcomings, and as a piece of art it is sumptuous and enveloping.

Some 15 years after the release of the theatrical version of Betty Blue, the director released his original ‘director’s cut’, which he was compelled to abbreviate purely to meet a 2 hour runtime. Unfortunately, this US release only sports the much shorter 2 hour version (which is missing the best part of an hour of extra material!). Honestly, I can’t understand why we don’t get both versions with seamless branching, as I have a feeling that my opinion of the movie may have been different had I had the opportunity to revisit and reassess the longer cut (which I haven’t seen in the best part of a decade, but which includes more characters, entirely new scenes and story arcs and a whole bank robbery sequence). As is, I still love the movie, but I get the feeling that it would have been a better-explored, more well-rounded result in the longer form. At least that’s what I can remember. But, alas, all we get is the theatrical version, which is thankfully still worthy enough to warrant you picking it up. As modern classic French films go, Betty Blue has rightfully earned a place amidst the best of its generation, a flawed but undeniably moody piece which is well worth checking out.