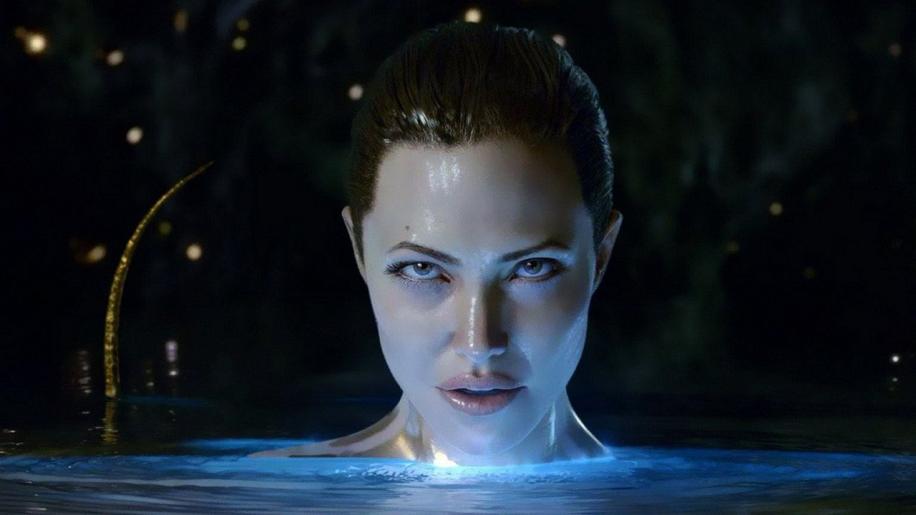 Robert Zemeckis takes the CGI techniques developed for The Polar Express (2004) and extends them even further in this gory, bloodthirsty - but faithful cinematic rendition of one of the eldest works of English literature.

Beowulf (the poem) was written around 1000AD and is one of the oldest surviving examples of British Literature. The story is set at a fascinating time in History, as Paganism is beginning to succumb to the rise of Christianity. Although written in England (most likely East Anglia) it is set in Scandinavia at a time of great upheaval.

The story concerns King Hrothgar (Anthony Hopkins), a King who is known throughout the land for the quality of his mead. He builds a mead hall, and celebrates there every night with feasts of food, drink, and sex. However, the noise of these celebrations travel across the frozen wastes, and it soon becomes apparent that the King is cursed, as the monster Grendel invades the Mead Hall and decimates his men (although the monster is unable to attack the King himself).

Enter the legendary hero Beowulf (Ray Winstone) who arrives with the sole purpose of killing the monster. A feast is ordered, knowing that Grendel will be attracted to come and attack. This, Grendel does - and in an epic battle Beowulf kills the monster. All should be well, but no-one has taken into account Grendel's mother......

Everytime a film like this is released, it ignites a debate. Real actors versus CGI. I have to say that I have always been on the side of the former. I do not see the point of CGI in films unless it is used sparingly. For example, Peter Jackson's Kong is a masterful creation, but some of the animation on minor characters is crude and basic. If there is no alternative to using CGI (Gollum and Dobby) spring to mind, then it is an acceptable technique. But what is the point of taking real actors and rendering them in CG form as they do in this film?

Well, the argument goes that they can make the characters do things they can't do in real life, and use camera angles and movements that would not be possible in live action. Maybe this is true to a certain extent - but there is a major flaw in using CGI characters, and that is certainly true in this film. But more of that later

One thing I must say about this film is that I was surprised just how faithful it was to the original poem. There is only one minor deviation from the original plot, and it is possible to see why this was done. In the original poem, Beowulf kills Grendel, and then kills Grendel's mother too before becoming King. He then leads a life full of success and heroic deeds, before a giant fire breathing dragon attacks his Kingdom. He reluctantly has to fight against the dragon.

This plot is broadly followed, apart from one key difference and that is Grendel's mother. In the poem, she is a foul beast far more terrifying than her son. In this film version, as I am sure you already realise, she is played by Angelina Jolie. A naked Angelina Jolie. In the poem she is killed, but in the film she is not. This is introduced to give our hero a moral dilemma. Without giving too much away, Grendel's mother manages to get under Beowulf's skin in a way that was certainly not in the original poem. This makes him seem more human and more vulnerable, and the dragon at the end is another spawn of this foul creature.

Normally, changes to a plot like this grate - but in this case it does not. It introduces an extra dimension to the film without interfering too much with the original plot. It adds much needed depth to the original story and as such should be welcomed.

So, storywise the film is a success. But does this stretch to the whole film? My argument would be “No, it doesn't”. And the reason for this, as mentioned before, is the use of CGI characters.

At times, the characterisation is breathtaking. The detail on Hopkin's facial hair, for example is amazing, and the detail the animators get into the faces really does go a long way towards making them believable. However, hereby lies the biggest problem. Your eyes are the windows to your soul, and it is painfully obvious that these characters have no soul. You can animate as much emotion into a face as possible, but if the eyes are merely a blank canvas then you cannot truly identify with a character. The result is rather disturbing.

In addition to this, they simply cannot get human movement correct. This has been visible in films before, and is painfully obvious here. Characters are fine when they walk, but when required to run, or fight - they quite simply seem jerky and unrealistic.

Beowulf, of course, is available in 3D in certain cinemas - and I was lucky enough to view the film in its full glory. It has to be said that the film is certainly very impressive in 3D. You are issued with a pair of glasses that are a cut above the glasses you may remember from your childhood. They do not, for example, have coloured filters. The result once you put the glasses on is amazing. The image stretches far back into the screen, and when things are thrown towards the viewer, I am embarrassed to admit I found myself jumping and ducking on one occasion.

However, it must also be qualified by saying that a lot of the camera angles are chosen for the 3D effect. When people are on horses carrying spears, the camera will always center right on the head of the spear looking down towards the horse. Whilst this does look amazing, it also does rather look gimmicky - and I wonder how well the film will play in 2D

I should also mention the violence. The film has been rated 12A here in the UK - and for the life of me I have no idea why. This film is shockingly violent. We have humans being torn to bits, beasts being stabbed in the eye, blood flows liberally, decapitations, and many other acts of violence. There are also many quite explicit sexual references. Maybe I am getting old - but I would certainly advise that you view this film before taking a child. I actually found this more upsetting in places than The Hills Have Eyes remake - so you should certainly bear this in mind.

In summation, Beowulf is a qualified success. It takes an ancient story and extends it cleverly turning it into a faithful but deep cinematic rendition. However, the use of CGI characters rather undermines it a bit. If you can get to see this in 3D then you should certainly give it a go as it is an interesting cinematic experiment, and works very well. Whether it will be as successful in 2D however, is a question that I cannot answer.

Beowulf is, of course, an entirely digital and CGI creation. However, even though I was not happy with the way the characters looked - I have to say that the quality of the picture was top notch. The image is always clear and sharp, although if viewing in 3D, there are instances where there is a slight ghosting around certain artefacts when moving (arrows, spears etc).

The palette used is deliberately muted and grey, but it does serve the material very well indeed. Even dark interiors like the Mead Hall (illuminated only by candles) works extremely well, and it is easy to see what is going on at all times. The quality of the animation can vary with the dragon at the end being particularly impressive, and the surroundings being beautifully shot and rendered (you really do get the sense of being on a bleak Danish beach with the black pebbles crunching underfoot).

It has to be said that the fact that it is a 3D film does lead to rather a lot of gimmicky camera angles that may not work quite as well in 2D - it is sometimes obvious that the angles are chosen for the effect that they will have on the audience, rather than the more aesthetically pleasing angle that would have made sense in a normal film.

However, as an event movie (and the first in a new generation of 3d films) this delivers an experience in spades and is well worth checking out.

Often, when a film pushes the technical envelope in so many ways, the sound design will be rather neglected. I am pleased to say that this is not the case in Beowulf. The sound design is quite simply breathtaking, with full use of all the speakers being made to produce a fully enveloping and immersive sound stage.

If there is any criticism to be made, it would be that very little use is made of LFE, and that the dialogue can sometimes sound a little harsh and over emphasised. However, sound effects are well placed around the sound field and the score is always well mixed, never taking center stage, but underpinning the action well.

I often come out of the cinema feeling short changed by the sound - feeling that my home rig can do better. However, in this case the sound mix is well designed and thought out. An excellent mix.Beowulf is shockingly violent, but also a surprisingly faithful rendition of the original poem. It also genuinely pushes new boundaries in its use of CGI and 3D. Whereas the former is not entirely a success (those eyes are just blank), the latter is certainly very impressive indeed.

If you are at all interested in cinematic envelope pushing then you will certainly want to try and catch this on a digital screen as it was meant to be seen. If, however, you only have access to the standard 2D version you may possibly want to think twice - as you are likely to be missing out on quite a lot.

I also cannot stress more strongly how you should think twice before taking children to see this. You should certainly watch first before making that decision.