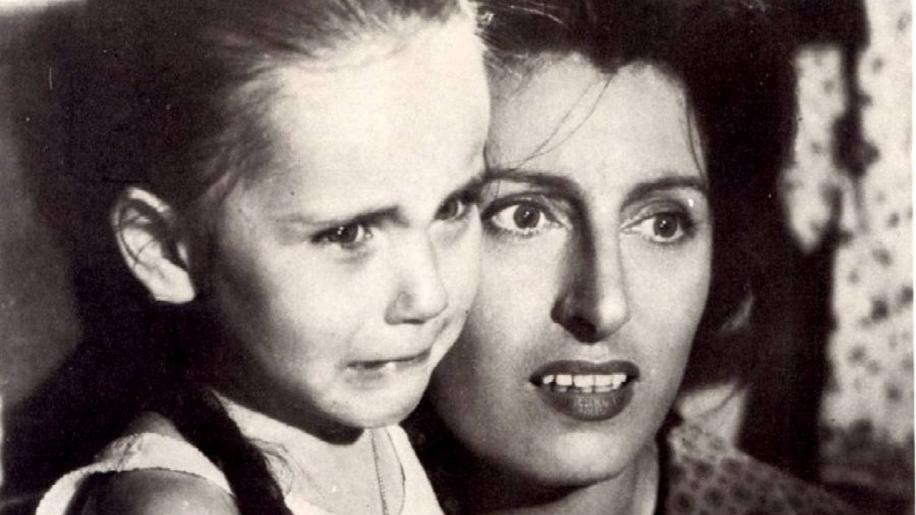 Bellissima comes presented in the movie's original theatrical fullscreen 'Academy' aspect ratio of 1.33:1, with a non-anamorphic black and white transfer that retains a remarkable amount of detail and contrast considering the fact that it is over fifty-five years old. Obviously the monochrome has helped a great deal in the retention of detail and picture quality, but it is still quite surprising to see such an old movie looking this good. Aside from the detail being good, clarity remains almost throughout, with very little softness indeed - but some edge enhancement (as you might expect) as a pay-off for the retained detail. The black and white palette is also quite well graded, with the many many different greyscale levels bringing the picture to life. Black levels are god, which allows for decent shadowing throughout. There are also very few print defects - again a big surprise - with even the tinny opening credits looking pristine, not the kind of scratchy 50-year-old print I would have expected for such a release. Considering all it had going against it, Eureka have done well to restore this print and bring it to DVD looking so good. All we get to accompany the movie is the original Dolby Digital 1.0 Mono track that the movie was recorded with, which is kind of all you can really expect for a movie this old. I'm not sure whether I would approve of a remixed track anyway, as the movie was clearly intended to be heard like this. Still, what it does leave us with is a very limited array indeed. Thankfully the Italian dialogue comes across clearly throughout (although the standard Italian super-speed they spoke at did not help my knowledge of the language at all) and the subtitles are pretty accurate. The only effects are ambient noises, but since the movie appears to have been filmed on real streets, with few sets involved, there are a few nice background effects that you might notice. Everything is still a little bit tinny, and the musical score is generally restricted to the opening gambit and a few momentary interludes (normally of people actually performing), but this is generally all you can expect from a soundtrack like this. Far from exceptional, it's the best we're likely to hear from this movie and the studios probably couldn't have done anything more with the original material anyway. Even though this is quite a low-key release, we do get a few nice extras adorning the disc, including A Proposito di Bellissima (Talking about Bellissima), a thirty-two minute Documentary on the making of this movie, made recently, I suspect specifically for this DVD release. Francesco Rossi and Suso Cecchi D'Amico (two of the screenwriters) are on hand for extensive interview contribution, talking about the director and main stars and how they moulded the movies of the time and thus shaped that cinematic era in Italy. Other key filmmaking figures also offer their thoughts on the impact of this and movies like it, including Romeo and Juliet Director Franco Zeffirelli and the comprehensive documentary not only includes clips from the main feature but also some nice stills. For fans of this movie (who will also likely be fans of the particular filmmaking era) this extra is compulsory viewing, a real gem to be found on this release.

There's also an Interview with Francesco Rosi, which is just ten minutes alone with this specific Screenwriter (and co-director). Shot as part of the same Documentary, it just goes into more detail on his thoughts about the production, his involvement and, once again, the significance of the movie. It makes a nice companion piece to the full Documentary. Finally we get the original four-minute Trailer for the main movie and a nice 32-page booklet, rounding off a surprisingly thorough selection of extras for this fifty-year-old feature. A exemplary child of the specific post-war era, the Italian drama Bellissima is remarkably strong and honest, realistic and often painful to watch, with a lovely grounded central performance. Video, for such an old movie, is absolutely spectacular, and audio is all you could have really expected for a movie that was recorded in mono. The extras are the real highlight, however, and round off a must-have disc for fans of the movie.