Being There Movie Review 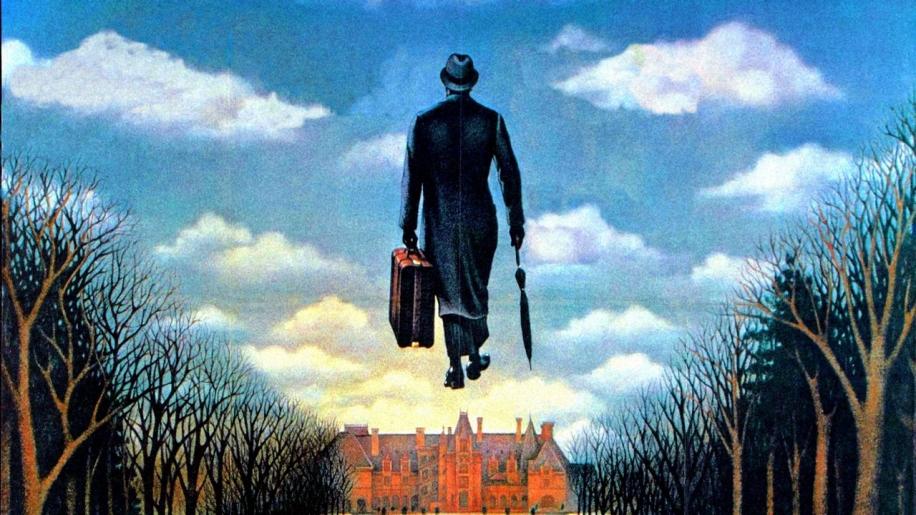 On the 24th July 1980, aged only 54, Peter Sellers one of the greatest comedy talents this country has ever seen, died of a heart attack he suffered a few days prior. Although he was constantly thought of as a demanding actor and character by both director's and co-stars he still leaves behind a respected body of work. Many here will no doubt be familiar with his contribution to the motion picture industry, perhaps best known for the bumbling French policeman, Inspector Clouseau. There are many examples where his talents just laid waste to all others in the film at the time, and on occasion he literally had the director rolling on the floor in hysterics... The Party, What's New Pussycat, I'm All Right Jack, The Ladykillers, Dr Strangelove and of course The Goons both on radio and television with his fellow buffoons Spike Milligan, Michael Bentine and Harry Secombe.

It was one of Sellers' life-long wishes that at some point he would be play the part of Chance the Gardener, the main protagonist in this film. He loved the book written by Jerzy Kosinski so much that Sellers sent the author a simple telegram... “Available in my garden or outside of it.”, and included his phone number. In 1979 Hal Ashby (Harold and Maude, Shampoo), directed a screenplay written by the original author, Sellers playing the part he warmed to some eight years previously.

It's a simple story, Chance is a gardener at an old man's house somewhere in New York. Chance has been the gardener for as long as he can remember and he remembers little else. He is a simple person both in spirit and mind, childlike he takes people at face value, and offers up nothing but honesty. He doesn't understand the outside world, the only saving grace is that he doesn't know he doesn't understand. His employer though dies and the lawyers who are closing the estate ask Chance to leave. Chance, having nowhere to go, wanders aimlessly before inadvertently being bumped on the leg by a reversing automobile.

The car belongs to Mrs Rand, wife of Ben, the owner of The Rand Corporation, and she takes Chance home to have her own doctors examine him for any injuries. What follows though, through a series of mistaken identities is that Chance (or rather Chauncey Gardener as he comes to be known) seems to bewitch those around him; they listen to his simple reflections on gardening thinking he is portraying parallels with the American economy. Eventually Chance, with the help of Ben Rand, becomes a trusted advisor to the President.

At face value this is a tale of mistaken identity and those in power being manipulated by those large corporations pulling the strings from behind the scenes. Certainly Being There has much to say about the influence of those not formally elected into government, those people who in fact are the ones running nation states. How is the general public to know where policy comes from? The upper classes and their desire for power and greed, or in fact a 'lowly' gardener who at the end of the day seems to have more to say in his own simple terms than any of those who have gained wealth and power? There is one superb scene taking a swipe at the then state of American politics where one of Chance's oldest friends (and in fact his only friend to date) states that anyone can raise to power in America as long as they are white, no matter your credentials. My how times have changed.

It can also be seen as a satire on the state of the media industry at the time. With television firmly rooted in the family home, people were turning away from more traditional forms of entertainment, relying on all of the daily intake from the outside world to be force fed to them through our illustrious goggle box. Why read newspapers when we can watch TV? Why exercise when our television shows us how to do it in the comfort of our own homes? Why indeed make love when we can practice all of the contortions we desire by following the instruction of those people telling us what to do from the small square box in the corner? The people who make up the world as we see it are equally lampooned. Through a series of Chinese Whispers they concoct the fictitious life of our Chauncey Gardener without ever having one shred of evidence to back up their stories and theories.

Ultimately though, like all of his other films, it is Peter Sellers who carries this role and this film to the degree that it will go down in cinema history as one of the all time, off the wall greats. There are a few deleted scenes where Sellers could do nothing but laugh ( more on them in the extras section later ) and you can understand why. It is a testament to his ability that he actually managed to get this film finished because from start to finish it is an hilarious piece, albeit one which doesn't immediately jump up and smack you in your face with a custard pie. Understated is the order of the day here and even that might be overstating it a little. There are wonderful comedy moments with Sellers' eyes telling the whole story, a slight look here, a little nod of appreciation there, a look of childlike wonderment at the situations he is faced with yet doesn't quite comprehend their importance. His talents are backed up by a wonderful Shirley MacLaine, an actress I have always had a lot of time for ever since I first saw her all those years ago in Billy Wilder's excellent The Apartment. She adds an air of class and gravitas to the proceedings, superbly bouncing off of Sellers' gardener; providing the black to his white, loving his simple approach to life and like all others not knowing that Chance really is a little dim, not just continually speaking in parables. Melyvn Douglas picked up an Oscar for best supporting actor that year as Ben Rand; the infirm, aged businessman who is at the real helm of the flagship US and who takes Chance into his home and heart. The three have an excellent rapport on screen and any situations they find themselves in you are left feeling welcome, as though you're a visitor allowed to sit in on their conversations.

All of this and more leaves us with a comedy of both epic and sombre proportions. It asks many questions of both ourselves and of the leading character Chance, and ultimately we are left with a superb finale which simply makes us wonder at what we have just seen in the preceding two hours or so. Who is Chance, does he really know himself and can life be lived by just winging it from day to day? Life is just a state of mind so the saying goes, and one which this film reiterates so well. At the end of the day though that is essentially what this film is, a state of mind. You can gain so much from it, from so many different levels and even after seeing it countless times over the past 30 years I still have questions about it and still find new ways in which it entertains me.

By far the best film that Hal Ashby ever put his hand to and with regard to Sellers perhaps only Dr Strangelove pips this to the post as the best work of his too short a career. This film demands a place on your hallowed Blu-ray shelves, it deserves to Be There!