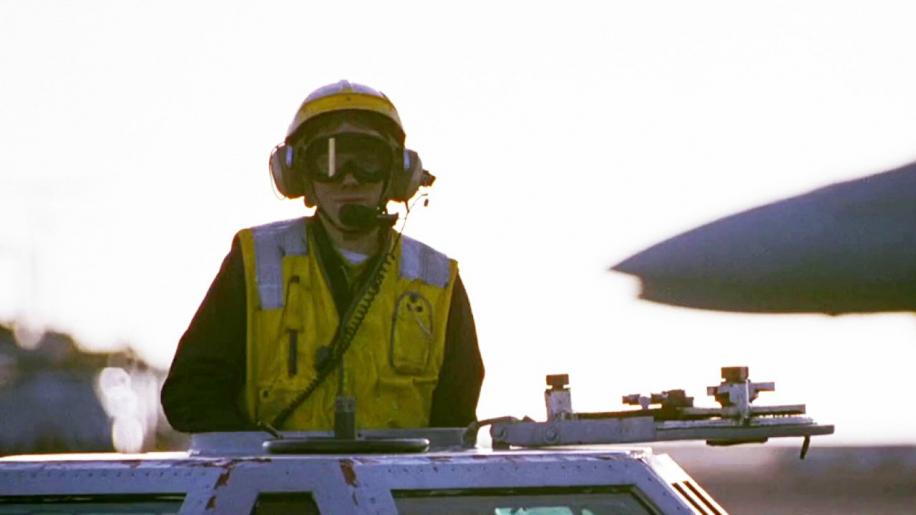 An American pilot (Wilson) is shot down over Bosnia and finds himself stuck in what is apparently a wartime version of The Fugitive, in which he runs from place to place making friends and avoiding capture.

Man, does Owen Wilson get a good workout in this film! For the best part of 106 minutes he runs from here to there, stops to get his breath, is shot at and then immediately starts running again. How can his heart take it? Despite being based on a true story, Behind Enemy Lines is pure Hollywood hokum pitting the good ol' American boy against the evil hordes of the Bosnian army. The attempts at touching on the reality of the conflict are insulting (as is the fact that the only friendly Bosnians Wilson meets are drinking Coke), the story continually strains at credulity and the direction employs every lame visual trick you can think of. But, as far as straight-ahead action films go, this one is certainly unrelentingly uptempo and both Wilson and Hackman, as usual, are a joy to watch. It's an enjoyable film, in the best trashy, gung-ho action sort of way.