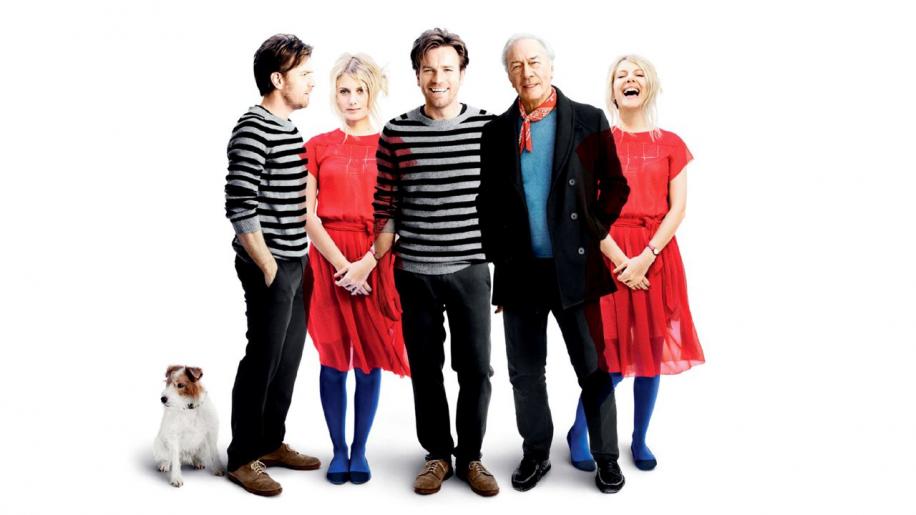 At once sweet and touching, yet also unconventionally honest, the sophomore directorial effort from Thumbsucker’s Mike Mills is an eminently personal – indeed, semi-autobiographical – tale about love and loss; searching for happiness and being happy with what you’ve got.

Despite its much-deserved Oscar win, it passed by audiences with little fanfare, and went largely unnoticed even on home release late last year, which is a real shame because it’s a very insightful film which eschews all the standard traits of a rom-com-drama in favour of telling it how it is, albeit in a fresh and distinctively stylish way.

Similarly, again in spite of the aforementioned Oscar recognition, it would be easy to dismiss the cast, headlined by Ewan McGregor – who has fought hard over the last few years to dispel any notions of wooden acting that might have stemmed from his spell as Obi-Wan Kenobi in the Star Wars Prequels –with support from veteran actor Christopher Plummer and French actress Melanie Laurent. It’s actually a brilliant cast, with this trio of core performances grounding the characters in reality and perfectly evoking the right sentiments for each and every one of them.

The story, told in a daringly back-and-forth non-linear fashion, juxtaposes the events in the life of a late thirties graphic artist, Oliver, both just before and just after the death of his father, Hal. After 45 years of marriage – upon the death of his wife – and at the ripe old age of 75, Hal came out of the closet, in a fleeting last-ditch attempt to get a taste of the life that he had been wanting to lead since he was young. Yet just a few years into his newfound freedom and happiness, Hal was diagnosed with cancer. As Oliver tries to move on and resolve the revelations of the last few years in his mind, he reflects upon his father’s slow death, and his unstoppable thirst for life, and when he meets the free-spirited actress Anna, he realises that this may well be his own shot at true happiness – but finds himself still haunted by the regrets and restraints instilled in him from his difficult family background.

Using the source of his own personal experiences – his own father having come out of the closet at 75 – writer/director Mike Mills has crafted a thoroughly engaging, very relatable drama conveyed in a very unusual fashion. Although initially disorientating, we soon have a narrative voice-over from the lead character, who takes us through the events – both past and present – adeptly and clinically, conveying his feelings and emotions physically, whilst relaying the events in a matter-of-fact fashion. At once we learn of the history of these characters, and know the pains that they are facing; whilst we are slowly enlightened as to the glimmer of promise that their lives hold, and wait with baited breath in the hope that they will grasp it tightly with both hands.

Mills intersperses flash still images from historical points in the past – the sun, the stars, the president and the photographs of his mother and father as they were when they were born, when they met, and when they died – with equivalent images from his present, highlighting the changing times, the change in society, and using this juxtaposition to expand upon the background of the characters in the story, allowing you to get a feeling for where they came from, the nature of the times that they were born into and brought up in, and the reasons why they made the decisions they made across their lives.

These days it would seem eminently unlikely that a young man would choose to marry a woman and live the best part of his life ‘straight’ when he knows in his heart that he is gay – society has largely evolved to allow for this kind of freedom. But back in the 30s, 40s or 50s? It was regarded as little more than a disease; and it was felt that, somehow, it was something that could be ‘cured’. Yet interesting observations are made about the other ways in which society has changed – the lead character of Oliver slowly coming to realise that there was merit in his father’s adoption of the notion that he should be ‘happy with what he’s got’ and an acceptance of the fact that his father and mother still had a reasonable life together, even if not one which – by modern standards – would be regarded as healthy.

We are also reminded that, back when society was dealing with – and recovering from – world wars; when people were striving just to exist, there was much less time to revel in our own issues, and perpetually despair about the things that we are missing. The melancholic malaise of the modern generation is defined by our constant focus on what we don’t have; on what makes us unhappy. The theory here that is proposed is that, back then, society may have been far less forgiving, but people were – on the whole – a lot less introspective and self-obsessed. They weren’t as bothered with what could make them unhappy, as they were too busy dealing with the necessities of life, and merely had time to cherish the good things that they had.

Of course, stylistic elements are all good and well, but none of this would truly be conveyed without the strong and honest performances of the three lead characters.

Ewan McGregor (The Island, Haywire, The Ghost Writer) does a stellar job as Oliver, on distinctly restrained form as he goes through the increasing tragedy of his father’s last few years, finally coming to life when he meets his soul-mate, only to be pulled back into himself by his past experiences. McGregor brings a wonderful warmth to the role, his feelings and his pain coming out less through his words and more through his actions – like what he brings to the table at work after his father’s passing. His work as a graphic designer leads him to conceive of a visual story that tells of a world which was born without sadness, where sadness was invented by the people within it – had he spoken the words himself, it would have come across as trite and unconvincing, but in pictorial form, delivered as a misguided concept for a work project, it is so much more poignant and effective.

Opposite him we have Melanie Laurent (Inglourious Basterds, Le Concert, The Round Up), whose disarming smile, penetrating eyes and gentle demeanour – coupled with a true passion for life – threaten to derail Oliver’s melancholy in what could only be a positive way. Yet Laurent’s Anna has her own issues to deal with, again cleverly disseminated in easily digestible moments – the phone in her apartment rings and rings and she relays a story to Oliver that, if told in a straightforward fashion would, again, feel overly melodramatic; demanding sympathy where instead it merely invites it. You can’t help but shed a tear for her tragic backstory, even though her character never asks for it.

The two share great chemistry, making their love story all the more touching and realistic: you could see how these two could easily fall in love, and forget the self-enforced rules and regiment that defines their lives, so much so that when the two collide – their almost dream-like love for one another, and their very real lives – one wonders whether they can still sustain a happy existence. It’s painful to watch, but in a good way. This isn’t saccharine-sweet romance, this is life and love exactly how it is.

Of course we can’t forget the Oscar-winner at the centre of it all, Best Supporting Actor Christopher Plummer (The Girl with the Dragon Tattoo, The New World, Star Trek VI: The Undiscovered Country), who really pulls out all the stops, even in the twilight of his own stellar career, to give a defining, standout performance as Hal, the father finally freed from his shackles to live a life of pure happiness, after years of conforming to expectations. It’s both shocking and disarming to see just how much he has settled for over the years, and just how much he must still settle for in his last few years purely as a result of his old age. In many respects his character is the polar opposite in nature to his son, Oliver, who simply refuses to settle for anything less than something that likely doesn’t even exist. Plummer brings such dignity, passion and realism to the role that you almost believe that he is living the story, rather than just acting it – surely the greatest achievement that any actor can hope for.

I can’t help but mention the canine addition to the cast, especially after Uggie the dog nearly stole the show in the other recent Oscar-winning, The Artist. Here Cosmo – a Jack Russell Terrier chosen to play the role of Arthur, the dog that writer/director Mike Mills had in his own early life – not only tries to steal the show, but also gets some of the best lines. We are informed, early on, that a dog can understand about 65 different words, and, subsequently, occasionally have subtitles appear to denote what the dog himself is thinking. It’s a trick used sparingly, so it never drifts into gimmick territory, but the dog himself has some very poignant and insightful comments to make to Oliver, which are often very reflective of what Oliver himself should be discussing with his own subconscious.

It’s a shame that movies like this largely go ignored or underacknowledged as a result of their lack of Big Screen draw. There are no big names attached to the project; it’s neither the biopic of a famous historical figure starring Meryl Streep, nor is it a fun and frivolous gag-packed comedy; it’s neither an effects-and-stunts-driven Blockbuster, nor is it even a poignant and touching family drama headlined by a big name like George Clooney. And yet Beginners will best the majority of these kinds of movies, and, despite being comparatively obscure, stands alongside films like The Descendants as an equally worthy and equally touching drama.

If, like me, you’ve put off seeing it for many of these, understandable, reasons – or if you’ve just never heard much about it other than in passing, then I strongly recommend you seek out Beginners. It never seeks to teach you about love or life – it doesn’t even presume to offer that kind of insight – and yet there is likely so much that you can learn just from spending 105 minutes of your life watching it. Highly recommended.