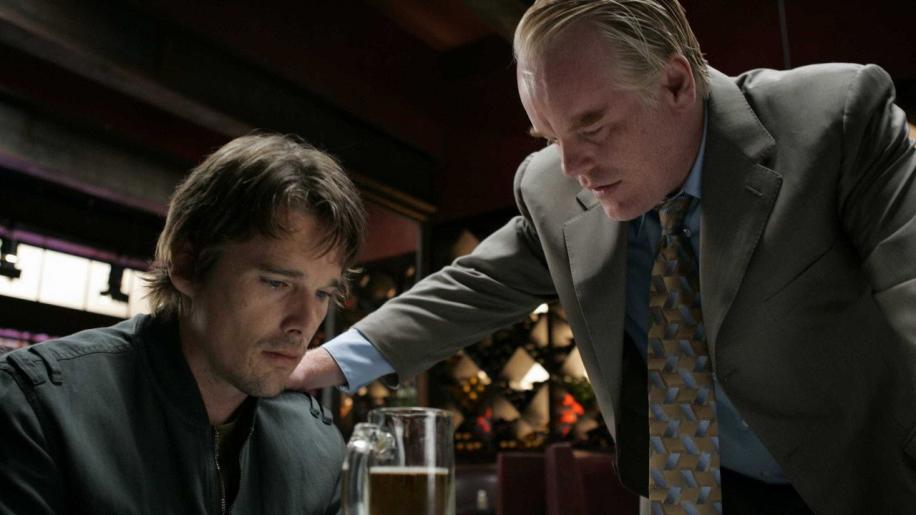 Before the Devil Knows You're Dead Movie (2007)

With superior movies like Michael Clayton, There Will Be Blood and even the recent Gone Baby Gone helping return some sense of class, substance and depth to Hollywood, telling their respective tales in a classic style - Clayton's conspiracy, Blood's powerful epic and Gone Baby Gone's detective story, I had high hope that acclaimed Director Sidney Lumet's Before the Devil Knows You're Dead might follow suit. The man behind some of those original classics like Serpico and 12 Angry Men, he assembled a noteworthy cast for his latest endeavour, including Phillip Seymour Hoffman, Ethan Hawke, Albert Finney and Marisa Tomei. With all this going for it, surely it had to be another great movie?

Andy and Hank are brothers who, for very different reasons, are both very much in need of some good luck - and some quick money. Andy's slimy manager convinces Hank's layabout loser to commit armed robbery on a local jewellery store which happens to be run by the pair's mother and father. Knowing the layout of the building and that their retired parents are seldom on the premises, as well as the fact that the jewels were heavily insured, the plan seems simple and a sure way of making some money. What could possibly go wrong?

Before the Devil Knows You're Dead is an intense study of self-destruction, of immoral - or just plain dumb - people making bad decisions and getting themselves in terrible - and easily preventable - situations. It explores the collapse of an entire family unit, father, mother, brothers and one brother's wife, in intricate and honest detail. The plot, even if -on paper - it is quite predictable, remains compelling, as you hope that at every stage another choice would be made. You hope that there might be some glimmer of hope in this depressing tragedy. Unfortunately tragedy - even Shakespearian - can only work if you actually like some (or one) of the characters, and this bleak drama is distinctly lacking in that one vital aspect.

I've heard rave reviews about Phillip Seymour Hoffman's performance in this movie and they're not wrong, he is great. The trouble is, he's great at being absolutely impossible to like, a slimy wretch of a man - he's the brother who knows better but chooses to take this road anyway. Ethan Hawke also does well, but again at being a character who is simply too cowardly a weasel to like, the brother who is too stupid to realise the inevitable consequences of his actions. Albert Finney cries and scrunches his face up a lot as the father who watches his family self-destruct around him and Marisa Tomei will probably make your jaw drop as the woman who got caught up in the middle of this mess. Still, despite the high quality in the performances of these noteworthy actors, it's all for nought when you find that you don't care about any of the characters. Struggle, cry, live or die, all you wish is that they would hurry up and get on with it.

I like movies which take their time and create a suitable atmosphere to unfold a decent story. I like movies that give us realistic characters with depth and honest emotions, flaws and weaknesses as much as moments of glory. Hell, I absolutely loved There Will Be Blood, a movie that was arguably basically all about one pretty selfish and nasty (erm, sorry, I mean ambitious) individual's quest for power - but I loved it because, even if it was difficult to like the main character, you had to admire him for his tenacity, his determination. It made the story compelling. Here, there is simply nothing to admire about any of the actions of any of the characters. You don't feel any sympathy for them, don't even feel any pity for them, so when the tragedy unfolds, the results are in consequential. It's a shame, because if there was anything in any of them that you could even slightly relate to this might have been a real gem of a movie - an intricate study of a flawed family. But, as is, it's all doom and gloom, and it feels like it couldn't have happened to a more deserving bunch of immoral or amoral individuals. Bleak and unsatisfying.