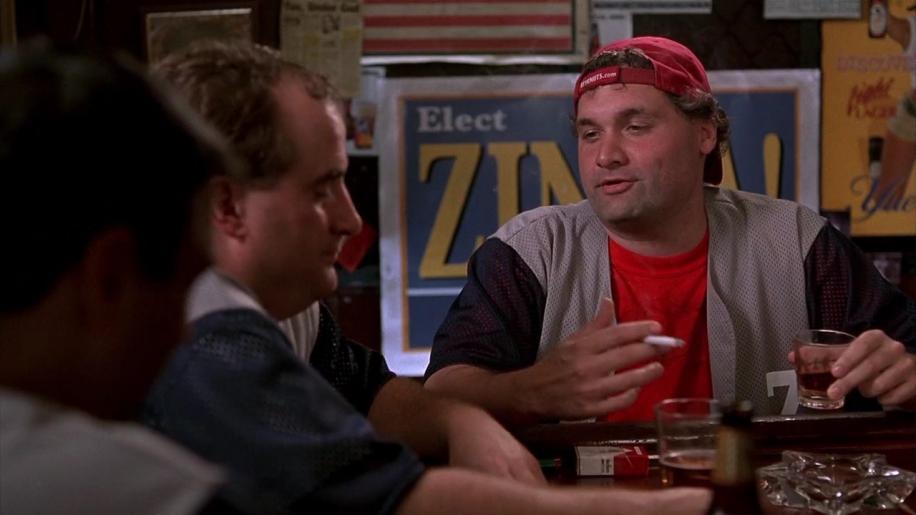 If one could argue that in order for Blu ray as a format to be a success it needs to achieve mass-market penetration - then it must be true that it must have a wide range of films on its rosta. The format certainly has its share of blockbusters, but for every blockbuster released there seems to be at least two films of rather questionable merit.


Some of these have been really bizarre releases. “Comedies” that have never made it anywhere near the cinema are often finding a home on the primary HD home media format. It is a bizarre state of affairs, but obviously the films are finding a market or there wouldn't be such a steady stream. The latest offering in this genre is Artie Lange's Beer League.


The thing I find perhaps even more bizarre than the fact that there is a market for these film, is the fact that people actually get together and make films like this. There is simply no pretence involved here whatsoever. There is no aim at creating art - just pure, low brow comedy.


The plot, if you are in a generous enough mood to describe it as such, is pretty standard rubbish. Artie DeVanzo (Lange) is a 40 year old man who likes only two things. Beer and Softball. He plays in a softball team with a group of friends including Ralph Macchio (Karate Kid) but they consistently lose due to the inebriated state of the players. Their arch rival (Anthony DeSando) hoists a dastardly plan to have them kicked out of the league, and it is at this point that DeVanzo decides to take things seriously, lighten up on the alcohol, and actually attempt to win a match.


This truly is dire filmmaking. The plot is simplistic and obvious, the characterisation broad and unappealing, the direction devoid of any imagination, and the script amazingly unfunny for a comedy. Indeed, I have reviewed a few turkeys during my time here, but this is quite possibly the worst yet. The “humour” often mistakes crudeness for cleverness, and is never afraid to reach for the lowest common denominator.


The actors are appearing to have fun with the making of this film, and it really is rather difficult to imagine why. Macchio, in particular, seems to have no sense of just how desperately low his career has sunk - appearing to relish every unfunny scene he appears in. It is very difficult to making any comment on their acting ability - as they are merely required to mug for the camera, but they do all display a natural enthusiasm for the project which does go some way to offsetting the cynicism of the whole venture. But barely.


In the same way as the actors are not required to provide great work, likewise the director is not required to show much imagination or flair - and he proves himself adept at this kind of gig, proudly showing very little of either.


At the end of the day, Artie Lange's Beer League is exactly what you would expect when you buy it. It is low brow comedy that is not afraid to plumb the depths in the name of harvesting a joke, and at least the cast do seem to be having fun with the material. I can't imagine that the film is going to convert any newcomers to the genre, but if this kind of comedy is your blag then you are likely to enjoy this film.