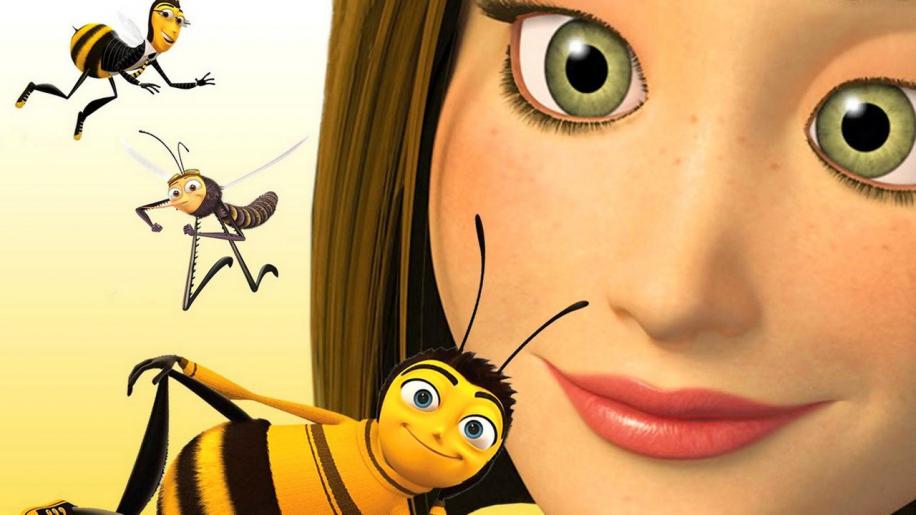 Jerry Seinfeld of “Seinfeld” the TV show has won much acclaim for his style of comedy over the years. That's not say that he is to everyone's taste, since humour can only ever resonate with those that can relate to it and actually find it funny. It's therefore slightly strange that Seinfeld decided to return to the public fray after much of an absence in what amounts to an animated movie about Bees.

DreamWorks have become a renowned studio and have singularly taken on the might of Walt Disney in recent years to be able to truly compete when it comes to animated productions. There remains a distinction in the two products that originate from each of the studios. Walt Disney remains focussed on the classic animations and use Pixar for more of the cutting edge stuff. There is always a feel of a timeless quality around a Walt Disney movie. You never quite know what it is but you know it's a Walt Disney for sure. DreamWorks on the other hand have always produced equally adept animations that capture and enthral the audience but have managed to add a greater degree of contemporary wit to their proceedings. So when you have the wit and humour of Seinfeld coupled with the expertise of the DreamWorks crew to be able to bring that to visual life, it really should be a feast for the eyes, ears and senses. It should also be a production that is really 'with it'.

Bee Movie has no shortage of household names and stars adorning its voiceover list. A quick scan down the list reveals Jerry Seinfeld himself, Matthew Broderick, Renee Zellweger, Chris Rock, Oprah Winfrey, Sting, Ray Liotta to name but a few. It's an impressive cast and the list certainly goes on and on and it's clear testament to the quality that such a collaboration of studio and writer can attract. With all this going for it surely Bee Movie could never be considered as a B-movie? However, sometimes when you chuck everything into the mixer and then add a little more for good measure, that does not always guarantee success. Surprisingly, it's here where this movie actually all goes wrong.

When it comes to animation there is one golden rule of thumb and that is to “keep it simple”. Whether it's children or adults no matter what the age, everyone loves these types of movies. Audiences love the simplicity and accessibility of an animation - nothing beats them and there's very little to go wrong. Where Bee Movie does go wrong however is that it tries to do too much with too little. Quite surprisingly what should have been a straight fire hit is rather a hit and miss affair.

A quick synopsis of the film breaks it into four segments and I must say it's four unnecessarily over complicated segments. The introduction of the bees themselves, bees that can talk and have relationships with humans, bees that can take on the might of the commercial and legal world and the bees with a social and environmental conscience to put things right. Is it any wonder with such a complicated spine to the movie that the humour is all but lost? If there is one criticism of Bee Movie it's that it genuinely is not as funny as it should have been.

Barry B. Benson (Jerry Seinfeld) is an average bee that has just graduated with all B's (yawn, yawn) along with his friend Adam Flayman (Matthew Broderick). They're humble (whoops almost said bumble) worker bees and they are expected to choose a job to do in the Honex Corporation producing honey all their lives. Only snag is worker bees have to choose a single job and it's there's for life. Well the idea of staying put in a repetitive job doesn't sit well with an adolescent Barry. With a yearn to venture out of the hive it's not long before he somehow mixes with the elitist and supremely fit bees known as the Pollen Jocks and is taken on a mission outdoors to collect the pollen. Needless to say he loves the world on the outside and whilst outside and through an inadvertent mistake, he gets lost and caught up with humans. Well he's a bee and a bee that mixes with humans who have a phobia of stinging insects is not likely to have such a long life is he? It's only through the pity of Vanessa (Renee Zellweger) and one short swat away from life and death, that he gets given a chance to live. This act of kindness then goes on to form the basis of their friendship.

So now we're into the second segment of the film where as a bee he breaks the single most important bee code of law in that bees must never talk to humans. Barry obviously does and so a rather strange relationship of sorts starts between Vanessa and him. A bee and a human having a relationship I hear you say ? Yes, that's exactly what happens here.

Quickly onto the third segment, Barry soon realises that the world is full of inequalities and the commerciality of mass produced honey farms has been putting his much maligned busy brethren through a lifetime of intolerable hardship. Barry sets to put the world to right and takes on the honey industry in a bid to shut them down and return the honey to the bees. This is in fact the main stay of the film and forms the courtroom battle between the bees of the world and the honey manufacturers. Cue Judge Bumbleton (Oprah Winfrey), the eyes and ears of the world and the mighty Layton T. Montgomery (John Goodman) as the defence lawyer. Well after a long drawn out courtroom battle Barry B. Benson wins and the defeat puts the honey industry out of business and returns all the honey to the bees.

What happens next is a rather strange attempt to try re-addressing the social order that a functional society provides. With all the honey now returned there is precious little work for the bees left to do. What used to be the thriving hive of the Honex Corporation soon comes to a grinding standstill. There's nothing left for anyone to do and Barry soon begins to realise that although he may have won the morale war his victory has actually defeated the existence of purpose. It's also not long before all the flowers begin to wilt and die. Bees are important little things you see, not only are they busy making honey all day long, but whilst collecting pollen they are merrily cross-pollinating flowers in the process. Well it's not long before Barry and his friends appreciate the error of their ways and begin to put things right.

Bee movie is a strange little movie. It misses its marks of being as funny an animated movie as what should have been with Seinfeld at the helm. It's enjoyable and it has its moments but these are all but lost in the overly complicated and convoluted story. It tries to draw the parallel of bees and the human world and equates the honey to the money. DreamWorks have provided the technical wizardry as always but this bee of a movie somehow misses its bumble stripes by a fair margin and ends up being a bit of a sticky mess. Sometimes keeping it simple is best.