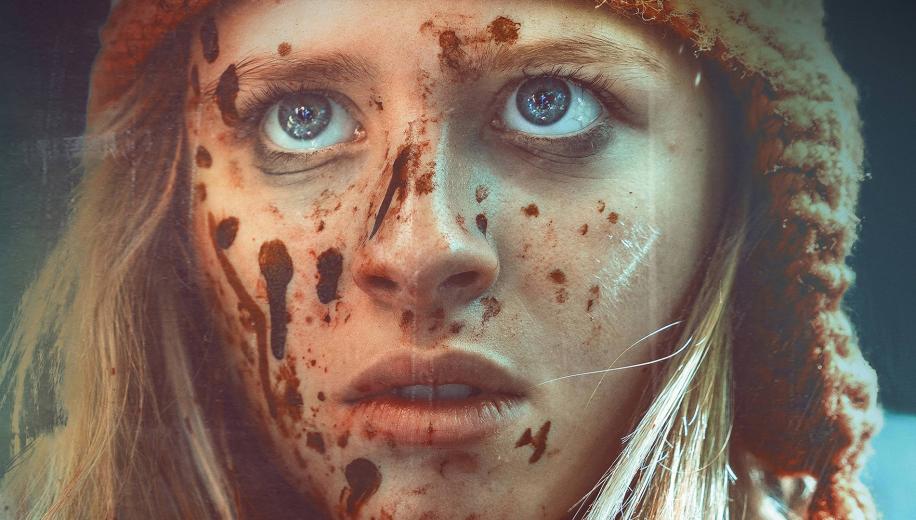 Bushwick directors Jonathan Milott and Cary Murnion turn in an absolute gem of an indie thriller with teen Lulu Wilson on fabulous, fiery form up against a surprisingly imposing Neo-Nazi Kevin James.

Milott and Murnion previously partnered with Dave Bautista and Brittany Snow for the atypical survival thriller, Bushwick, turning in some very effective indie invasion thrills and giving Bautista a little more to do than his usual action fare (Escape Plan 3 and Final Score are the kind of films that mask the extra he brings to everything from Guardians of the Galaxy to Blade Runner 2049). Here, the directorial duo arguably go smaller in scale, shooting for what appears to be a single-set home-invasion-style thriller, but finding innovative ways to keep the flick colourful and fresh.

Tonally, Becky knocks it out of the park

Thirteen-year-old Becky is in a bad way. It's been a year since she lost her mother, school's tough, and she's struggling to tolerate her clearly loving dad now that he's got a 'new family'. Thinking that this is all going to change when he takes her away to their old family lakefront vacation home, she's disappointed to find he's invited her potential future step-mother and step-brother along for the break. It's the least of her problems though when a bunch of Neo-Nazis break out of prison and turn up at the house.

Tonally, Becky knocks it out of the park. Anybody coming into this expecting Kevin James to be... well, Kevin James, is going to be in for a big surprise. It's like the difference between the Vince Vaughn from Dodgeball and the Vince Vaughn from Brawl on Cell Block 99, with James an almost silent, imposing force of dominance and absolute terror, supported by a motley crew that includes the 7 foot tall shipbreaker from Sherlock Holmes, Robert Maillet. These guys are introduced through a series of short but painful scenes where basically people die, so when they hit the family vacation house, you're under no illusions that these innocents - even the kids - are going to be spared.

Milott and Murnion build the tension exceptionally well, eventually refocussing on Lulu Wilson's troubled teen protagonist, Becky, who is left out of the party, John McClane-style, and has to figure a way to stay alive and - if possible - strike back. Wilson is just the right side of insufferable (with reason) in the role, and never posited as superhuman, trying her best with kid radios and school stationery, improvising her way through the routine, blending First Blood and Home Alone in her mix of kid's weaponry and bloody confrontations, but retaining a superb balance of 'realism' along the way.

Becky does revel in its intermittent gore, but that only fits the tone, and it's the cherry on a very satisfying little indie cupcake

Kevin James owns his role too, and is pretty damn scary as the Neo Nazi head honcho, determined in his quest. It's also clever how the group - apart from a couple of red shirts - aren't painted as one-dimensional. James may be portraying an utterly delusional psycho redneck, but he's got some underlying agenda which motivates him beyond just being 'evil'. He will just do whatever it takes. And Maillet, who could have been easily the "Jaws" of the effort, much like he was in Ritchie's Sherlock, is pleasantly offered some pause for reflection, often tasked with the most unpleasant of jobs for his leader - like the dispatching of children - and clearly torn over whether or not this is really necessary to accomplish their mission.

Well, structured, with enough tricks up its sleeve and surprises along the way to keep the momentum going across the lean 100 minute duration, Becky does revel in its intermittent gore, but that only fits the tone, and it's the cherry on a very satisfying little indie cupcake.