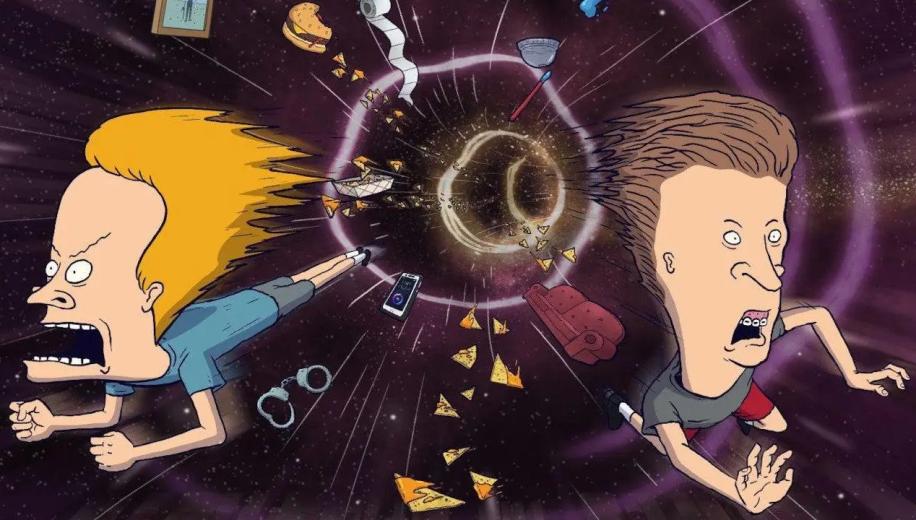 Beavis and Butt-Head Do the Universe Movie (2022)

Over 25 years on from their last movie adventure and the wacky whackers are back for more crazy frivolities, reminding us just how much we've missed them.

Mike Judge's Beavis & Butthead was at times inexplicably excellent viewing, peddling in ostensible puerile humour but frequently proving sharply insightful (some of their Pantera music video commentaries are comedy gold). Sure, it may not have been to everybody's tastes, but what comedy is, and for fans the transition to their first movie, 1996's Beavis & Butthead Do America, was a magnificent one. Now, over a quarter of a century later, we get a follow-up which launches them - einstein-rosen-bridge-style - into the modern age.

After accidentally winning a trip to NASA, Beavis and Butthead black hole their way into the future, landing in an age of talking pocket TVs, infinite nachos, and gender studies classes, tasked with a mission to save the universe from alternate dimension versions of themselves, but ignoring that on a quest to score with a girl who they nickname Siri, and talk to on their phone.

Beavis and Butt-Head Do the Universe comes to Paramount Plus in the UK the day after its US release - yesterday - and it'll likely be a good reason for many (who haven't already) to dip their toes into this new streaming service, making that 7 day free trial an extremely attractive one all of a sudden. In a strange age where almost no new production, TV or movie, can escape criticisms of agendas etc., warranted or not, things like Peacemaker and now this are a refreshing breath of unfiltered fresh air which bring us back to an age of clever-but-lunatic humour. Chris Morris would be proud.

... a good reason for many to dip their toes into this new streaming service

Indeed, Do the Universe comes at an interesting time, finding a welcome voice of ridiculous humour to let loose to. It's surprisingly new, but utterly familiar at the same time, no doubt thanks to the Judge's perfect vocals, bringing this lovably moronic duo back to us in grand nacho-chomping style, as they make innuendos out of just about anything, and then even ridicule themselves for it. Barely hitting 85 minutes before credits, it never outstays its welcome, and whilst it may not quite go down in B&B history as one of their all time high outings - there are regular chuckles, but only a handful of belly-laughs to be had, although those are still arguably worth it - it has paved the way for the upcoming new TV show (reportedly out in the US day-and-date with the movie) and, frankly, off the back of this, more time in the company of these insightful idiots is probably just what we all need right now.

BEAVIS AND BUTTHEAD DO THE UNIVERSE is on Paramount Plus in the UK from 24th June 2022. 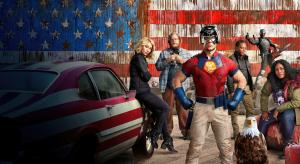 by Cas Harlow · Mar 22, 2022
The TV spin-off nobody expected, from the soft reboot sequel nobody asked for, Peacemaker is one of the best new shows you may or may not get around to seeing in January - EDIT - but which has finally landed in the UK in March!
9