Beauty and the Beast Movie Review 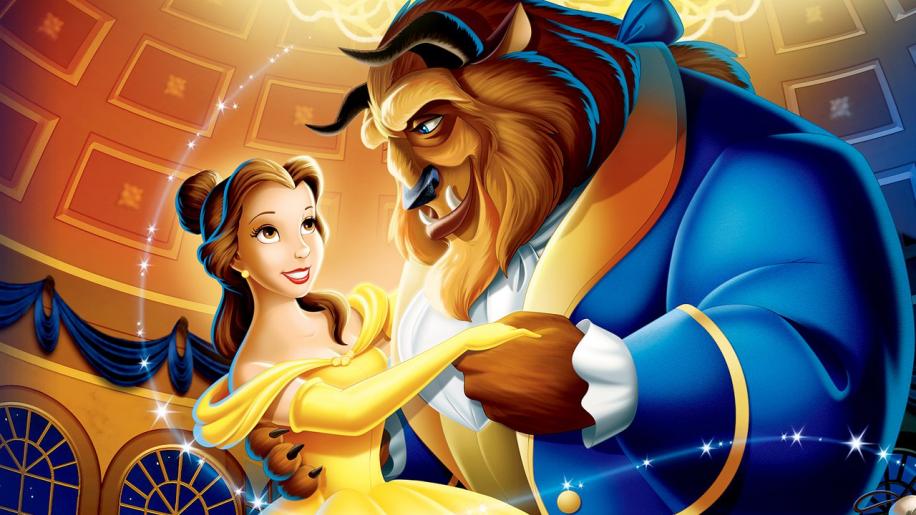 For many years, Disney movies were considered to be the domain of the ankle biter by many ‘adults’. I’m happy to confess that I’ve always loved Disney films since I was enthralled by ‘Snow White & the Seven Dwarfs’, which was the first movie I ever saw in a Cinema (and no, it wasn’t upon its original release). A whole string of classic animations followed, but then there was a lull from the 1970’s onwards when the sparkle seemed to be missing. This period coincided with a focus on live action while the animation department at Disney was moved off the Studio lot, away from the building that was constructed specifically for them by Uncle Walt and relocated in a warehouse. This had the effect of isolating the animators but it also united them as a team. They continued to beaver away at their own speciality but it wasn’t until 1991 and the release of ‘Beauty & the Beast’ that the spell of some evil witch was broken and the magic returned to Disney.

The world had also changed by then and an animated film had to have something that appealed to both adults and children. ‘Beauty & the Beast’ excelled on both fronts. It also raised the game in the musical stakes in its bid to hook the older generation. Gone were the cutesy ‘kiddie’ songs and in their stead were numbers that wouldn’t have sounded out of place in a Sondheim musical or as part of a light opera.
I recall seeing ‘Beauty & the Beast’ for the first time and being astonished at the musicality. It had all the appeal of a big time stage musical, but on film, with numbers that caused a rising of the audience’s spirits. At the time of its release someone said that the Best Broadway musical was playing in movie theatres. As a film, it holds the accolade of being the only animation to be nominated for a Best Picture Oscar. It really is a ‘grown up’ piece of animated entertainment. It truly stands out from the crowd, both in terms of critical acclaim and enjoyment by the general public.
The film was creatively impressive in its direction and the now famous ballroom scene was lauded for its use of digital production techniques to achieve a near 3D appearance in an otherwise hand drawn cel animation environment. I’m loathe to describe anything as breathtaking, but this is the only word that comes to mind with sufficient meaning for Disney’s ‘Beauty & the Beast’. It jump started the animation department and they followed up with other crowd pleasers such as ‘Aladdin’ and ‘The Lion King’.


Flash forward 19 years and ‘Beauty & the Beast’ is now released in the USA in a Region free Diamond Edition Blu-ray. Disney fans have a lot to get excited about as the movie looks and sounds better than it ever has in previous VHS, DVD or laserdisc incarnations. The package includes not only the original theatrical version of the movie but also a Special Edition which includes the ‘Human again’ musical number omitted from the original.

‘Beauty & the Beast’ is the charming story of Belle (voiced by Paige O’Hara) who lives in a little town where the townsfolk go about their daily humdrum lives. She dreams about excitement and thinks that there must be more to life than that confined within the boundaries of the village. She’s seen as odd by the villagers as she always has her head stuck in a book. The local pretty boy, Gaston, unfortunately has taken a shine to her and he’s blinded by his own reflection into thinking that she’ll obviously agree to marry him. Now, Belle’s father is a bit of an eccentric inventor type character who one day strays off the beaten path through the woods and ends up in a strange castle. Here he’s taken prisoner by the Beast (voiced by Robby Benson), who was a handsome Prince before he refused shelter to an old hag on a Winters night and she cast a spell upon him that turned him into a raging creature.
Belle tracks down her father and trades her own freedom for his. A strange relationship grows between the Beast and Belle that eventually blossoms into love (ahhhhhhhh). But who could forget the other characters in the castle, who were originally the staff before being transformed into objects by the wicked spell. We have the talking candelabra, Lumiere, backed up by a clock named Cogsworthy and a cute doggy type footstool. Mrs Potts (voiced by Angela Lansbury), a teapot, sings the enchanting ‘Tale as old as time’ over the ballroom dance sequence while her chipped teacup son (Chip) tags along and asks awkward questions.
Meanwhile, back at the ranch, Gaston has hatched an evil plan to force Belle to marry him. As soon as she returns to her cottage, he arranges to have her father committed as an insane person unless she agrees to a wedding. Somehow or other, he also incites the villagers to storm the Beast’s castle by proclaiming that the gentle creature will eat their children (can’t be all bad, then). Will the Beast survive? Will Gaston get his just desserts? Will it be a happy ending? You know the score by now. You’ll have to watch it to find out.

There are many touching moments in the movie, but none so moving as the final end credit that says simply ‘To our friend, Howard, who gave a Mermaid her voice and a Beast his soul, we will be forever grateful’. This refers to Executive Producer Howard Ashman, without whom the movie would never have taken the direction that it did. Before he became involved, it was not a musical and it was his inspiration that led the production team to create the film that we know today. Most notably, he also wrote the song lyrics but sadly never saw the completed movie as he passed away in 1991 before it was released.

A whole new generation now has the chance to discover ‘Beauty & the Beast’ thanks to its release on Blu-ray. Don’t miss out. Watch it tonight!