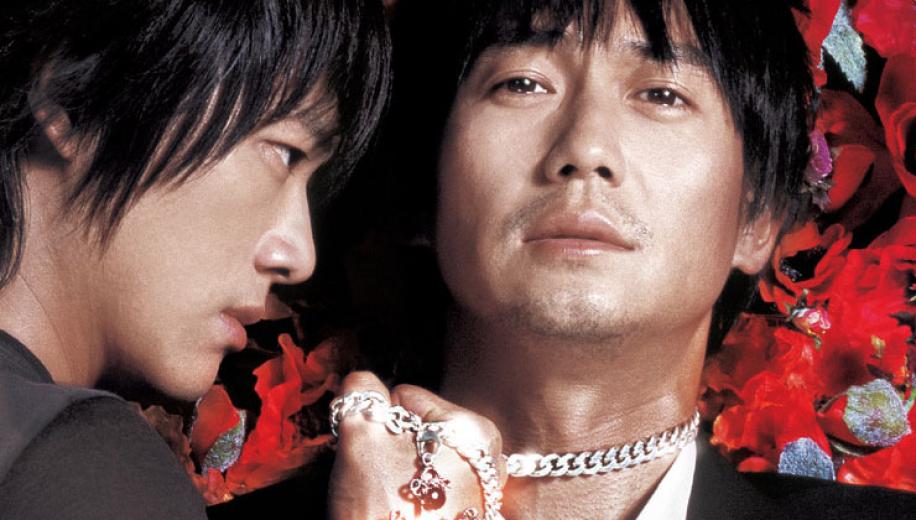 'Beautiful Sunday' was released in 2007 and was directed by Jin Kwang Gyo. Although I am a huge fan of Asian Cinema, I often come across titles about which I have zero knowledge. This is one such movie and I have to admit that I have never heard of the director, nor do I recognise any of the cast. I am aware, however, that this is Kwang Go's directorial debut and he also penned the script, for which he must be commended. If you are releasing a movie in Korea, you have one name to live up to; Park Chan Wook. This director literally put Asian Cinema on the map and opened the door to the global market for literally hundreds of directors. Let's see how this aspiring young director compares to his ultimate peer.

The plot consists of two storylines which run in complete parallel. They are not intertwined in any shape or form and are completely oblivious to one another. One follows the story of a troubled young man named Min Woo, who becomes obsessed with a beautiful young woman who passes by his window every day. He gazes longingly at her from a distance, even treasuring an apple that she drops on the steps outside his apartment. Although young and handsome himself, he cannot break the spell which Soo-yoen has over him and he begins to resort to decidedly stalker like activities to find out more about the woman who has captured his heart. Following his secret love to a restaurant, he is absolutely devastated to discover that she is betrothed to another.

The second plot depicts the miserable life of Detective Kang. With his wife in a deep coma, he finds his back up against the wall, with no one to turn to for help. His medical bills are astronomical and with funds running low, the hospital is threatened the cessation of medical care, sentencing his wife to certain death. Desperately searching for a way out, Kang uses his position of power to liberate some seized narcotics and sells them onto another local criminal. However, the big shot dealer, who got three years when Kang put him away, realises that a large portion of his dope is missing and bides his time before he can recover it. Kang, oblivious to the threat behind bars waiting to exact revenge, continues to care for his vegetative wife, already pondering when his dirty money will run out.

Although the synopsis above is somewhat exciting, the movie is distinctly disjointed and is rife with clichés. Needless to say, near the close of the movie, the connection between the two primary characters becomes clear but the “big reveal” is somewhat of a letdown. This is primarily because we've seen it all before and there is no new ground covered with this effort. Both plots have their merits and points of interest but the characterisation is just not strong enough to draw the audience in. This is in part due to the inexperienced director's inability to get the most from his actors but primarily due to absolutely laughable performances of the majority of the cast. The two primary characters, Detective Kang (Park Yong-woo) and Min-woo (Namgung Mon), are truly tragic and unbalanced but they both completely fail to evoke any emotion at all. Soo-yeon (Min Ji-hye), another prominent character, is prone to bouts of cartoonish hysteria, which are some of the funniest parts of the entire presentation. Most amusing of all, however, are the uber-evil bad guys, who turn out some of the hammiest ham I have seen in some time, providing zero menace or intimidation at any point. And don't get me started on some of the woeful dialogue included.

Aside from the flaws with the cast and script, I also found the parallel plots a little confusing at times. There is lots of pointless and misleading content, such as countless chases through back alleys, with too many secondary characters thrown into the mix. As both storylines finally (and somewhat clunkily) come together, there is some more slight confusion before the whole mish-mashed mess becomes clear. Unfortunately, the climax, which on its own may have been enough to barely warrant a watch, is destroyed by a completely unnecessary epilogue that seems completely out of place and almost insults the audience. I understand that this young director is trying to portray the pain, anguish and obsessive guilt for unforgivable crimes which the two primary characters have suffered but it's simply not believable. There are some unexpected splashes of violence here and there but these are generally uneventful and some of the fight sequences were pretty poorly choreographed. What most certainly shines through is the huge influence which Chan-Wook has had. For example, the chief bad guys gorging on tofu as he is released from prison reminded me distinctly of Oh Dae-su's live octopus routine (and it pales in comparison). Camera angles, concepts and even the mystical way in which 'Oldboy', and to a certain extent 'Lady Vengeance', were delivered are unashamedly lifted wholesale and jammed into this production, akin to some sort of botched medical procedure (not to mention that now completely overused 'Infernal Affairs' rotating shot).

Although the performances are as a whole hilarious, the subject matter is most certainly not. Tragedy is the order of the day and this movie delivers it in bucket loads, with no uplifting moments whatsoever. With the correct cast and a more experienced director, the screenplay may have fared better and the resultant movie would have scored much more highly. Sadly, this is not the case and what we're left with is a Park Chan-wook wannabe, doing his upmost to emulate his hero but pretty much failing miserably. That being said, this is a brave effort for a debut but Jin Kwang Gyo should really have stuck to more straightforward concepts for his first effort. The young director shows some promise (and some short lived flashes of brilliance) but he will have to develop his own style to make it in the big bad world of cinema. Unfortunately, there are simply far too many superior movies out there and this effort falls well short of the mark and barely earns a five (and that's being a little generous due to the fact that this is a debut effort).