"Some see fear, others hope. I see the freedom to be myself, to play by my own rules." 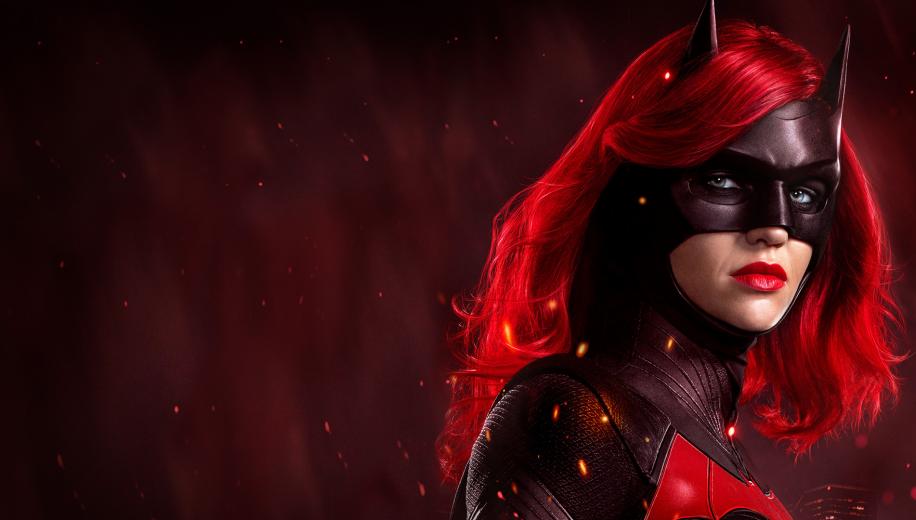 Following one of the worst trailers in TV history, DC's Arrowverse addition, Batwoman, proves surprisingly watchable, retaining a darker vibe, nice nods from the comics and more than a passing tonal connection to the still superior Gotham.

As the long-standing original core entry in the now-dubbed Arrowverse, Arrow, draws to a close after 8 up and down seasons, with potentially others not far behind, the very successful DC TV universe - far superior to its movie counterparts - is understandably looking to expand and fill the void, and what better fit than another angsty masked vigilante? Indeed, bringing Batman into the universe would have potentially thrown the balance off, not to mention the tone, and perhaps felt dangerously close to an identikit retreading of Oliver Queen's playboy come crime fighter. At least Batwoman brings some colour to the part, both it terms of its interesting alternate Gotham-verse and ass-kicking protagonist, even if the price is an excess of entitlement in her insufferable alter-ego Kate Kane.

The character, and the show, are finding their footing, and it's not a bad start really

After training overseas, Kate Kane returns to Gotham to find a missing Batman and a treasure trove of gadgets in her cousin, Bruce Wayne's, mansion. Taking to the streets as Batwoman to combat a crazed new criminal organisation called the Wonderland gang, she clashes with her father who runs his own special operatives - The Crows - and finds that her first big mission may be a more personal one than she expected.

There is a not insignificant amount of irony in the history of the 50s born character of Batwoman, as she was originally introduced into the comics as a love interest for Batman to dispel any homosexual subtext between duo Batman and Robin in an age where such behaviour would be labelled 'deviant' but, half a century later, that very same character was reinvented as something of an LGBT icon for there 2006 comic reboot - a move which garnered a fair amount of publicity and praise.

Of course this doesn't translate over to the Arrowverse with quite as much celebration, as the reality is that diversity has been pushed already across all of the current running shows. Thankfully, Batwoman isn't seeking to go down the painfully political route of Supergirl's incessant rammed-down-your-throat commentary, instead she's rather pleasantly just a tough lead heroine who happens to also be gay, largely leaving any overarching agenda at the door. Sure, her romantic subplot is questionable at best (it's always a warning sign when, if the sexes - or in this case, the sexualities - are reversed, the story wouldn't hold up) but romantic complications are par for the course in these shows, and Batwoman was never going to be any different.

A much, much better start than what everybody was expecting

The action is a little patchy at the outset - with the character overwhelmed by an abundance of new toys courtesy of cousin Bruce Wayne (who has been missing for several years) yet alternately clunky in her use of them one moment (the discovery she's bulletproof was a nice touch) and then impossibly refined the next (basically every time she uses the bat-grapple). Still, the character, and the show, are finding their footing, and it's not a bad start really, giving Kane an interesting backstory, some genuine chemistry with the girl she's patently in love with, and matching her with a kind-of Harley Quinn-lite antagonist in a manic Rachel Skarsten (who, coincidentally, played Dinah Lance in the short-lived 2002 Birds of Prey series). Dougray Scott's accent takes a little getting used to, but he's also a solid 'name' to add to the background, and the clash between the Crows and the Wonderland gang is colourful - and consequential - enough to be something from a season of Gotham.

Oddly, Ruby Rose is both a strong and weak link - convincing as a tough fighter because, well, she has solid form in that department (not least in films like John Wick: Chapter 2) but wielding a little too much entitled attitude and not enough genuine character depth as Kate Kane. Again, it's early days, but the actress isn't particularly renowned for playing characters we really care all that much about, and it'd be a shame if she fell into the same trap as Legends' Caity Lotz - the idea that attitude alone can carry a series lead grew out of fashion post-Knight Rider and, even in those days, you need a little charm too.

Batwoman's slow trickle into the UK is frustrating for fans of the current Crisis Crossover saga, as the relevant Batwoman episode (episode 2 of Crisis!) isn't aired for another couple of months, despite the fact that the rest of the Crisis saga will be over by then. On the plus side, it looks like it'll still be on catchup (currently listed as 160 days) so plenty of time for those with patience. And that'll likely be what you'll need to get through the show, but it's a much, much better start than what everybody was expecting after the awful trailer(s), so fingers crossed this one provides not only a replacement for Arrow, but for Gotham too.