Is this multiplayer worth a premium? 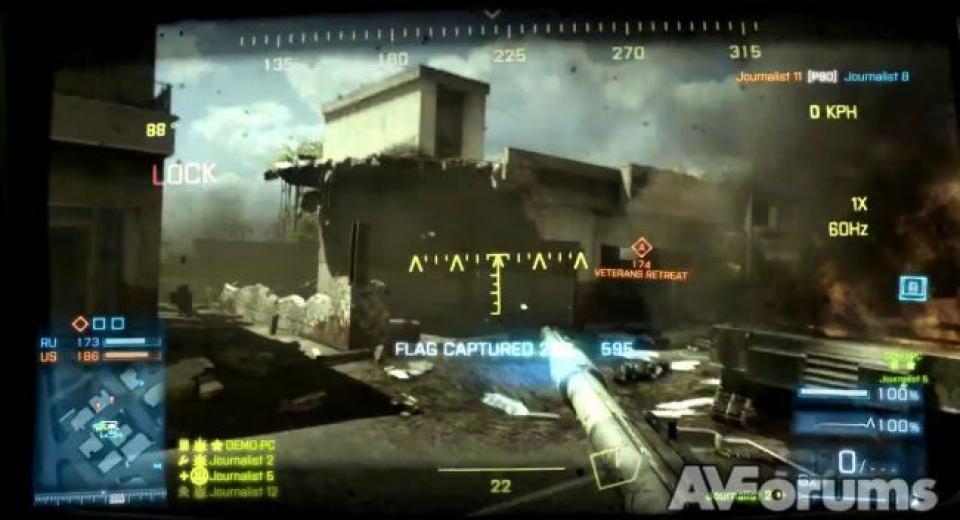 It's been almost a year since DICE dropped the long awaited third edition of their Battlefield series. The disappointment of the bolted on single player campaign has faded and we are well into the long multiplayer tail. As many games start to make the transition from standalone products to ongoing services we take a look at Battlefield Premium Edition and see how its multiplayer has matured.

Launched back in June 2012, the premium service came hot on the heels of other "Season Pass" services touted by the likes of Gear of War and Saints Row the Third. Typically granting fans the ability to pre-purchase all upcoming DLC for a discounted one time payment. Call of Duty took it further by wrapping maps up with a number of services and EA have followed suit with Battlefield Premium.

By the end of July 2012 its was reported in an earnings call that 1.3 million subscribers had signed up to Battlefield Premium. It has recently been bundled up into a retail package with the full game at the original RRP. Drawing some ire from some existing users but offering an interesting package for players who perhaps traded or missed the game the first time round. Premium does boast a large feature set. Most importantly five DLC map packs (three of which are available at the time of writing) each with four new maps bringing the package up to 29 maps in total by March 2013. Also included are 4 new games modes; Conquest Assault and Domination which are variations of existing modes while the remaining couple bring something new. Gun Master is the Battlefield spin on the Counterstrike mode where players race through gun levels by earning kills; ultimately winning the game with a knife kill. Tank Superiority is essentially King of the Hill played mainly with Tanks.

The maps and game modes are the meat and potatoes of the meal, however there are many more extras available which on their own aren't killer features but help to round out the offering. A plethora of weapons, vehicles, assignments, dog tags, emblems and camos are included.

The service element of the package includes two weeks of early access to each DLC bundle, exclusive events, videos and strategy guides. Queue priority into servers, a stats reset feature, the ability to save up to 5 of your favourite battle reports and perhaps most importantly regularly scheduled double XP weekends. All of this is undoubtedly an attractive package and the rapid uptake proves there is a dedicated ecosystem of players to drop into, finding a game certainly won't be an issue. In the original review of Battlefield 3 my main critisim was of DICE's apparent obsession for competing with Call of Duty, the level chosen for the beta "Operation Metro" was an infantry focused close quarter affair. With the addition of regenerating health and streamlining of classes they seemed to be watering down the formula Battlefield was so well known for.

What the DLC offering does is broaden the variety on offer, Armoured Kill delivers the largest map ever seen in a Battlefield game whilst focusing on vehicular combat, Close Quarters leans further into the Call of Duty comparisons, but with some of the most popular maps from Battlefield 2 such as Karkand and my personal favourite Wake Island there is an aura of inclusion and choice the game was missing at launch. Each of the new maps is designed to enhance and focus certain aspects of the game which may not have been possible in the few maps shipped with the original release.

Gun Master is a smart addition giving you a fun way to experience a cross section of weaponry, Tank Superiority adds  a variation of gameplay which can't be found elsewhere and the addition of an AC130 in Armoured Kill they add a spin to another staple of the genre. While Battlefield may be able to strip down its elements to match the gameplay of its peers it's much harder for its peers to do likewise. Variety continues to be this title's strength and each DLC pack aims to broaden its horizons.

Battlefield has always been about choice, shooting people in the head; although an effective way of topping the leaderboards it is crucially not the only way of doing so. Support classes and team work often play just as important a role as reaction and accuracy. Your team can be even further enhanced with the Rent-A-Server update, a standard for all editions of the game it allows players to rent a server for a predetermined length of time. This allows the customisation of a bewildering number of settings from map rotation to bullet damage, allowing you to have the the ultimate control over your Battlefield experience. With the social aspect of the Platoons and the stat tracking of Battlelog there is a depth of experience here which is hard to match.

The only downside is that newcomers may find the amount of options and gameplay mechanics confusing at first, especially if trying to take on the task "Lone Wolf" style. There is no need for this with the multitude of communities the game hosts (such as our very own!) which can provide the guidance and backup required. Still it's entirely possible to inhabit one of the fringe support roles whilst getting used to the now established chaos. The double XP weekends and "Multiplayer starter pack" of weapons and unlocks should also give new players a boost in the XP arms race where they are far far behind.

The multiplayer of Battlefield has always the been at the core of the product, with one of the largest communities on Xbox Live, DICE has fostered the unique gameplay only a Battlefield title can produce. Evolution of the social aspects and server customisation allow users to play the game exactly how they desire. Premium takes the standard gameplay and its unpredictable nature and expands upon it considerably with infantry and vehicular based maps and game modes. For the Battlefield veteran it is a must, for those who passed on the multiplayer first time round or simply missed it entirely it's certainly worth another look at what has become a comprehensive multiplayer package.