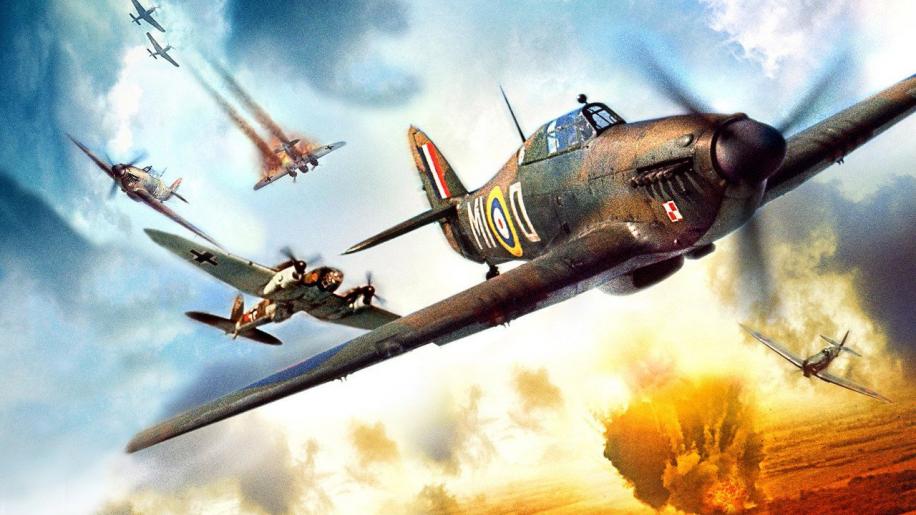 Battle of Britain is one of those classic movies that nearly everyone has heard of and seen at least some part of. I must admit to being an exception, as I have never seen any part of this movie. Therefore, I was very interested in what the movie held, and how it has stood the test of time. What I found was a cast that is superb, a truly iconic score (see Sound Quality) and outstanding cinematography.

Obviously set against the backdrop of WW2, Battle of Britain is a rope of a movie consisting of several threads, twisted into a solid core. The plot, such as it is, concerns the meagre British air force and how Britain had to come to terms with the oncoming Nazi threat. How were we going to win a war when the axis out numbered the allies four to one? How can pilots be trained in such short timeframes? How can the British squadrons communicate with foreign pilots with no common language? Will the lives of those in Britain ever be the same again?

Battle of Britain is really a movie about problems and the sacrifices people made in order to solve them and so win the war. Each thread has a different aspect of WW2 encapsulated within it and so presents the viewer these sacrifices. Some of the threads are human ones and are very narrow in their focus. There is a simple scene where one mans entire life revolves around a pub which has just been bombed. To him this is the worst thing that could happen, whereas to another, her lovers near death sees her life shatter.

The movie's reson d etre, however, is the superb battle sequences. Considering the movie was made in 1969 they are astonishing. I found myself thinking “these effects are really good!” before correcting myself: “these are real planes with real people flying them”. For some reason this makes the air battles more visceral and personal than just about any CGI laden modern efforts.

Laurence Olivier plays Air Chief Marshal Sir Hugh Dowding perfectly as the plain spoken man who puts the upcoming battle into perspective. This is especially true to the movies moving annulment when he realises the allied forces have overturned the odds. Christopher Plumber, Michael Caine, Robert Shaw and Ralph Richardson all make good jobs of their parts even if Caine's is a bit short.

I suppose the only criticism is that the story is a bit thin. But then that's not what Battle of Britain is about.