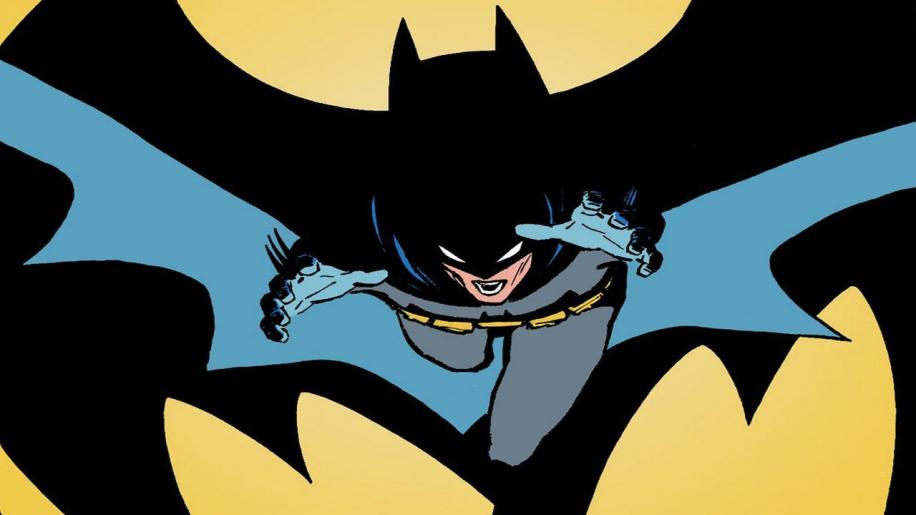 Before Christopher Nolan made the supreme Batman Begins, even back before Tim Burton did his original and very effective 1989 Batman film, fans of the comic book hero had already had arguably the definitive origin story with Frank ‘Sin City, 300’ Miller’s seminal graphic novel Batman: Year One. Miller had already proven his worth with this particular character after the groundbreaking classic The Dark Knight Returns, a sort of elseworlds-esque tale of a potential future Batman, Clint Eastwood-age, but still fighting old demons; but he took a very different approach with the much more classically-styled Year One, which marked one of the first truly realistic Batman tales. Many aspects of the story would be adopted by Nolan in his own origin story, Batman Begins, and, arguably, his entire franchise rebooted the Batman saga and gave us a new canon to work with. So whilst there was a time when a direct adaptation of Year One would have been considered (I’m surprised Burton didn’t look into this at the time, although perhaps it was too realistic for his particular, usually fantastical, style), we are now a long way down the line in a whole different, alternate Batman universe: one which has shown – in detail – how he became the legendary hero of Gotham; one which introduced the incorruptible Jim Gordon, and showed how his relationship with Batman was developed; and one which is now just a few months away from its epic conclusion, The Dark Knight Rises. Realistically, even if Nolan never did another Batman movie beyond the conclusion to his trilogy, any successor would be a fool to reboot the series once more – it would be better to develop the story further rather than try and outdo these, arguably definitive, Batman movies. So, alas, Batman: Year One will almost certainly never be directly made into a movie (even if there is still some slim hope for The Dark Knight Returns, which, at one point, was actually rumoured to be looking at Eastwood for the lead). However thankfully we do get the chance to finally see the comic book pages brought to life with this new DC Universe Animated Movie. Is it too little too late though? And will it get overshadowed by the build-up on the way to The Dark Knight Rises?

“Ladies. Gentlemen. You have eaten well. You’ve eaten Gotham’s wealth. Your feast is nearly over. From this moment on – none of you are safe.”

Twenty-five year-old millionaire heir Bruce Wayne has just returned to Gotham after twelve years abroad. He has been training, he has the skill, and he knows what he must do. When he takes to the streets, however, he finds his simple disguise – makeup and a false scar across his face – grant him both the advantages and disadvantages of being just another Mr. Nobody. Taking down a simple pimp soon escalates out of control, mainly due to the fact that nobody is afraid of him: not the pimp, nor even his loyal girls, and certainly not the corrupt cops who shoot him on sight, despite being unarmed. If he survives this night, he must find a way to make them afraid.

Meanwhile Lieutenant Jim Gordon has just been transferred, bringing his potentially-pregnant wife along with him. He was forced to relocate after taking down a dirty cop, but what he hopes will be some kind of fresh start turns out to be even worse than before: Gotham City Police Department is rife with corruption – from his new partner, the thuggish ex-Green Beret Detective Flass, right up the ladder to Commissioner Loeb – and if you’re not on the take, then you’re not to be trusted. Nobody trusts Gordon, and everybody wants him out. But when his own, proper, legal tactics get results which start to gain the attention of the media, his corrupt superiors find it increasingly hard to get rid of him. Then along comes this masked vigilante – Batman – and Gordon must decide whether to do his job and take the man down, or see him for who he truly is, and realise just what they can do together to clean up a corrupt city like Gotham.

“He’s a criminal. I’m a cop. It’s that simple. But-- but I’m a cop in a city where the mayor and the commissioner of police use cops as hired killers...”

Gritty, moody and, for the most part, really quite realistic, Miller brought Batman right back down to earth – back to his roots – with this seminal tale, and, although it does not quite make up for a cinematic adaptation, animating it does have one great advantage: it is possible to stick very closely to the original comic depictions. In that respect the filmmakers here have gone to great lengths to follow, page by page, the original source work. Presented in the same chronological, diary-like style (complete with day-and-month entries to keep you updated as to how far through the year we have progressed), this animated offering will certainly seem very familiar indeed to those who know the comic well. Each character provides a background narration; each scene takes us a little bit further in their journey – clearly destined to intertwine at some point down the line. It really was the defining Batman origin until Batman Begins came along, and it’s nice to see that it has not been butchered or mutilated here – given grand action set-pieces and random explosions just to make the book more ‘engaging’ as an animation. Instead, minor tweaks aside (they try their best to curb writer Frank Miller’s habit for making his characters slightly more ‘superhuman’ – i.e. this Batman can’t break handcuffs with brute force, or kick through a building’s supporting beam), this is very much Artist David Mazzucchelli’s frames brought to life – albeit with a Peter ‘Aeon Flux’ Chung anime edge to them – with Frank Miller’s words spoken over the top.

Of course, whilst the story itself is engaging enough as is, that’s not to say that it is completely devoid of action: obviously, this is a Batman outing, and it holds some tremendous set-pieces where, against, the odds, the freshly minted Batman has to learn the hard way how to take down criminals and escape corrupt cops. In one great sequence he has to get around a whole building-full of shoot-to-kill SWAT members, using back-to-basics tactics and some fantastic improvisation. Unfortunately, despite still being one of the best of the animated tales on the market right now – and distinctly PG-13 to boot – the end result still suffers at the hands of little things, like over-familiarity with the story (as a result of Nolan’s trilogy) and one horrendous, potentially fatal bit of miscasting.

Anybody reading this is likely to have some familiarity with the character – and if you know Batman, you know the basics: orphaned at a young age after a mugger kills his parents right in front of his eyes; grows up to train overseas; returns to Gotham to fight crime; develops the Batman persona because he believes that it is the best way to invoke fear in his targets... knowledge of all of this does put a certain downturn on the proceedings, which don’t always feel all that fresh. But both making and breaking the feature is really the character portrayals.

“You can never escape me. Bullets don’t harm me. Nothing harms me. But I know pain. I know pain. Sometimes I share it. With someone like you.”

In the animations, Batman has been most notably voiced by Kevin Conroy (during his TAS years, and also on the Justice League, as well as on the DCU movies Superman/Batman: Public Enemies and Apocalypse), but a number of higher-profile players have also voiced him in the DC Universe Original Animated Movie realm – William ‘Serenity’ Baldwin took the mantle in Justice League: Crisis on Two Earths, and Bruce ‘Thirteen Days’ Greenwood provided the voice for Under the Red Hood – and now, clearly looking for someone who sounds younger, they picked Benjamin McKenzie, who you may remember from The O.C. And he is terrible. Unquestionably the worst thing about this entire production. Don’t get me wrong, I like McKenzie – I just don’t think he has any talent as a voice actor: his delivery of the Batman narration is tedious in the extreme, putting you off right from his opening lines. He just sounds so damn bored.

This is, of course, a dual tale, and thankfully the saving grace of the feature is the performance by Bryan Cranston (Breaking Bad, Drive) as Gordon. Of course it helps no end that this is the man that audiences are inherently less familiar with, so his back-story is of particular interest. Even for those who know the Nolan universe’s character inside-out, there’s far more on offer here, as we learn of what brought Gordon to Gotham, the troubles he has with his corrupt partner and boss, and the temptation he falls prey to when confounded with the allure of fellow police officer Detective Sarah Essen. His journey is much more interesting; his character far more realistically flawed; and Cranston’s delivery is perfect for the role – tired, resigned, but still a great, tough cop – arguably bringing even more to the role than was ever possible in the original novel. And how many Batman tales go into Gordon’s military background to show just what he is capable of?

“It’s been fifteen years since I’ve had to take out a Green Beret.”

There are a number of other decent supporting characters, who are all portrayed just right – just like in the comic – from the greasy fat-cat Commissioner Loeb (Jon ‘Miller’s Crossing’ Polito), corrupt through and through, to his lapdog, Gordon’s partner, the thuggish Detective Flass; from the mob boss Carmine ‘The Roman’ Falcone, to a kinky street prostitute named Selina Kyle (Eliza ‘Dollhouse’ Dushku), who takes the opportunity to steal a bit of Batman’s limelight by dressing up in her own animal-inspired outfit. And Battlestar Gallactica’s Katee Sackhoff is a good choice for Gordon’s love interest, Sarah.

All in all, Year One is an eventful little 60-minute animated film (its length indicative of the brevity of Miller’s original work), enjoyable and engaging for the most part, but brought down slightly by bad release timing and one bad vocal contribution – unfortunately, that of the lead character. I can’t help but wonder whether this particular animated tale would have been best left until after the conclusion of Nolan’s seminal trilogy, The Dark Knight Rises, is released, a more fitting time, when perhaps there will be more interest in Batman’s origins (there was even talk of another rebooted Batman film series, but I hope that even the cash-hungry Studios are not stupid enough to go down that path), but still, we can’t complain – at least they finally brought to life one of the defining Batman stories, remaining true and faithful to the great source material, and now allowing a greater audience to embrace and experience Batman: Year One.

He’s out to clean up a city that likes being dirty. He can’t do it alone.