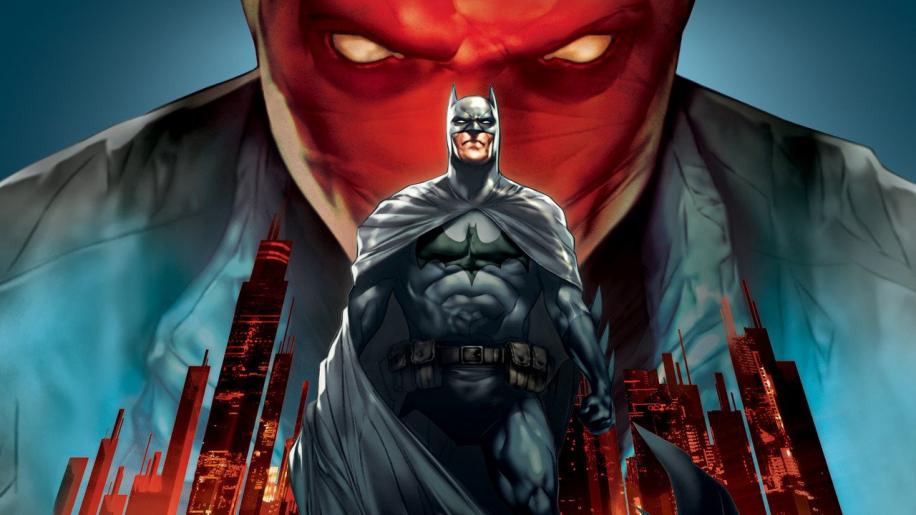 Comic book cool has become something of a modern phenomenon. Long ago it was decreed that young men who eagerly collected luridly coloured bite-sized pictorial story pamphlets would be laughed at and derided, being judged as positively square. Thankfully, for those of us who enjoy such pastimes, those days are long gone. Refer to such material as “graphic novels” and you may even find other likeminded souls who see some kind of maturity in the medium. As with any story-telling format, it is only as worthwhile as the narrative and its execution, and unfortunately comics have had their fair share of low quality and unimaginative drivel peddled the customers' way. The positive sign that emanates so brightly for many aficionados is that of the cinematic adaptations that are beginning to arrive with startling regularity, a sure sign if ever there was one that mainstream appeal and acceptance of the original medium is finally upon us.

It is into this increasingly crowded marketplace that Batman: Under the Red Hood appears - the eighth feature from Warner Premiere and Warner Bros. Animation's DC Universe Animated Original Movies series. Having set the ball rolling with Superman: Doomsday back in 2007, the line has proven quite successful, particularly for straight-to-video material. With the first Batman title in the set, Batman: Gotham Knight (2008), still seen as the high point for many, and the second caped crusader (Superman/Batman: Public Enemies - 2009) also being popular with new and established fans, this seems as good a time as any to continue the forward momentum and produce yet another trip to Gotham City with everyone's favourite crime fighting enthusiast of all things Chiropteran.

Batman: Under the Red Hood is an adaptation of the Judd Winnick penned Batman comic story arc entitled Under the Hood in which the caped crusader squares up against The Red Hood. Now, for all those unfamiliar with the myriad of labyrinthine twists and turns the DC characters' universe have taken, fear not, as everything is laid out with great care so as not to take too much prior knowledge of the subject for granted. This poses a few problems though, namely the need to re-emphasise the events that took place in the comic during A Death in the Family, which provides a pretty big indication of the direction the story is heading in. Still, it is a damned if you do, damned if you don't scenario for those behind the production as if they assume viewers are aware of the back-story they would surely risk losing any newcomers and as such it is better to slightly tip your hand in favour of a large part of your potential market. Plus, in all likelihood if you're aware of A Death in the Family and not read Under the Hood by now it's unlikely you're the biggest of fans.

Gotham is its usual corrupt, dark and dingy place, with crime oozing out of its every street and boulevard - basically business as usual. Into this scene steps The Red Hood, but not the previous incarnations who have ranged from ordinary criminals to The Joker himself. No, this new face, or mask, is shaking up the city with similarly brutal methods but has rather different motives at heart. After the standard formalities of surprising some drug dealing ne'er-do-wells is out of the way, his intentions become clear in a concise and severe manner. The Red Hood plans to take over the role as the city's crime overlord, deposing The Black Mask in the process. It should come as no surprise that such actions swiftly bring him to the attention of Batman and that is the catalyst for a far more guilt-ridden and emotional sojourn into the world of lycra-clad crime fighters than many might expect.

The simple artistic style betrays the more complex elements of the story, but it is by far the most accessible way to tell the tale. Personally I would have preferred a more subtle or anime-esque depiction as utilised in some sequences of the earlier Batman: Gotham Knight, but the bold lines and block colours are by far the most even and oft used way to illustrate our protagonist. The downfall of this is that it at times seems too juxtaposed to the intricacies of the characters explored when faces are only capable of telegraphed emotions, thus leaving the onus on the voice actors to convey the true magnitude of feelings across the range which understandably sometimes leads to a touch of over acting. The familiar mix of computer generated backgrounds and what look to be cel drawn heroes works well and adds some much needed depth of frame to particular action sequences. These moments often come with the welcome surprise of some camera movement (though obviously I understand that a camera wasn't used) that really adds to the sweeping nature of rooftop chases and vehicular speed.

One area that still feels at odds to the traditional Batman universe is the use of guns. They have always been around, and the point is made that The Red Hood, by using them, is showing his ruthless and modernistic approach to battle, but there really does seem to be a little too much gunplay during certain fights, particularly considering that they are shown to have little effect against a certain type of enemy. Thankfully there is more than a decent amount of Batarang and grappling hook activity to mix with this bullet loving to make the whole affair land nicely in the realm of more traditional comic book action. Add to this the reappearance of the usual suspects, including Ra's al Ghul, Nightwing and what would any Batman adventure be without The Joker. The script is sharp and allows the aforementioned uber criminal to frankly steal just about every scene in which he appears, no matter how fleetingly. Dick Grayson/Nightwing has a similar amount of snippy asides and self-knowing comments, the coupling of which helps to alleviate the dryness that so often accompanies the laconic stoicism of Bruce Wayne.

The action isn't the best, but there are enough fight sequences to keep you entranced while the narrative whiles its way to the true meat of the story. It is a typical Dark Knight tale that encompasses loss, guilt and the perennial question of why he doesn't just dispatch The Joker once and for all. The depiction of Alfred (Jim Piddock) unfortunately falls heavily on the caricatured side of English aristocratic accents but the rest of the cast more than make up for this blip with some wonderful performances, particularly by John Di Maggio as The Joker. As a film it plays to its strengths, which is the imagery of the franchise, in terms of plot complexity and maturity it may not be Alan Moore/Neil Gaiman, but it was never intended to be. It is a visually palatable and slightly emotionally charged addition to the Batman universe that has some well scripted character interplay and, even with its flaws, should please devotees of The Caped Crusader as well as other fans of comic book material.