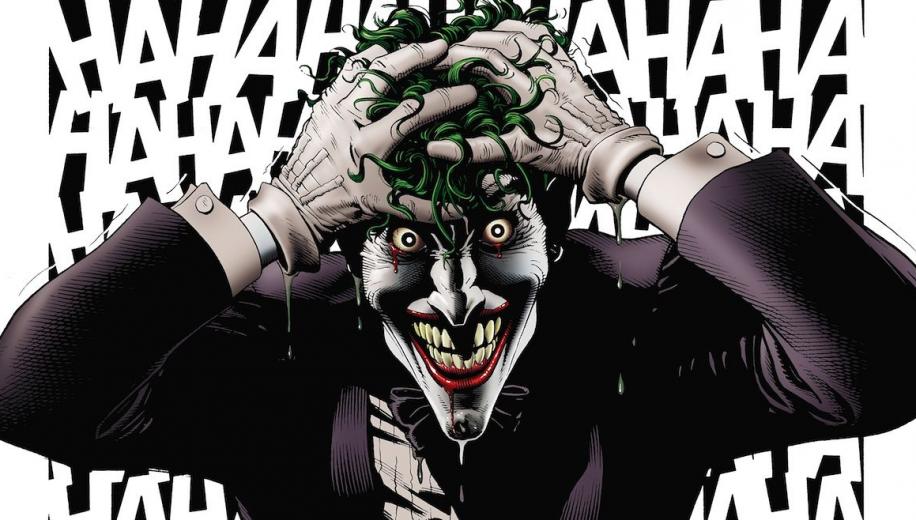 Batman: The Killing Joke is an animated adaptation of the celebrated Alan Moore one-shot comic.

The Killing Joke’s backstory to the Joker fuelled the same in Tim Burton’s original Batman film and inspired Heath Ledger’s defining depiction in The Dark Knight, but as a tale in its own right, the 48 page one-shot was simply not long enough to make for an entire story; not without padding. Telling the story chronologically might have worked, but the trouble is that the flashback element involving The Joker’s ill-fated tour under the Red Hood would have likely trodden too closely to that seen in the aforementioned first Burton Batman outing. It would have undoubtedly been preferable to the approach that they did take, which was to spend almost half of the runtime telling a disjointed and poorly conceived tale of Batman’s interaction with his latest partner, Batgirl (here depicted in a post-Jason Todd universe, where The Joker has already dispatched Batman's last partner); the burgeoning chemistry between the two spilling over into an unnecessarily realised romantic interaction which changes the dynamic not only to their relationship but to the entire Killing Joke tale itself.
Many have suggested that the best approach to take is to skip right to the Killing Joke adaptation proper, over 35 minutes into the runtime. It’s a faithful, often frame-for-frame, retelling of the source material, charting The Joker’s quest to show that all it takes is one bad day to turn even the sanest individual into a raving madman, and deciding that the person he wants to drive insane is none other than Commissioner Gordon. It’s a legendary story, bringing back together the definitive Batman and Joker voice actors Kevin Conroy and Mark Hamill, and they do their best with the material but it’s so tainted by the new prelude that the end result seems abortive and anticlimactic. Things aren't assisted by the somewhat lazy animation style (or lack thereof) which appears to be a quick-and-dirty way to visually realise the comic book panels with little thought towards giving the feature a more atmospheric look, as seen in the excellent adaptation of The Dark Knight Returns. The Killing Joke is still a great Joker tale – and a great Batman one too – but it deserved better than this. There's no escaping the stylistic limitations of the material, and Batman: The Killing Joke's Blu-ray release, promoting the animated feature with a 1080p/AVC-encoded High Definition rendition in the original theatrical aspect ratio of 1.78:1 widescreen which is technically absolutely fine, but which simply lacks any discernible panache. Line definition feels faint and fragmented; the look of the characters and their background mostly functional rather than imaginative, with even the character designs feeling quite limited. Nonetheless, there's some nice detail in the shading and background, and the colours are rendered well, with reasonably strong black levels. Technically, there are few faults, but nobody is every going to be showing off their home cinema system with something as lackluster as this. The aural accompaniment has a little more punch

Technically far more acceptable, and rendered with enough punch and panache to remain strong and even occasionally impressive, Batman: The Killing Joke's DTS-HD Master Audio 5.1 track does a commendable job, delivering the dialogue clearly and distinctly across the frontal array - with Hamill's distinctive Joker-isms remaining a highlight. Effects allow for gunshots and explosions to ring out and pervade the surrounds, whilst the score provides further welcome background fodder for the rears, with the LFE channel warming up the whole track and giving it a nice bass undercurrent. With a couple of Joker-centric featurettes headlining the supplemental material - The Killing Joke: The Many Shades of The Joker and Madness Set to Music - the majority of the material comes in the form of Sneak Peaks for DC Universe animations (The Dark Knight, Assault on Arkham and the upcoming Constantine-led Justice League Dark, but it's the traditional DC Comics Vault additions that are the most telling, with the classic Batman animated episodes Christmas with the Joker and Old Wounds only further highlighting the inadequacies of the main event itself.

The UK's Zavvi-exclusive Steelbook release is a good effort though, with spot gloss artwork that really does make the most of the iconic Joker picture adapted from the original novel. After the fantastic job they did with the seminal The Dark Knight Returns, it's such a shame this went so awry

At least the UK Blu-ray release - particularly in its impressive Steelbook guise - does a solid job on the technical front, and sports a couple of nice additional animated episodes, but this still does not make up for the shortcomings of the main event itself, which is a part-misguided, part-faithful look at one of the greatest Joker/Batman tales of all time; the former tainting the effect of the latter with something of a bitter aftertaste.