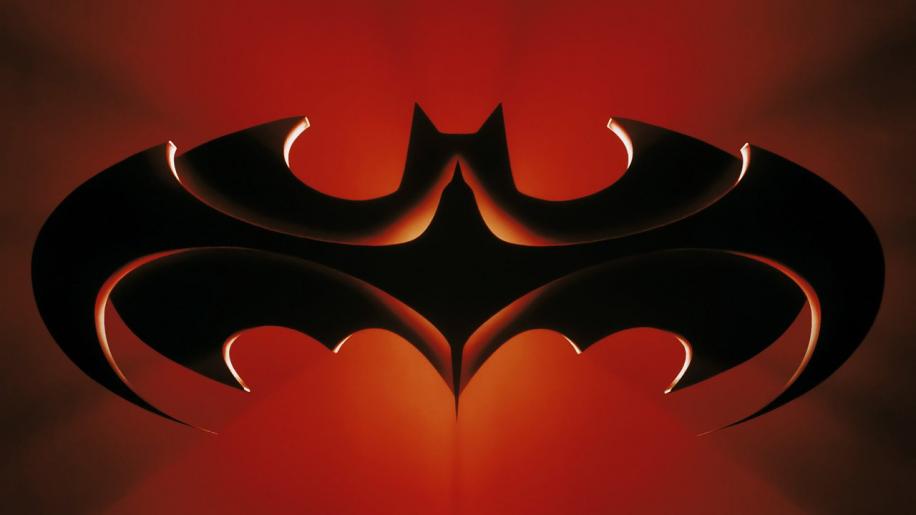 Following on from my review of Batman Forever, the first of Joel Schumacher's two interpretations of the Dark Knight, we now get Batman and Robin. As I have already explained in that review, Batman is my favourite comic book hero and what Joel Schumacher did to the character (ruining Tim Burton's excellent original visions) is simply unforgivable. He did a significant amount of damage with Batman Forever - and you would think that the studios might have picked up on that fact - but here he's back with an even worse (yes, that is possible) vision of the Dark Knight.

Given the decades of comic book material that can be used as a reference, there is no real shortage of villains to populate Batman movies, but it was inevitable that Mr. Freeze would pop up sooner or later. With a strong tale of his origins (which is stupidly glossed-over in a five-second video footage clip) he could have been a contender for one of the tougher, more unstoppable villains Batman has ever faced. Also, as with the trend of the previous Batman movies (bar the first one), one villain is simply not enough, so in this movie we actually get three. Yes, three. Poison Ivy is the second and again, she could have been quite an interesting character if done right.

However, the third character is the real gem - Bane - the man who broke Batman's spine in the comics, the man who brought Gotham to its knees and who Batman never actually beat in the end (his temporary successor toppled Bane before a re-assimilated Bats returned to take back the throne). He was a cunning opponent, who unleashed all of Batman's worst enemies upon him to wear him down and then took him out in hand-to-hand combat, assisted by a super-steroid called Venom. Bane is simply one of the toughest, meanest bad guys that Batman has EVER faced. In this movie he is a blow-up-doll-like stooge to Poison Ivy. I cannot express in words just how much of an utter waste of a character that is.

Back from the third Batman film is Robin, once again far too old to be working with Batman like this (his Robin partners were much younger and they either died, retired or went on to be other Superheroes when they got older). Having a Batman and Robin movie smacks of the sixties series (and its corresponding movie), something which is not what Batman fans want to see when their hero is brought to life on the big screen. It is fine fun when you are too young to think any further than the wild 'BAM' exclamations on screen, but there needs to be something more for audiences these days (well, audiences over four). Bringing Robin into the series was a big mistake, but could have been rectified had another director come on board and either promoted him to Nightwing (as in the comics) or killed him.

As is, with Schumacher on board, one silly sidekick is not enough (just like two wasted villains was not enough, so he had to go and throw Bane into the mix). In this movie he introduces Batgirl. Hmm, is this the Batgirl who happens to be Commissioner Gordon's daughter and has her short stint as Batman's sidekick brought to an abrupt end when the Joker blows her spine out? (also in the comics - I told you they were dark) No, this Batgirl appears to just be a mirror-image of Robin. Great, I guess it's Bat-family now.

Although it would not have made the movie significantly better, getting the right Batman for the part was certainly a big factor in its success (or failure, as is the case). Just like picking the right actor to play Bond, casting the Dark Knight is a tough task. I don't think Val Kilmer was right for the part (for my money, Michael Keaton was a perfect Bruce Wayne and was also a decent Batman) but George Clooney was a terrible choice. I think he's a very entertaining actor - smooth, suave and sophisticated, with that cheeky smirk on his face that always has the women swooning. His transition to the Big Screen from his TV roots on E.R. was inevitable but has not been without a fair share of disappointing productions. Clearly he is best suited to movies like Out of Sight, with sharp, snappy script-writing and a dubious anti-hero character part to play (along with a significant romantic interest) but he has also found success in satirical dramas like Three Kings and psychological sci-fi tales like Solaris. Comic book interpretations are a whole different kettle of fish and getting a this cheeky chappie to play The Dark Knight was a silly decision, to say the least.

He's not the only bad casting choice: as I've already stated, Chris O'Donnell is too old (or at least looks too old) for the part of Robin, the comical Mr. Freeze character is played by Arnold Schwarzenegger (why, oh why did he accept this part?), the potentially seductive Poison Ivy is brought to life by the sexy Uma Thurman, who is unfortunately dressed-up and made-up to look simply dreadful - possibly the worst she has ever looked and Batgirl is played by the, frankly, too plump Alicia Silverstone. Sure, she was cute in Clueless, but she does not look anywhere near athletic or lithe enough to be Batgirl. Bane isn't even anybody famous (nor does he even speak!) and Batman's love interest has degenerated in depth from Kim Basinger and Michelle Pfeiffer to Nicole Kidman's vapidly shallow Chase Meridian (in Forever) and now, Elle 'The Body' MacPherson. Oh joy. Thankfully at least she has a near silent part as well, but this just about sums up the whole production - it's simply all visuals and no depth.

Batman and Robin has very little right about it. The plot makes no sense, the soundtrack is like an updated version of the 60s series (as is the gaudy, neon-lit Gotham), the script is poor, the acting hammy as hell and the action is positively lacklustre (the opening ice rink fight is just a big joke). Any movie where the lead hero takes to a makeshift surfboard and CG-surfs his way over something improbable is going to get a big scowl from me (Bond's surfing over CG icebergs was simply the beginning of the end of Brosnan's reign in the over-the-top Die Another Day and even that twat Bloom's CG shield-surfing in Lord of the Rings was unnecessarily incongruous when compared to the rest of the solid adventures). Here we get Batman and Robin surfing on doors down from the upper atmosphere and landing on rooftops in Gotham. Hmm, no that's not going to work now is it? Batman Forever was the start of the end of the franchise that Burton did so much to build up in the first place and Batman and Robin was Schumacher's nail in the coffin. True fans of Batman will want to have this in their collection but are highly unlikely to ever watch it, unless they are about four years old.