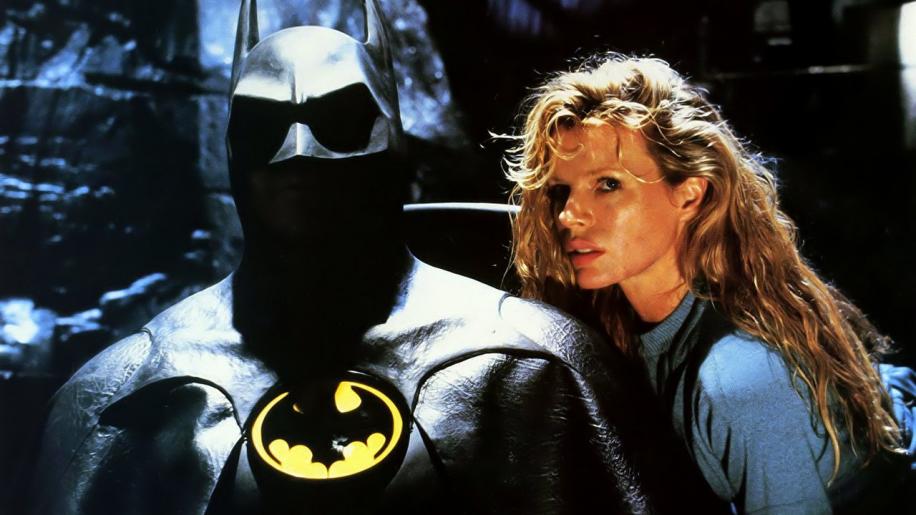 There is a school of thought that this final season isn't a patch on the earlier ones. That the combining of the Superman and Batman shows a dynamic new format somehow lessened the power and integrity of both. I disagree completely. There are differences in style and tone, that's true, but Volume 4 is just as jam-packed with action, mystery and violence as its predecessors, the stories still retaining their depth and resonance and, crucially, the same degree of economy and intelligence in the writing that made the earlier shows such classics of the genre. One of the best and most telling attributes of the Animated show was that the writers proved to be consistently unafraid to confront severe psychological traumas - check out the brilliantly conceived episode Double Talk for a terrifying and tragic descent into madness - and it is this cold, and gleaming, un-satiric edge that delivers the adult appeal, maintaining the show's predominantly mature following. And that Scarface doll at the centre of the story is truly nightmarish and plays on a much deeper and more adult fear than most other cartoon shows would attempt. And how about the crafty juxtaposition team-up of Killer Croc and BabyDoll for a true beauty and the beast pairing in Love Is A Croc? With the ploy here being that the apparent innocence of the woman trapped inside a small girl's body is just a mask for a personality as devious and villainous as that of the vicious reptilians. Such thematic censor-baiting is far more shocking than the often startling level of violence that bashes and crashes through the darkly demented and visceral plots. Every episode has elbow, knee, boot and fist brutality as standard, but the vicious spine-snapping impacts of bodies against walls and railings, etc, actually makes you wince. And the girls often get a severe pasting, too. But let's not forget that the sensuality has also been upped quite satisfyingly in this season as well, with some of the sexiest female characters to grace the show draping themselves about the colourful settings with gleefully exotic liberation.

“Wow ... it's the real Robin suit! Whatever happened to him?”

The ever-growing and evolving Bat-family - a thing that I can abide only in this medium - works outstandingly well within the parameters of this on-going saga. Despite the fast 'n' wild nature of the show, there is a surprising amount of breathing space allowed for characterisation, the writing always enabling personality to shine through, even amidst the most chaotic scenes of mass destruction. This season sees the arrival of Tim Drake - and his tutelage, training and reckless initiation as he adopts the guise of Robin - timely, and welcome, interventions from Nightwing, after irreconcilable differences between him and Batman have him striking out on his own and a cementing of Barbara Gordon's position as Batgirl. None of these additional characters irritate the way they do in the movies, or the comics, because what the show achieves so effortlessly is the relationship between each of them. Whilst the big guy obviously dominates the proceedings, the others never once feel shunted to the sidelines, or wheeled on just for novelty value. Instead, they are allowed to develop in bite-size, episodic style. Batgirl, especially, gains from her considerable screen-time, her own heroics just as enthralling as the boss's, and the pair work extremely well together as a double-act, too. A particular high-point, I think, is the Superman-crossover episode (the only one in this set, folks) that sees Batgirl and Supergirl on an exhilarating and explosive Girl's Night Out. In fact, the female of the species gets a tremendous amount of legwork in the Volume 4 - literally, in a lot of cases. The Joker's squeeze, the infinitely gorgeous Harley Quinn, takes centre-stage in quite a few episodes and her presence is always rewarding. Whereas, I feel the Joker is occasionally nudged aside to give her character more of a workout, I actually welcome her more entertaining romps as the sparkle of wit that used to infuse the Clown Prince Of Crime's schemes seems dull in comparison. An early partnership with Poison Ivy sets the juices going with a shopping spree/seductive-cum-homicidal tease of Bruce Wayne, but her later appearances are far more successful. The classic episode Mad Love depicts her at her absolute sexiest in that ultra-short nurse's uniform and, later on, the skimpiest of red negligées. Detailing her origin and the foundation of her relationship with the Joker, this story is filled with so many visual puns and wicked wordplay -“Right-a-roony!” - that it reveals her creation to be a work of genius. Harley is a delirious debutante, a mischievous minx in the emotional trigger-colour-combination of scarlet and black, and her delinquent antics and riotous romance with her “Puddin'”, the Joker, are an absolute hoot. In the endless pantheon of bizarre villainy and twisted minds that cavort around the coloured shadow-world of Gotham, Harley Quinn is the most embracing of lunatics - at once a danger and a delight. Wickedly womanly! Check out her outstanding Marilyn Monroe schtick when she serenades the Joker on the 7th anniversary of his turning white and green in Beware The Creeper - which, incidentally, is one of the most eye-bogglingly loopy episodes in the entire Animated canon. Pure hightail, hopscotch hilarity from insane start to deranged finish, this daft parody is packed with enough manic hi-jinx to fill Arkham to the rafters. Having said that though, if Joel Schumacher were to remake one of these shows - this would, undoubtedly, be the one.

“This was just a preview ... the real show has yet to begin.”

The animation is simple, yet breathtaking, every image vibrant and boldly rendered against a backdrop of picturesque noir and constantly inspired framing. The action is supremely fast and filmic, its choreography a kinetic delight. Freeze the frame anywhere, anytime and the image looks deceptively cartoony - the faces surprisingly featureless, the details painted big and broad - and yet, unleashed in full motion, the two-dimensional characters come to life with immaculate direction and snap-taut editing that propels the show to a place far beyond the easy pleasure of standard TV animation. Its stylish sheen is highly polished and tinged with shadow, although this final season is still a lot gaudier than the others. The show moves at a breakneck pace, each episode leaving you happily breathless and gasping for another helter-skelter run around the park. Unlike the Adam West show, a lot of the comics and a few of the movies, Bruce Timm's and Paul Dini's Animated incarnation never seemed to short-change the fans either, painstakingly delivering the goods time after time, whilst maintaining the utmost respect for the material. Even when taking some initially audacious liberties with Batman and his cohorts, they remember that, of practically all the superheroes do-gooding about the world, the Dark Knight is the most adaptable to variation. And the reason for this was quite simple - they were fans, themselves, first and foremost. They, like the best comic-book writers and illustrators, only produced what they really wanted to see. So, as a direct consequence, we get what we want, as well.

“You were just a boy when you lost your family, but you keep trying to create a surrogate family for yourself. To destroy you ... I need only destroy that!”

This Volume contains some truly marvellous stories and a couple of great nostalgic treats. The afore-mentioned Mad Love is a smart retelling of doomed, almost medieval-tinged, affair that inspires as much sympathy as it does shudders. There's even a nice hark back to Edgar Allan Poe in there, too, in the deadly predicament that Batman finds himself in. It's great to see the back-breaking Bane resurface for a pulverising rooftop skirmish in Over The Edge, and the Mr. Freeze episode Cold Comfort has some chilling (ahem) moments of spooky threat. The homage to the great Frank Miller's re-moulding of Batman in Legends Of The Dark Knight is simply awesome, and kudos, too, for the Dick Spring-inspired vintage look of its earlier segment - just how much fun is it seeing that Batman and Robin shake-hands shot? And look out for the dazzlingly dippy fracas with the giant-sized musical instruments. Top stuff. If I were to pick fault with the show, and I really don't want to, it would be regarding that story-staple of villainous grand entrances. Just try and count how many gala events and prestige shows get broken up by the bad guys? Barely an episode goes by without some party or presentation being disrupted by smoke and bombs and cackling crazies. Even a trade Expo lapses into pure pandemonium when a cow enhanced with growth hormones breaks free and goes on the rampage in the, frankly, barmy Critters. Apparently a fan-favourite, I felt this episode was the weakest. Even by the show's admittedly over-the-top standards, a disgruntled farmer setting loose his gargantuan livestock on a defenceless Gotham was, to me, more than faintly absurd. But, on the whole, the season took the unbeatable premise of Batman's crusade onward and upward. The segueing together of this and the Superman Animated Series was, possibly, inevitable given the show's new broadcast moniker of Batman: Gotham Knights apparently indicating that the producers wanted to take the series in a new direction. The “why fix what isn't broken?” theme inevitably leading to fan confusion over what was happening to their hero. Of course, Batman Beyond was just around the corner, which really was going to take him in a different direction. But that's another story.

“No-one pulls my strings, dummy! Least of all, you!”

So, hardly putting a foot wrong, this volume contains all the death-defying action, cliff-hanger set-pieces, razor-sharp quips and moody scenarios you could wish for. The villains return in full-effect, their schemes still as heinous and just as warped as ever, the rich vein of their insanity flowing throughout the season with as much wild abandon as a raging river of chattering maniacs. The characterisation is succinct and relevant, the emotional undercurrent of the screenplay never forgotten amid the splintering wooden crates, cart-wheeling bodies and flying fists that spectacularly punctuate each episode. The terrific mean-spiritedness that sets the show apart from all the rest, the atmospherics that enhance the striking visuals, Shirley Walker's marvellous interpretation of the iconic score and, best of all, the consistently clever and witty plotting add up to a show that constantly feels fresh and exciting. There's even a clever aside from a wannabe vigilante about Arkham's perennially revolving door that sticks a vindictive dagger into Batman's earnest battle to fight crime. You can almost hear the Bat concede to the on-going futility of it all, even if only for a second. As stylish and as dark as Burton's, and as thrillingly violent as Nolen's, the Animated Series offers up the best that Batman has to offer, and rarely drops the Batarang.

“Let me guess ... you needed a warm place to spend the night?”

If you have the others in the series, then this Volume is pretty much compulsory. If not, it's well worth picking up along with all the rest. A quality show created and produced by a team that really knew what they were doing and consistently made good on their promise. Very highly recommended indeed.

What follows is a complete episode rundown:-

Disc 1 - Holiday Knights, Sins Of The Fathers, Cold Comfort, Double Talk, You Scratch My Back and Never Fear.

Disc 2 - Joker's Millions, Growing Pains, Love Is A Croc, Torch Song, The Ultimate Thrill and Over The Edge.

Disc 3 - Mean Streets, Critters, Cult Of The Cat, Animal Act, Old Wounds and The Demon Within.