If you make the mistake of choosing to let Robin live, you can always kill him again later. 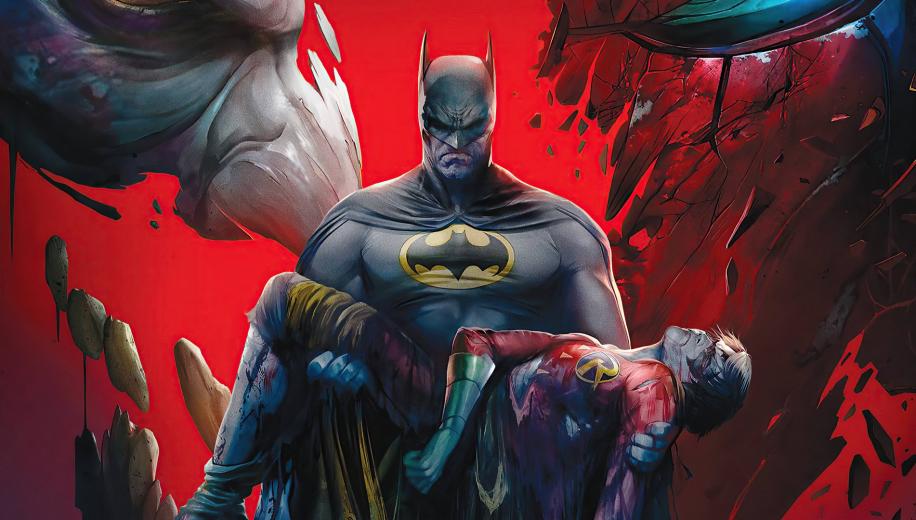 Batman: Death in the Family Review

The seminal Batman tale, Death in the Family makes for a pretty effective and innovative interactive first for Warner/DC, delivering bloody violence in this multi-faceted look at revenge.

A perfect choice for Warner/DC's first foray into interactive features, the original Batman: Death in the Family comic book run was actually somewhat 'interactive' too, placing the fate of the far-from-beloved character of Jason Todd's precocious and out-of-control Robin in the hands of the readers. Despite planning for both outcomes, DC were convinced that it would be a happy outcome. Little did they know the hatred their readers clearly had for the character, who was promptly voted out at the hands of the Joker and a rather large bomb.

Thirty-two years later and fans get another shot at deciding the outcome, only here with a twist, with this interactive feature being a little like the DC Universe equivalent to that interactive Black Mirror episode, Bandersnatch, in that the choices you make don't necessarily turn out in the ways you might expect, going full R-rated as cause-and-effect takes action.

This interactive feature is a little like the DC Universe equivalent to that interactive Black Mirror episode, Bandersnatch

Initially framing the story around both the 1988 Death in the Family premise and its 2004 Under the Red Hood 'conclusion', choosing the obvious options will lead to the story playing out in an abbreviated - but also ultraviolent - variation of those two arcs compiled together over an admittedly shorter runtime. What's more interesting, however, is the fact that the other options spin out in some very unexpected directions, normally revolving around ongoing themes of revenge and madness, and including Robin/Bat-Robin crossing paths with the likes of the Black Mask, Two-Face, Talia Al Ghul and the Joker himself.

DC do a pretty good job of providing multiple outcomes, each basically including montages followed by violent conclusions, and a few using the same footage as others, twisted to suit the alternate route (there's only one route you can take where this goes wrong; including Batman in background scenes which he couldn't have been in), and it's generally very clever, enjoyable stuff, particularly the 'crazy' path. Bloodthirsty fans get to set Robin off on a real vendetta here, taking on criminals, cops and worse - if you want him to - with bloody results.

Bruce Greenwood steps into the boots of an older Batman perhaps more suited to this more violent world than Kevin Conroy's definitive Dark Knight, whilst Gary Cole goes full tilt as Two Face and Vincent Martella gives us a broad spectrum of very different Jason Todd Robins, across the board, from unruly protege to rabid vigilante. It's the perfect choice for a first interactive movie, and a very engaging experience.

Death in the Family certainly looks the part

Boasting some strong animation that is founded in the traditional style but has some decent character designs to it commensurate to the more mature content, Death in the Family certainly looks the part, and the presentation boasts strong line detail and some impressive backdrops dripping with texture and intricacies. The colour scheme is well served too, with some vibrant tones and deep inky blacks - possibly even some moments where you wonder whether 4K/HDR would have looked particularly good for this release; an irony considering it's the first DC release in a while that hasn't had a simultaneous US 4K release (not that it makes much difference in the UK, as we've never had them).

Batman: Death in the Family's Blu-ray gets a punchy DTS-HD Master Audio 5.1 track too, which is pretty damn engaging and brings the house down for the key action setpieces.

Dialogue gets clear prioritisation, largely disseminated across the frontal array, but for perhaps the narration, whilst effects enjoy a hell of a lot more gunplay than you might expect, along with a slew of punishing explosives, all laced with some decent LFE weighting. The score thrums along underneath and holds it all together, rounding out a strong aural accompaniment.
﻿

Batman: Death in the Family would technically only have a 30-40 minute runtime (assuming you didn't go back and pick alternative options), which hardly looks that appealing on the back cover of a full price Blu-ray release, so it's perhaps unsurprising that this set conveniently hedges its bets as an 'animated short' collection too, supposedly justifying the collected runtime of 129 minutes. Nonetheless, these additional shorts, already available and likely already seen by fans, are basically extras - nice extras, but extras nonetheless.

Batman: Death in the Family is a perfect choice for Warner/DC's first foray into interactive features, and whilst fans would understandably be less than on board with the notion that all of the subsequent DC animations follow suit with this style, it's more than just a curio, more than just an interactive gimmick, playing out some well thought-out twists with bloody effectiveness.

More than just an interactive gimmick

Warner's Blu-ray release of Batman: Death in the Family delivers the goods with strong video and audio as well as a bunch of Shorts which most DC fans will already have seen. Still, it's the main interactive feature which most people will be here for, and that delivers the goods.