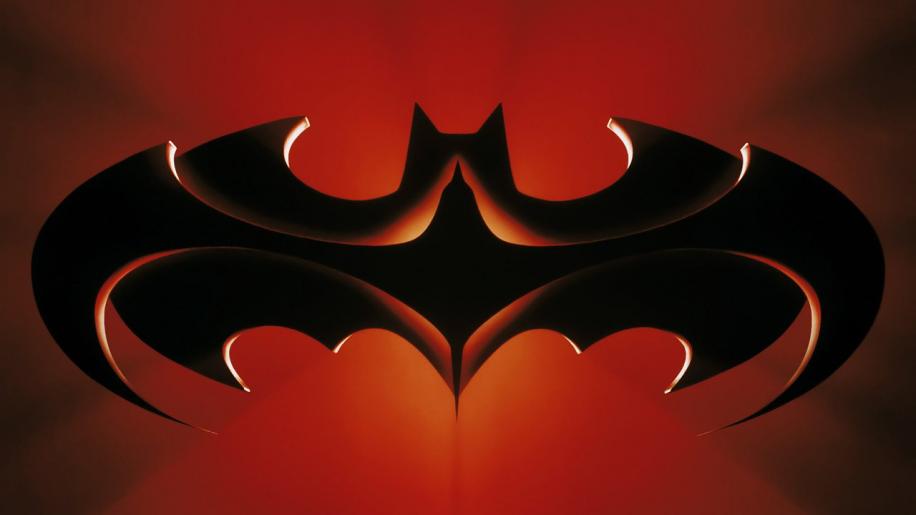 Batman and Robin is presented in a fairly decent 1.78:1 aspect ratio anamorphically enhanced widescreen transfer. The detail is pretty good, but softness does creep in sometimes, with some grain but thankfully no sign of edge enhancement. The colour scheme is as garish as we have come to expect following Batman Forever, but the blue-freeze of Mr. Freeze is quite nicely represented and the colours are never less than vivid. The transfer exhibits no signs of print defects but is nothing particularly to write home about. We get two fairly noisy audio tracks: in Dolby Digital 5.1 mix and a superior DTS offering. The vocals come predominantly from the frontal array and there are plenty of effects to keep the surrounds busy, but (as with the Forever release) the most boisterous aspect of the audio is the score. Unfortunately, just like Forever the score is simply awful, basically copying the terrible old sixties soundtrack to horrendous effect. Batman has never sounded quite so loud and annoying as now, but the tracks will probably be a joy to fans of the movie. Disc 1 has an Audio Commentary by Director Joel Schumacher. As with Batman Forever, I have to say that listening to this guy drone is not my favourite pastime and it is made endlessly worse by his ludicrous vision of Batman. He even has the gall to say 'it's only a Batman movie', when justifying George Clooney's out-of-place role. Well, if he does not care about Batman or making a Batman movie then how does he expect audiences to? Still, if you are a big Dark Knight fan (I think Schumacher somehow forgot this aspect of Batman - he is the DARK Knight) then this commentary is quite well suited for getting you riled. If you know little about Batman then I would not start here - Schumacher is full of misconceptions and misinformation that will just confuse you.

Disc 1 also has a Theatrical Trailer which just about sums up how terrible the movie is. Watch it at your peril because you're unlikely to be able to stomach the main feature afterwards.

On the Second Disc we get almost exactly the same extras as on the other special edition Batman releases, only obviously focussed on this movie. Shadows of the Bat: The Cinematic Saga of the Dark Knight Part 6: Batman Unbound has interviews with the main cast and crew - including that idiot Schumacher talking about how Forever was a 'modest' Batman but this was Batman unleashed, making you wonder why anybody in their right minds would let him get his insipid hands on this franchise, along with plenty of behind the scenes footage. If you want a lesson in how not to do a comic book interpretation, it is pretty-much all here for the learning (pity nobody learnt after the first big mistake - Forever - it would have saved us a lot of bother).

Batman: The Heroes takes nine minutes to look at the three central hero characters: Batman, Robin and Batgirl. Clooney is quite amusing when talking about Batman, the concept art and promotional footage is ok and the crew actually do admit that this interpretation of Bruce Wayne is very different from the others (read that as much worse). They then discuss the similarities between the on-screen Robin and the comic character Nightwing and then look at Alicia Silverstone's Batgirl (with Clerks' Kevin Smith on board to talk about the origins of Batgirl). For some reason they praise her portrayal of Batgirl (how does that work?) so I guess it is more of the blind following the blind.

The Villains Featurette looks at Mr. Freeze (with lots of Arnie interviews), Poison Ivy (with Uma Thurman wearing strange eye-liner and looking better during the promotional footage and whilst being prepped in the trailer). Clooney is once again on hand to offer up some jokes (talking about how she did not have to put as spell on him to make him fall for her!) and it makes me wonder whether it might have been nice for him to have done a semi-comical commentary instead of that irritating Schumacher. Finally we look at Bane and for this one they even explain how significant (and intelligent) Bane is (you can see from the comic covers how tough he looks), but fail to understand or admit just how badly they portrayed him on-screen. Schumacher is once again on hand and you can tell that he was the man behind ruining this potentially amazing villain (who could have held his own against Batman in a movie based on Knightfall, the fall of Batman).

Beyond Batman is a making-of documentary that runs at fifty minutes in length and is split into sections: Bigger, Bolder, Brighter (looking at the production design), Maximum Overdrive (looking at the vehicles), Dressed to Thrill (looking at the costumes), Frozen Freaks and Femme Fatales (looking at the makeup) and Freeze Frame (looking at the VFX). If you're familiar with the other releases then you will know what to expect from this offering, with plenty of behind the scenes footage, interview snippets and concept art, along with lots of final film footage to pad it all out.

There is one solitary Deleted Scene: Alfred's Lost Love, which is a mere forty-five second long dialogue addition with all the main heroes talking to Alfred about an old flame. It is not even worth a minute of your time.

Finally we get four Music Videos: The End is the Beginning by The Smashing Pumpkins, Look into my Eyes by Bone Thugs-N-Harmony, Gotham City by R.Kelly and Foolish Games by Jewel. None of them suit Batman (except perhaps Jewel's thoughtful offering), least of all R. 'I still believe I can fly because I'm that stupid' Kelly's feeble offering. Batman and Robin just cemented the death of the original Batman franchise, once again in the shaky, tasteless hands of Joel Schumacher. It's amazing to wonder how bad movies can truly get - I would have never expected anybody to make such a terrible Batman interpretation but Mr. Schumacher has gone beyond all of my expectations. It gives me no pleasure to deride a movie that centres on my favourite comic book hero, bt it is the fact that they get the interpretation so damn wrong that fuels my rage in the matter. Presentation-wise, this DVD is in line with the other releases, with a decent (if mildly disappointing) visual representation and two noisy audio tracks, along with a wealth of extras that fans of the movie will lap up. Completists will need to have this in their collection but only four year olds are likely to actually gain much pleasure from it.