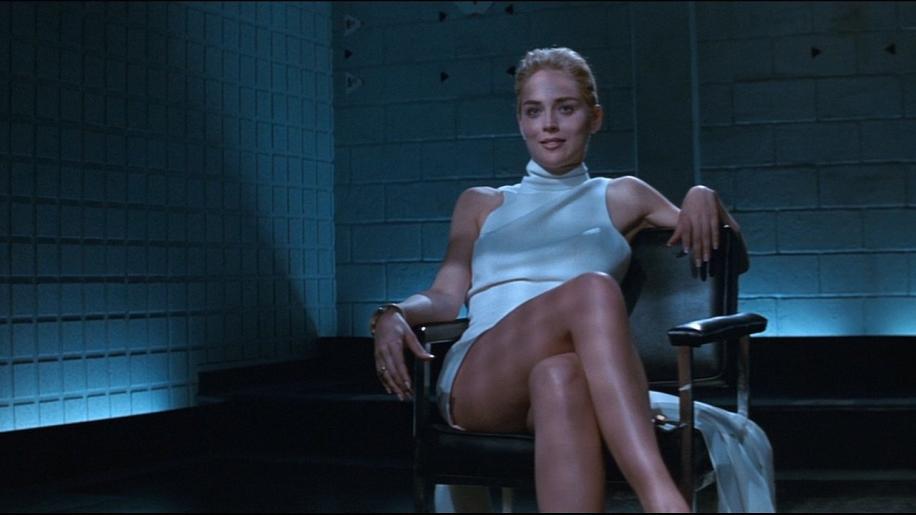 Framed in an anamorphic 2.35:1 the picture is a mild disappointment and seems to have come from the laserdisc release some years earlier (as do many of the extras). The encoding is clean enough, with excellent colour fidelity and skin tones, vital when this much is on display. Shadow detail is fair but in very dark scenes picture sharpness is damaged by large amounts of grain. I realise this is no doubt due to the film stock of the time, but by modern standards it is poor. Brightly lit scenes as usual fare much better, and here detail levels are high. A moderate number of scratches and pops are visible throughout. No evidence of digital artefacts are present including the dreaded EE.

Well this is what we came for isn't it. The soundtrack by modern standards is only average whether your listening to the DD or the DTS version. Front soundstage is clear and a little overly bright even harsh at times. Bass and surround effects are limited to the admittedly superb score, which exudes danger and menace. Listening tests show only minor differences between the DD at 384kbps, and DTS at 1564kbps. The spatial separation of the front soundstage is a little wider and the voices from the centre channel have slighter more warmth due to the addition no doubt of a few more bass frequencies. Other than that I would defy anyone to tell the difference.

This two disc set comes supplied with two feature commentaries, the first by director Verhoeven and DP, Jan DeBont, the second by a psychologist from a US school of media studies in Philadelphia. As you would predict most movie fans will be most intrigued by the thoughts of the Scandinavian filmmaker than the psychobabble of an American media studies teacher. Verhoeven and DeBont provide a captivating commentary with many insightful and perceptive thoughts on the process of making the movie and the moral outcry from a supposed liberal society. Any ambiguity you may feel you have about the identity of the murderer is abolished by Verhoeven who is very clear from the outset “who did it”, so don't listen to this before you have seen the movie. Give the other commentary a miss.

Disc two contains an engrossing retrospective making of documentary called Blonde Poison. It is my experience that a retrospective documentary is invariably more fascinating than those filmed at the time. I suspect this is because there is no longer a need to promote the film so a more truthful report of on set difficulties and relationship problems can be recounted. Also of interest is a wonderful feature I have never encountered before. A comparison is made between scenes as they were presented in the cinema, and the redubbed version for TV. This provides many hilarious moments and is almost worth the price of the disc alone. Further padding with a few script to screen comparisons and cast/crew biogs provide minutes of minor entertainment.

Basic Instinct received nominations for both an Oscar and a Razzie in the same year. As I stated in the opening paragraph Verhoeven films usually polarise opinions. In my opinion this film stands comparison to Hitchcock's Psycho. Clearly far more graphic, but I feel if he could have got away with it Hitchcock would have had Janet Leigh in all her glory, and Anthony Perkins doing far more than taking a peak through the hole in the wall. If you are coming to this version purely for the DTS soundtrack don't bother but if you don't own a copy this one will do fine.