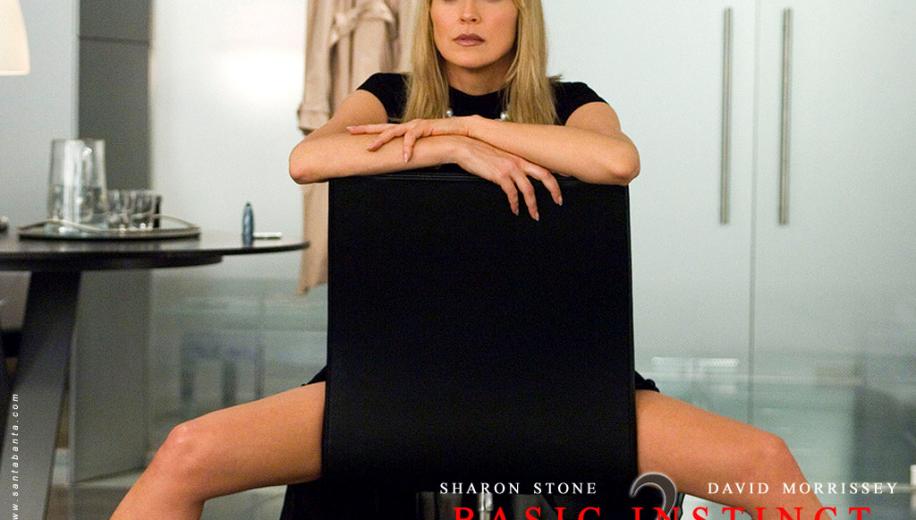 Basic Instinct 2 comes presented in a fairly healthy 2.40:1 aspect ratio anamorphically enhanced widescreen transfer. Detail is good throughout, with only marginal softness and little apparent grain. We do get some slightly annoying edge enhancement, but it seldom interferes with your viewing pleasure. The colour scheme presents London as much richer than it generally looks at night, but perhaps that lies more in the set design realm. Colours are vibrant, blacks are solid and rich and the good palette rounds off a decent visual representation.

We get an above-average Dolby Digital 5.1 effort to accompany the movie, with mostly-clear dialogue dominating the frontal array and plenty of sexual moaning peppering the track. The effects are not that prominent, with little in the way of bangs and mostly only subtle atmospheric nuances to give the surrounds a something to do. The score is nothing like Jerry Goldsmith's memorable effort for the original but John Murphy does his best to keep it in line with the production, and largely succeeds. Overall it is not a bad audio presentation.

First up there is an Audio Commentary with the Director Michael Caton-Jones. Here he explains a great deal about the lengthy time this took to be made, the fact that the original script was set in New York (why did they change that?) and his mentality when it comes to sequels, which was: don't re-invent the wheel, sequels are not about giving people something different, sequels are about giving people the same thing, with some differences. Well, he couldn't even do that right. Still, if you disagree with my opinion of the movie then you are sure to have plenty to agree with and listen to on this audio offering.

There are several ten Deleted Scenes, if you include the Alternate Ending, each with the option to hear what the Director has to say about cutting them. None of them are particularly interesting, from more of Tramell's musings to unnecessary additions to the subplots. Much of it is just Tramell being followed around by the love-struck doctor and even the Alternate Ending makes very little difference (only slightly clarifying the final twist). All in all, these are not worth your time, even if you did manage to stomach the main feature.

Between the Sheets: A Look Inside Basic Instinct 2 is an eleven-minute Featurette about the making of this movie. From their brief interview soundbites, it seems as if the cast and the crew all truly believe that this was an amazing movie and it is horrible to sit and listen to them singing the praises of something that is just not praiseworthy. They discuss the strength of the story, how it could have been a standalone movie - not just a sequel (how, pray tell, could it avoid the direct comparison?) and how brilliant the characters were. There there's a bout of self-praise back and forth between the various cast members, including most of the British names and Sharon Stone herself, followed by a look at why they set it in London (because it was cheaper? Or maybe just insanity?). The look at how they filmed some of the scenes, including the opening crash sequence, is slightly more interesting but does not really save this overly fluffy Featurette.

There is also a slightly odd choice of trailers on startup: Tagladela Nights, Friends with Money and Silent Hill, with these and several others, including the excellent Three Burials of Melquiades Estrada, available from the main menu.

Basic Instinct 2 is a bad movie. Some movies may not be regarded as 'A-movies' but are decent enough as b-movies (like the original Basic Instinct). Some movies are so bad that they actually end up becoming quite amusing, for all the wrong reasons (like the unintentionally hilarious Showgirls). Basic Instinct 2 is just plain bad. The video and audio presentation here is decent and there are a few extras that will keep any potential fans out their preoccupied but I would have to advise a rental if you really want to see this movie. Those with fond memories of Sharon Stone and the original Basic Instinct, should probably go and revisit that instead, it would be a better use of your time.