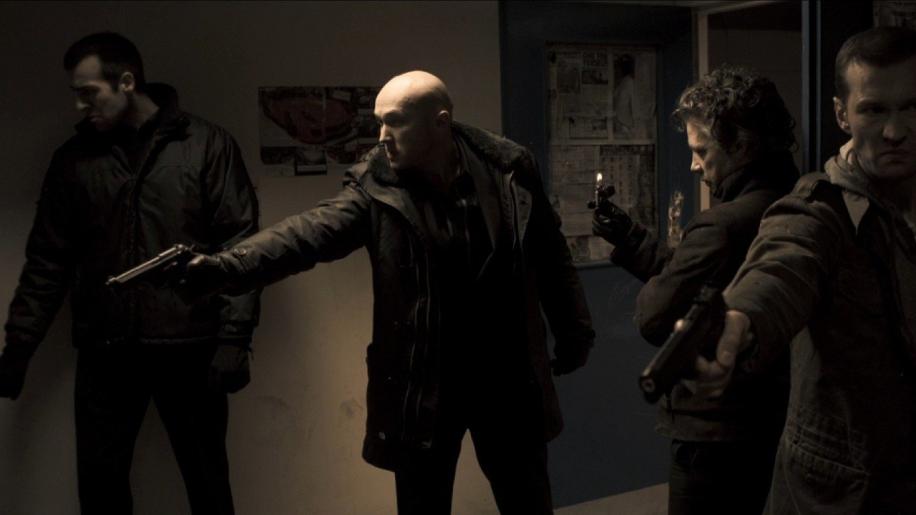 I used to have quite a romantic view of the life that nightclub bouncers lead. That is, until I did of tour of duty helping out at the bar I used to work at during the holidays. My eyes were well and truly opened. They weren't the oppressed, valiant, skilled martial artists that I imagined them to be. They weren't doing a thankless job of keeping the clubs clean, like I assumed. They were a motley, close-knit bunch who largely just leered at pretty girls twenty years younger than them, did not care whether you had I.D. as long as your skirt was short enough, and were often more drunk than many of the patrons within the establishment they were meant to be 'guarding'. They used to sit around after hours talking about old war stories - the most damage they inflicted on a drunk yob, the revenge they got on one poor youth who stood up to them (going round to his house and taking to him with baseball bats), generally stuff that you hoped was just exaggeration.
It turned out that real-life bouncers were a law unto themselves, individuals you don't want to get on the wrong side of - even if you're in the right - because they have a whole gang of trouble ready to be unleashed should they take a disliking to you. Around the time all this was going on, I read a short story written by a friend about a skilled bouncer with dreams of opening his own club, a moralistic individual who got in over his head with the wrong people with violent consequences. So, understandably, I was quite interested in this small, little heard-of project called Baseline, which was about just that.
Danny's a good sort, a tall, tough, no-nonsense bouncer who wants to keep his boss's club clean and violence-free. He's low-level, respected but unknown, and all he wants to do is save up enough money to start his own club. One night, however, he spots a man with a gun taking aim at his boss, the small-time gangster Tommy, and steps in to save him. Soon, he finds his world turned upside down, forced to join the botched attempt at taking revenge, and paid off to keep his mouth shut about the whole mess. But when his best friend's life is threatened over a debt unfairly claimed by Tommy, Danny is forced to step in once again, only this time putting his own life and the lives of the ones he loves on the line.
Baseline has had a rather quiet production history. It's an innocuous little, relatively low budget Brit gangster film shot independently. Despite the potential from the debut writer (/actor) who could have provided us with something different and quite personal, the reality is that the story treads very familiar East End gangster territory. The setup seems initially promising, but a series of unexpected - and largely unnecessary - time-lapse moments, during the first act, will quite quickly take the viewer out of the picture. 3 months here, 3 years there, you don't know enough (let alone care) about the characters at the stage when we shift forward, twice, and the end result is distracting.
The performances are, frankly, also quite TV-level. There are a couple of faces you might recognise from film, but the majority are TV actors. And then there's debut actor Freddie Connor, the guy who wrote the piece in the first place and takes centre-stage as the bouncer-with-a-heart, Danny. I know this must have been quite a personal piece for him, but he cannot carry a movie like this, and the end result is lacking in focal drive. You like the character, by necessity, but he neither has the charisma or energy to magnetise audience members, unlike, say, Ben Drew (Plan B), who took a key role in the recent, great Michael Caine Council Estate crime drama, Harry Brown.
Layer Cake's Jamie Foreman plays the stereotyped club manager with gangster strings, Hotel Babylon's Dexter Fletcher adds to the gangster-wannabe entourage (even if he still looks like he is trying desperately to escape his Press Gang origins) and BBC TV regular Zoe Tapper makes for a decent if unexceptional love interest. They all try their best (many of them second time around, as only a few new actors were cast for this 'remake') in their respective supporting roles, and do convince for the most part, but the movie still resides on the kind of level that would really be best suited to feature-length TV drama, and does not quite offer enough new to justify its cinematic release.
Baseline is not objectionable in any way, a perfectly decent, at times moderately gritty (the final act hikes the tension up quite a bit) crime drama that merely adds to the ranks of its East End gangster sub-genre but never really adds anything new. With mediocre performances and disjointed pacing, it falls short of being anything remotely memorable, however it does still make for a watchable weeknight TV drama event.