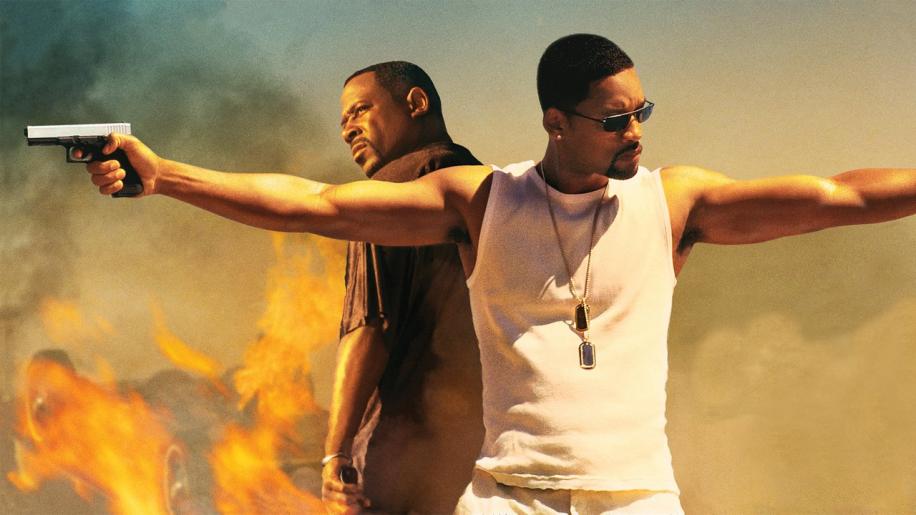 This superbit edition of the movie looks just a tad better than the R1 release reviewed elsewhere on this site. Presented in Anamorphic 2.40:1 Widescreen the image is very nearly reference quality. The print used for this transfer is spotless with no signs of dirt, scratches or grain and has a glossy sheen that we have come to expect from a Bruckheimer production.The image is also razor sharp and this even extends to wide angled shots such as the Ariel views of Miami during the day time. Each line of the buildings is sharp and there is plenty detail on show. The definition and clarity is some of the close ups is also breath taking, lines and pores are clearly visible on faces with skin tones looking natural.The style of the movie is also captured in all its glory with colours, especially reds and yellows looking vivid and detailed with no apparent bleed or blooming. But the dreaded edge enhancement did rear its ugly head in a few brightly light scenes and although not overly distracting, if you notice it you will feel cheated, this could have been an outstanding transfer.

Overall Columbia is to be congratulated with another fine transfer which brings the high gloss of the movie to life and this superbit just oozes picture quality.

At last we are given the option of a dts track to accompany the already fine Dolby Digital mix. The Dolby Digital (448kbps) and dts (768kbps) soundtracks are loud and very aggressive. Right from the start you know you are in for some outstanding action and effects. The quality of the mix is impressive with gunshots surrounding the sound stage and accompanied with a deep LFE channel during the explosive moments.The highway chase will become the next demo sequence of choice as the cars fall from the transporter with such ferocity and impact, mixed with the roar of the Ferraris engine and gunfire, to produce an adrenaline inducing five minute chase. But it doesn't stop there as all hell breaks loose in the street with a full scale gun battle, before the chase is back on again.

Split surrounds are used in an imaginative and convincing manner with effect placement sounding realistic and frightening. And while world war three constantly breaks out on screen, dialogue and score are clear and intelligible at all times with the mix creating a wide and enveloping experience.This is a first class soundtrack and needs to be played loud, and the dts track just pips the Dolby mix for sheer dynamics and a wider, more detailed sound stage.

Nope, this is a superbit, you will find no extras here.

The perfect popcorn no brainer just got a louder sound mix and exceptional picture quality.