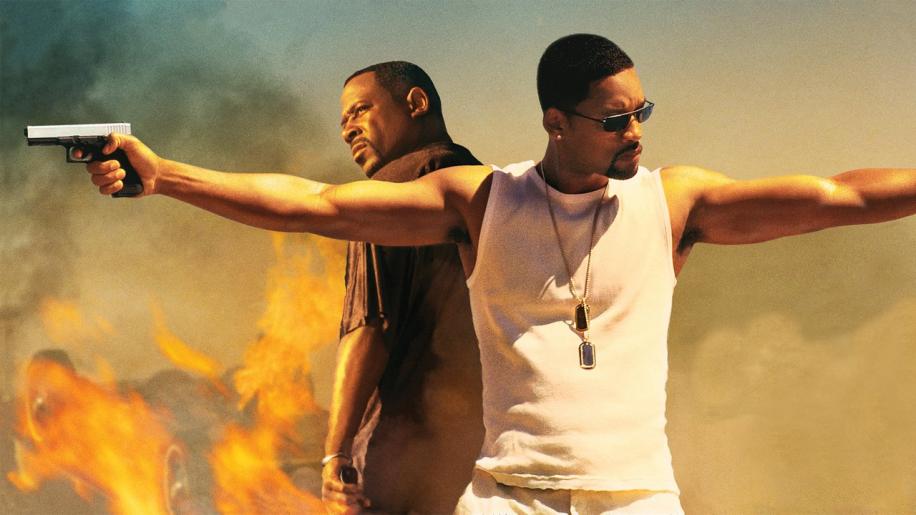 Eight years ago we were first introduced to Michael Bay and his flash brand of film making with Bad Boys, starring Will Smith and Martin Lawrence. The film although simple in its plot and character development, made huge stars of the leading actor's and gave Bay the opportunity of making even bigger pictures in the years to follow (although not all were successful - Pearl Harbour anyone?).

So why did they return to Bad Boys for a sequel? Maybe Bay felt sorry at the fact Lawrence seemed to vanish from screens after a few very unfunny performances in later pictures? Or maybe Bay was finally allowed to blow even more things up and return to his favourite buddy boy cops. What is clear though is that Bad Boys II is just an expensive, flash and over the top remake of the original movie.Set again in Miami the plot is very thin; Mike (Smith) and Marcus (Lawrence) are now part of an elite narcotics team sent in to bust a huge supply of ecstasy heading for Miami's nightclubs. Their information is however poor and after gate crashing a KKK rally, they must track down the shipment before innocent people die. The drug is being imported by a Cuban Kingpin who has plans to take over the criminal underground by chopping up his rivals. But the DEA, including Marcus's Sister Sydney, are also on the trail of this crook. Things never run smoothly, Marcus has had enough with Mike and his antics and wants a transfer away from him, Mike is seeing Sydney behind Marcus's back and then there are the anger management classes and faulty swimming pools!

So it must be really bad then? Well no, I actually really enjoyed this action caper which starts fast and just keeps going. Michael Bay has actually made what little plot there is go a long way and turn what should have been a 90 minute movie into a two and a half hour epic. Never one to simply fall back on CGI effects, much of the action on screen is done for real, with living, breathing stunt men and proper cars. This makes the action more intense and the stunts feel realistic. There are some subtle uses of CGI effects; they were never going to stick a $300,000 Ferrari in any danger but you will be hard pressed to notice. And what can I say about Bay's camera work, only one other director I know (David Fincher) has the skill to produce seamless 360 degree pans, such as the gun fight inside the Dealers house. Trapped at one side of a wall is Mike and behind are the bad guys, but the camera is able to go through the walls in a giant circle allowing the viewer to see everything that's going on.

The comedy aspect of the movie is also ramped up and there are some genuinely funny moments, just check out Marcus and Mike discussing “men” problems and accidentally being caught on camera, very funny indeed. The only real negative points to discuss with the movie are the same points you could raise with any cop buddy movie. The bad guys are your stereotypical Cuban/Russian/Italian/East European (delete where necessary) crew of villains and the plot and character development are no where to be seen.

But let's just cut to the chase, that's what this movie is about! Fast cars, MTV style cutting, loud music, explosions and some outrageous stunts. What more can I say? You'll either love it or hate it, but this movie in my opinion is well worth a look and it will certainly give your system a workout.