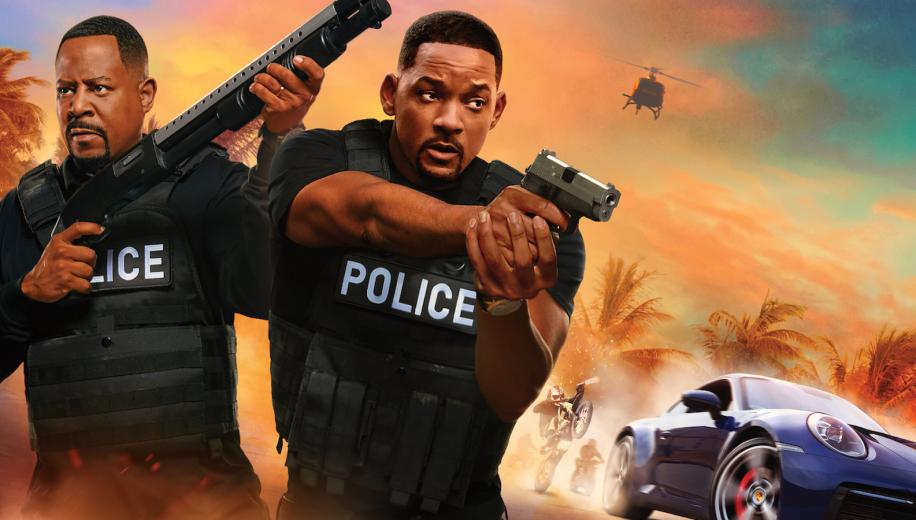 Somehow spanning a quarter-century, the Bad Boys franchise survives the loss of Michael Bay, and impossibly endures the protracted delays since the last chapter, with the boys making a welcome return.

Michael Bay might not be very good at coherent filmmaking, but he does have a certain over the top style that, when married with the rapid-fire banter of Will Smith and Martin Lawrence, made the whole Bad Boys experience quite... unique. Seventeen long years after the last blockbuster entry, when nobody really believed (or possibly even still cared whether) a further instalment would be made, and the boys are back, only without Bay behind the camera. And as messy a maestro as he is (6 Underground), this is certainly his wheelhouse, with director brothers Adil El Arbi and Bilall Fallah doing their absolute best impression of classic era Bay, and earning themselves some credibility for the (equally unbelievable) Beverly Hills Cop 4 sequel they have in the works, but not always capturing the visual action spark that Bay has.

Smith and Lawrence do their best to find the roles they left behind them all those years ago, with the former trying to loosen back into the slick part, whilst the latter searches for every ounce of energy he can still muster, coming together for one more tribute performance which hits more of its comic notes than its action notes, but seldom proves less than entertaining even at an overlong 2+ hours. And rather than just trading mere too old for this jokes, they dig a little deeper this time around, affording the most heartfelt of the entries - rather surprisingly.

Rather than just trading mere too old for this jokes, they dig a little deeper this time around, affording the most heartfelt of the entries - rather surprisingly

Bad Boys For Life trades in slightly unexpected plot machinations which shake up the formula pretty early on, leading to a shift in dynamic which even the trailers couldn't really betray. The otherwise minimalist plotting still holds it all in place, really coming together for a rewarding final act, yielding not just the film's but the franchise's most sobering moments (even if a Fast & Furious-esque coda burns through some of the goodwill earned).

It really is much better than it had any right to be after all this time, particularly without (classic) Bay on board. It even manages to (just about) get away with the now-ubiquitous younger cast introduction, and furthermore even halfway integrates them into both the action and comedy. The setpieces aren't exactly memorable, but they get the job done, and it's Smith and Lawrence who you really come here for; you're on board for this ride right from the moment you know they are both back, and the end result doesn't disappoint.

Bad Boys For Life may not be quite as visually accomplished as Bay's efforts, but it's just as impressive in 4K, easily hitting demo and reference levels

Bad Boys For Life may not be directed by Michael Bay, but its boasts the same colourful over-stylisation, and makes for the kind of format-defying 2K upscale which Sony regularly delivers, up there almost in the same league as the John Wick sequels. Gorgeous locations, plentiful use of primaries and bold and vivid tones, as strong black levels operating at the inky depth opposite end of the scale to the peak whites afforded by format, all come together to create some serious audiovisual prowess. Detail is excellent, lapping up the skin textures and age lines, as well as finer nuances to the hair styles and clothing, background flourishes and environmental intricacies.

Of course HDR and WCG make all the difference, doing the heavy lifting and impressing even without any added Dolby Vision or HDR10+ enhancement, as they gift stronger tones an added depth and vibrance, bringing the night club sequence to life in glorious purple and blue neons, casting the sun-kissed Miami setting with a warmer, but no less bright, sunshine look, and yielding those aforementioned supreme blacks and peak whites. Bad Boys For Life may not be quite as visually accomplished as Bay's efforts, but it's just as impressive in 4K, easily hitting demo and reference levels.
﻿

Bad Boys For Life goes into overdrive with its DTS:X track (the IMAX Enhanced small-print should signal the kind of LFE-fuelled offering it's going to deliver), providing an utterly bombastic, music-and-action-driven blockbuster event mix which absolutely hits all the right notes.

Hits all the right notes

Dialogue its keenly disseminated with the necessary priority across the frontal array, even during the more excessive action maelstrom that frequently erupts. The score provides an almost perpetual backdrop, thrumming during the club sequences, enjoying plenty of suitably chosen song tracks across the runtime, and displaying some of the more impressive LFE and dynamics afforded by the track. Of course, the more effects-driven action moments are still the real standout, with slick action sequences igniting the stage through thunderous shootouts, car and bike chases, whipping helicopter blades overhead, and even the occasional explosion. It's a fabulous, faultless audio track.
﻿

There's nothing on the 4K disc itself, but the accompanying Blu-ray provides a solid selection of features.

A solid selection of features

There are a few short Featurettes which look behind the long-gestating second sequel, the endurance of the franchise, and bringing everybody back together, as well as a some Outtakes and Deleted Scenes to round out the disc.

This is definitely the Lethal Weapon 4 of the series - i.e. a far cry from the first two - but, considering that both the time which has passed, and the age of its cast, were working against it, it's still nice to get another instalment with the Old Bad Boys. If they want to do a Fast and the Furious to the franchise though (and the post credits scene would suggest so), somebody is going to need to pick up the phone to Justin Lin and get him on board.

A package which, for Bad Boys - or AV - fans, is a must-have

Sony's UK 4K Blu-ray release of Bad Boys For Life is absolutely stunning on all fronts, delivering utterly reference video, even without a 4K DI or added enhancements like Dolby Vision, as well as a tremendous DTS:X audio track. A few extras round out a package which, for Bad Boys - or AV - fans, is a must-have.