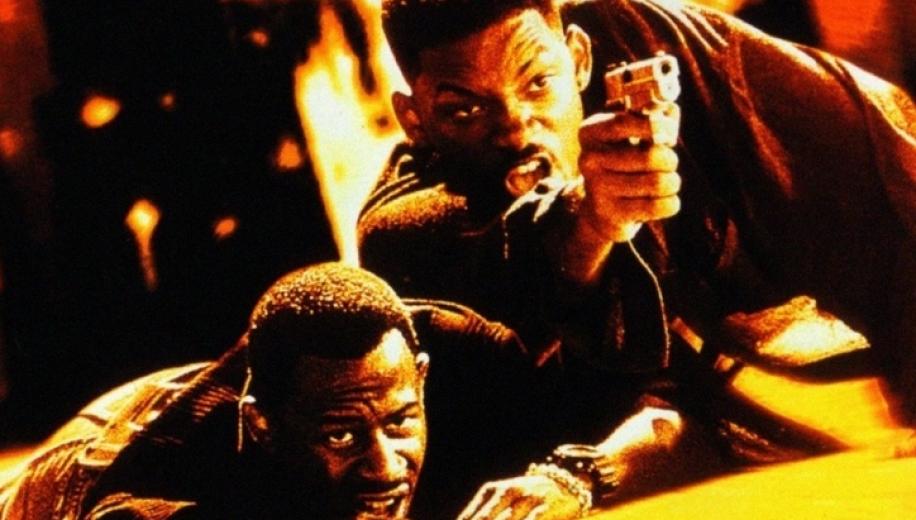 Back when Smith, Lawrence and Bay were all happy to have fun without pretentious aspirations, we got Bad Boys.

At the time of its making, the Bad Boys formula had already been done a number of times before, and better. Its clichéd dialogue, stereotyped characters and over-the-top action sequences were all marks of a classic buddy-buddy action-thriller. Really the definitive entry in the genre has to be Lethal Weapon. Bad Boys, however, had two great assets, who both proved the most successful aspect of the film (and its sequel) - Will Smith and Martin Lawrence. The camaraderie, the banter, the improvised lines and the confrontations, it is all pitch-perfect. You feel like these two actors were made to work together.


Remains engaging due to Smith and Lawrence

The film was actually surprisingly well directed too, long before he disappeared into a 'Bayformer' abyss, Michael Bay was still perfecting his style, and managed to work wonders on the minimal $18 Million budget. He made his debut movie look much more glossy and flashy than the price tag would otherwise dictate, and delivered some thrilling chases and action set-pieces. Sure, the whole thing is still style-over-substance, but it's far from the excess of its (admittedly also fun) sequel, and remains engaging due to Smith and Lawrence, back when they were still fresh and unpretentious, and a whole lot of fun. Bad Boys has enjoyed a rather surprising number of Blu-ray releases over the years, some better than others, with Sony eventually giving it the 'Mastered in 4K' treatment less than a year ago, a release which forms the backbone for this upgrade, afforded an impressive native 4K presentation on this Ultra HD Blu-ray.

Bay's directorial debut was a limited budget affair, which he shot in the fuller 1.85:1 aspect before mainlining in 2.4:1 from there on out (exceptions like Transformers notwithstanding), including for the sequel. That said, the sizeable upgrade on even the mastered in 4K Blu-ray worked wonders with the material, delivering a vastly improved picture in terms of clarity and detail, but not at the expense of a nice fine grain texture.

Indeed the full-fat 4K Ultra HD Blu-ray video presentation here has a tough task showing a night-and-day improvement, but pulls it off in style, rendering pristine images, fine definition, strong clarity (notwithstanding the softer style of some of the shots - Bay's pedigree coming from music videos up until this point) and fabulous textures. Grain is still evident but the HDR doesn't draw it out into a noise-ridden mess, leaving it an organic component that merely adds that extra level of depth and substance to the image.

Of course HDR and WCG are the components that really help this release outclass the previously excellent Mastered in 4K Blu-ray package, pushing the stunning tequila sunsets and sunrises, drawing out the inky black gloss of the Porsche 911, and rendering such a vibrant blue pool water colour that it makes you want to dive right in. Palm trees nod towards background greens, but this is a tequila cocktail colour-toned piece through and through, with shadow depth expertly resolved and all-round picture excellence that's hard to fault. The 4K release enjoys a decent albeit mostly technical upgrade on the aural front too, with its Dolby Atmos track founded upon an already strong Dolby TrueHD 7.1 core which does its best with the boisterous material but - as with the previous Mastered in 4K Blu-ray's DTS-HD Master Audio 5.1 track - doesn't really know how to do nuance or depth.

The snappy dialogue is accurately rendered throughout, clear and coherent and dominating the centre channel whenever it is appropriate (and benefiting no end from the fact that much of it is shouted), and the action sequences allow for a fair amount of boom; the shootouts sending shots ricocheting around your living room.


Subtle, it is not

The score is also perfectly suited to the material, Mark Mancina's Bad Boys theme riffing right from the opening credits, and pervasive throughout, getting keen use from the surrounds and making for another positive aspect of the soundtrack. But, despite this not being a particularly subtle movie, there is still a lack of depth and atmosphere to the track, few ambient elements coming to the forefront and the film really only existing on its high octane moments to provide you with aural sustenance, and even those lack the kind of LFE depth you would expect as commonplace these days.

In that respect, it makes for a slightly muted workout for your home cinema equipment; subtle, it is not, but it won't quite have your sofa rumbling either, as perhaps you'd hope with what should have been an easy demo and reference run. It's still got some great moments, but this could have been better. Nothing on the 4K disc, but the accompanying Blu-ray has the old Commentary, Featurette and Music Videos The best edition of the film available

Bad Boys has enjoyed - and fans have endured - an overabundance of releases over the last 23 years, including several Blu-ray editions, the last of which (the 'Mastered in 4K' Blu-ray), was clearly laying the groundwork for this Ultra HD Blu-ray release.

Afforded full-fat 4K video, the upgrade is impressive and whilst the Atmos upgrade isn't as noticeable, it's still a technically strong release which is certainly the best edition of the film available. Fans should hunt it down or pick up the two-pack.