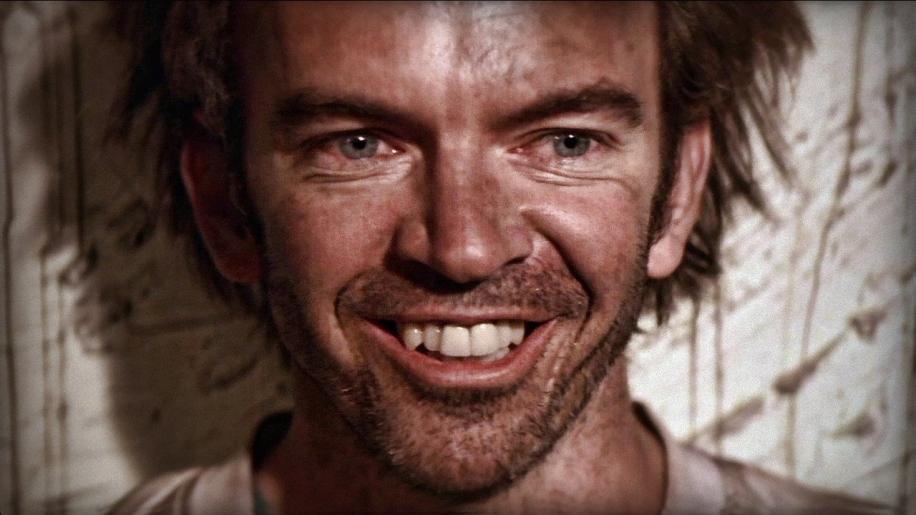 Bubby is a 35-year old man that has spent his whole life trapped inside a squalid apartment, kept prisoner by his depraved mother, his only human contact. When Bubby's estranged father turns up, the man-child seizes an opportunity to flee into the outside world, and embarks on a dark journey where everything to him is an unknown.

Part black comedy, part fable, Bad Boy Bubby is a little known Australian cult film fom 1993 that won awards at a few film festivals but then disappeared off the radar. I picked up a ropey ex-rental tape a few years back and certainly nobody I knew had ever heard of it. Watching it on DVD in widescreen with updated sound is quite an experience as it's one of the most bizarre and experimental films you will see this side of Asia. I don't know how feature films like this get funded; even a low budget film like this will usually cost a few hundred thousand dollars. How on earth do the makers convince backers that something like this will ever be a good investment? A film like this is too artfully crafted to be a mere 'exploitation' film, yet it's so deranged and black that it will only really appeal to a few sick puppies (like me!) Anyway, I'm just pleased they get made. The first half hour where we are introduced to Bubby (Nicholas Hope) and his world is genuinely harrowing and depressing with little levity, but once he leaves the apartment the film is frequently quite funny and poignant. In fact, it's the sickest 'feelgood' film I've ever seen. The opening scenes of squalor, incest and abuse followed by murder are resolutely depressing and fool you into thinking it's a certain type of film but then it moves on and as Bubby himself moves on from encounter to encounter meeting both cruelty and kindness the film also evolves, changing from scene to scene.Nicholas Hope's portrayal of the man-boy Bubby is wonderful, absolutely first class. The whole film revolves around his performance and he truly is fantastic. A manic tour-de-force. No joke. We quickly understand that Bubby is like a blank slate absorbing and repeating everything he sees and hears. His gift for mimicry is his only means of communication, and Hope never puts a foot wrong convincing us of this. As the innocent Bubby travels from situation to situation you really root for his plight no matter what he does, however wrong. I've never seen the simple-minded portrayed like this. You can keep your Tom Hanks and your Billy Bob Thorntons, this is genuinely an Oscar worthy performance.

After the grey, slow, numb opening scenes the film bursts into a many filtered visual extravaganza. The director Rolf De Heer keeps things moving along at a decent pace and utilised a staggering thirty two (yes, 32!) cinematographers to keep Bubby's experiences looking as fresh and distinct to us as it did to him. This technique, strange as it is, works. Each scene, though still fitting seamlessly into the whole work, has it's own idiosyncratic look and style. Some scenes bubble with energy, some are still. Although the momentum of the film is sometimes slowed down by the wild tangents it takes, none of the scenes are dull. De Heer often uses Bubby's POV with people talking to the camera, and this is a technique that I often find contrived and false but it works here every time. The plotting and writing, like the visuals, are also first class with some genuinely inspired moments often containing crafty bursts of earthy Aussie humour. The acting is uniformly excellent. The difficult role of Bubby's mother is handled with style and no little bravery by Clair Benito, especially when you consider she's no spring chicken. Similarly, the supporting roles and walk-on parts are handled by aplomb by each and every person. When Bubby robs a gas station with a dead cat wrapped in cling film, the look of shock on the attendant and his scalded reaction is absolutely priceless. Tremendous stuff!

There's fierce talent at work here, both in front and behind the camera. Once seen, Bad Boy Bubby won't be forgotten.