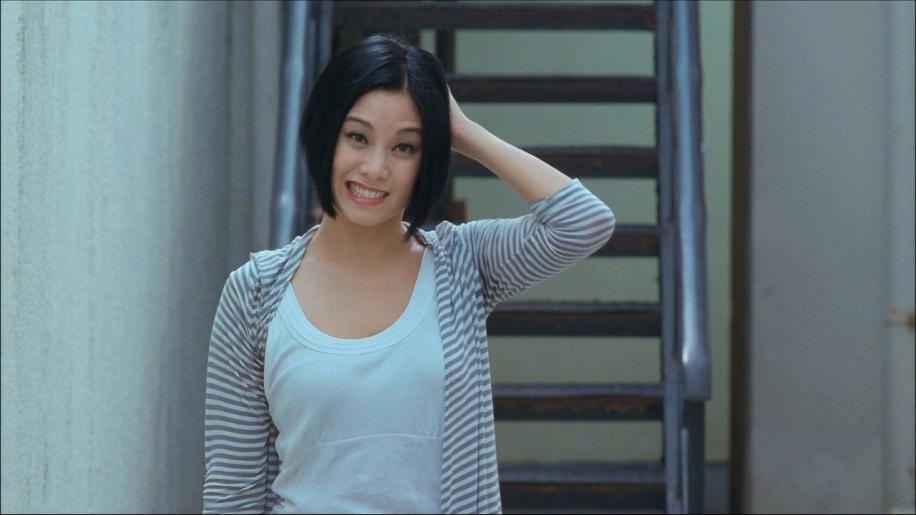 'Bad Blood' was released earlier this year (2010) and was written and directed by Dennis Law. Enamoured with his previous martial arts based releases ('Fatal Move' and 'Fatal Contact') and his work as a producer on the 'Election' series of movies, his latest feature production is a combination of both. Law uses the same production crew (which includes himself) for every movie and likes to have a hand in the scriptwriting process. He also likes to tackle a wide range of subject matter, such as child abuse, and the aforementioned martial arts flicks also contained plenty of romance. With his previous efforts only enjoying marginal success, Law looks to infuse his latest triad based offering with a healthy dose of kung fu in an effort to impress both critics and audiences alike.

The ensemble cast contains some well known names as well as some unknowns. Favouring actors with whom his has previously collaborated with, Law has selected Simon Yam ('Election') to take on the primary role, playing Funky. Pinky Cheung ('A Very Short Life') plays Lucy and kung-fu acting legend, Wai-Man Chan, plays Broher Zen. These experienced actors are joined by Bernice Liu ('The King of Fighters'), who plays Audrey and Andy On ('Fatal Contact'), who plays Calf. Newcomer Luxia Jiang also takes on a primary role, playing Dumby. Sticking with actors that have previously delivered the goods is a safe bet for directors (and adds appeal to international audiences) but with a couple of relative unknowns, who do not have a whole lot of experience, let's hope that Law's directorial skills are up to the job at hand to guide his mixed bag of a cast.

The plot revolves around the will of a crime organisations boss (Andy), who was recently executed following a failed effort to steal a copperplate money press. Obviously not wishing to draw attention to his fellow triad members, Andy leaves a considerable chunk of money (which in reality belongs to “the organisation”) to his daughter (Audrey) and son (Jason). Funky, the man who has been deemed worthy to succeed Andy, following a majority vote with the other triad members, assumes the position of triad leader with ease. With funding somewhat strapped following Andy's demise, Funky begins the process of extracting the money from Audrey and Jason by any means possible. However, some of the lower ranking members of the organisation feel somewhat jilted by Funky's sudden rise to power (namely a young buck called Calf). Trying to turn this instability to her advantage, Audrey begins to make alliances that will prevent her from falling by the wayside as Funky attempts to relieve her from Andy's legacy.

I have to say that this is most certainly one of the weaker efforts in this genre of movie that I have seen in recent years. I think that there are a number of factors which contribute but the most obvious is the fact that the movie is so clichéd. Not wanting to spoil the movie for anyone who has not seen it, I will say no more on this matter but a combination of poor direction and hammy acting really makes some of the “reveals” and plot direction extremely blatant. The characterisation is very basic and stereotypical, with Funky playing the part of bad ass, demanding boss; treating everyone with very little respect and having a totally over inflated opinion of himself (as we have seen many times before). Calf and Dumby (so named as she is a mute; how politically correct in this day and age!) are two characters who are granted a considerable portion of on screen time but their relationship is downright pointless. I suspect that the only reason for their inclusion was to showcase some of their considerable martial arts prowess (Jiang is the national Wushu champion). The cast as a collective reek somewhat of cheese and ham (especially Bernice Liu following the car bomb scene), with even the mighty Simon Yam (and cameo by Suet Lam) unable to raise the bar in the acting stakes. I also found the squeaks and other sounds that Dumby made highly irritating. The rest of the cast are mainly secondary and contribute a little to the action and plot progression but all could have been easily omitted; I suppose a tried organisation needs to have more than three members though! The direction from Law is adequate. There's nothing special on show here but also nothing wrong with his techniques either. Everything is solidly framed and there are a few nice touches here and there, such as some nice split screens and capturing the action from unusual camera angles. I do have an issue with his rather unusual filter choices, which can detract from the image at times.

There really is nothing clever about the plot at all, which just leaves the action side of things to try and atone for the lack of substance. While the fights are enjoyable the first couple of times, they begin to feel repetitive, with Law seemingly loosely stringing together a weak storyline which allows him to introduce combat set pieces at regular junctures. When these encounters occur they are very easy to spot (a few minutes before they happen), which lessens some of the impact and initial excitement of seeing one man take on several with just a lead pipe for company. The choreography is pretty impressive at times although there were a few kicks that obviously didn't connect and any of the scenes involving Bernice Liu (Audrey), as she diligently trains to the level of martial arts master (in seemingly no time at all), are somewhat unbelievable. Dumby and Calf's battles are far more exciting although the “romance” aspect of their relationship almost ruins their kung fu based exploits. While the action based scenes are accurate, in that they present all the relevant parties wielding machetes (the weapon of choice of triad members), the locations are somewhat samey and it's as though the entire piece was filmed in one warehouse. There are a couple of comedic elements thrown in for good measure but these moments feel contrived (such as those involving Brother Zen); I suppose that this may be another case of lost in translation but at least there's a few unintentional laughs to be had thanks to some of the woeful dialogue. There's also a hilarious scene where Audrey manages to cut her own hair to the standard of a Peter Mark stylist - how ridiculous! The end scene involving Mama Ling is pretty amusing though.

Although this movie is in essence a revenge movie (with greed also getting a curtsey look in), the premise is very wobbly; Law tries in include romance, comedy, martial arts and crime/thriller aspects as well. While I applaud his attempts to break the mould and produce a movie that stands out from the crowd, 'Bad Blood' is a bit of a muddled mess. It's as though Law has spread himself too thin on the ground and should have focused his efforts on one or two key aspects of his production (such as directing his cast and penning a very solid script with one core theme), rather than including multiple themes which don't gel very well, especially with the relatively short run time. While Law is very active in the movie business, I think that he needs to either pick up some new techniques or stick to producing before his reputation is completely ruined. The end result is without doubt disappointing and while it may be worth checking out for a few of the fight sequences, I would personally avoid this one as there are far better offerings available from the Asian movie market.

You are a hooker's son with a rotten face!