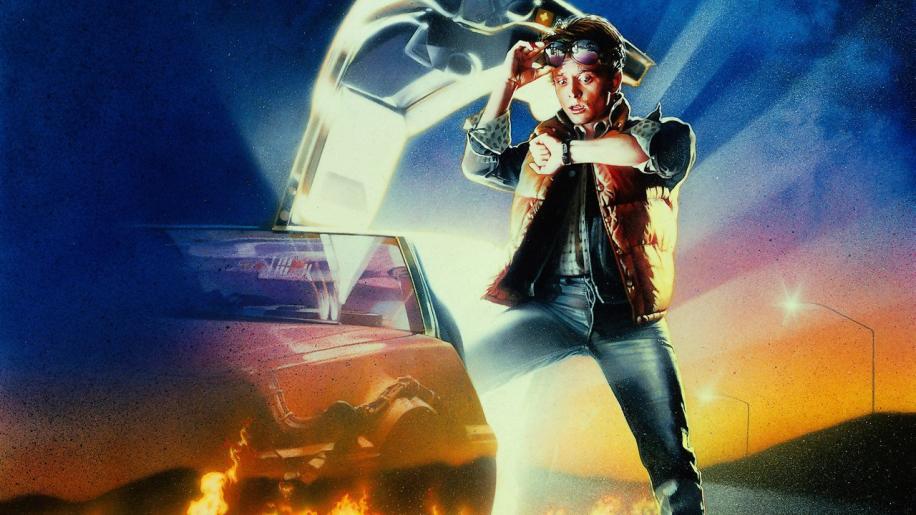 All three movies are presented in anamorphic 1.85:1 and thankfully have the correct framing, a problem which was encountered on the 2002 release and has been corrected. Starting with Back to the Future brings up a clean and clear transfer which only displays minimal grain and dirt on the print. Colours appear natural if a little washed out and blacks appear deep and silky, only once or twice did they appear too light or grey. Skin tones looked natural with a slight hint of a green tinge now and again in medium long shots. Edge enhancement although present was unobtrusive even on my 7.5ft screen. Overall it looks identical to the earlier R1 release. Moving to Part II shows some improvement in those areas lacking during the first. Colours are bolder and richer looking with excellent saturation. Blacks are deep and smooth with plenty of shadow detail present and skin tones look natural and well defined. There is a noticeable improvement in detail and contrast seen within this print and at last the shots in the alley and else where are now properly framed. Moving onto Part III and again it looks great, very little damage can be seen on the print and colours are rich and vibrant. Detail and contrast are again really well delivered. Overall the transfers appear to be the same as the corrected R1 NTSC efforts and are overall pleasing to look at and do there job very well, nothing like reference quality, just above average really. Sound is an important part of any Sci-Fi trilogy and both the DTS and Dolby Digital 5.1 tracks are more than acceptable in their dynamics and depth. Both have clear dialogue and excellent use of the surround channels when effects are used on the screen such as the Delorean jumping through time. You can clearly hear the squeal of the electronics as the car reaches 88mph before a loud thumping bang as the vehicle vanishes. Music sounds fully bodied and rich using all the available channels in the mix. There are no real differences in dynamics between the three films as they all sound well balanced and full bodied. The trilogy is not a tour de force of surround mixing, meaning it never gets too aggressive, yet it's more the subtle nuances of everyday sounds which make the surround fields appear natural and lifelike. I really couldn't decide which of the sound formats delivered the better experience, the DTS had a slightly wider and louder feel but at the same time the Dolby track ticked all the right boxes, I think this one will be down to personal choice to be honest. Overall the sound mix works very well and has good dynamics for a now aging trilogy. The extras are available on each of the film discs as well as a forth extras only disc. The films have identical extras to the 2002 UK releases and the fourth disc contains those extras that where present on the 2002 US release. So what's new? Erm.... nothing that I can see unfortunately.

Disc One: This starts with the original 1985 making of Documentary which covers interviews and behind the scenes footage as well as interesting facts about the filming and concept processes. Making the Trilogy Part I is an interesting retrospective made in 2002 with all the key crew members and cast interviewed on their memories of the movie and what went into the filming and production work, again this includes some interesting behind the scenes footage. The audio Commentary track is provided by Director Zemeckis and Producer Bob Gale which although informative is rather dry and tiresome if I am completely honest. Next up we have outtakes and deleted scenes which are fun, Make up tests, a did you know? Feature and finally a theatrical trailer.Disc 2: opens again with a making of feature from the films release and the second feature is part II of the retrospective, again we get outtakes and deleted scenes, production diaries, a hover board test feature and a trailer.Disc Three: continues with the same layout of extras, Part III of the retrospective, deleted scenes, Production notes, a ZZTop Music Video and the Trailer.So as you can see the extras are identical to the R2 release from 2002 and the only new extras are contained on disc 4, which has the extras seen on the US release from 2002 and include; Back to the future - a question and answer session with Zemeckis and Gale, which is good fun and answers a few questions on plot and story progression amongst other production details. Next is an enhanced interview with Michael J Fox, which basically lays his interview over footage of the film, he provides some interesting comments on his memories of filming, but if you have watched the other extras before this, you will have heard it all before. Also under this section are the remaining deleted scenes not shown on the UK disc, excerpts of the screen play a teaser trailer and production notes. Part II - This contains an extension of the Q&A session with Zemeckis and Gale which is audio only and uses a black screen while the audio is playing, I found this quite annoying, but the audio track is good fun. Again we get the deleted scenes which where missing, production diaries, Huey Lewis music video, did you know that? Animated section, a designing the Delorean feature with artwork, a designing time travel feature which explores how they did the effect, a visual effects short and finally Storyboards. Part III - Again we get the audio Q&A track for part III as well as a making of documentary for the third part not featured before. There is an annoying Secrets of BTTF which has a very annoying child actor reading out letters from fans. Rounding up the set are, production notes, FAQ, Designing the campaigns, Designing Hill Valley and finally the did you know that feature and Deleted scenes.

So overall if you already own the Region 1 Back to the Future set you have all the above extras already, if you own the R2 2002 set you have the extras on the film discs but are missing the ones on disc 4 which in my opinion is no great loss. The extras included in this 20th anniversary set, such as the number plate make this a must have for any fan in my opinion however. Oh and a nice touch that I haven't seen before is an option to have the menus in English, sweet. Well this set has the same discs and extras from the 2002 R1 release, but fills in the blanks from the R2 2002 release. Is it worth owning then? Well this set is a collectors dream and any real fan of the trilogy will want it. The films are well presented and available on other regions but if you want the overall package you can't really go wrong with this - recommended for all collectors.