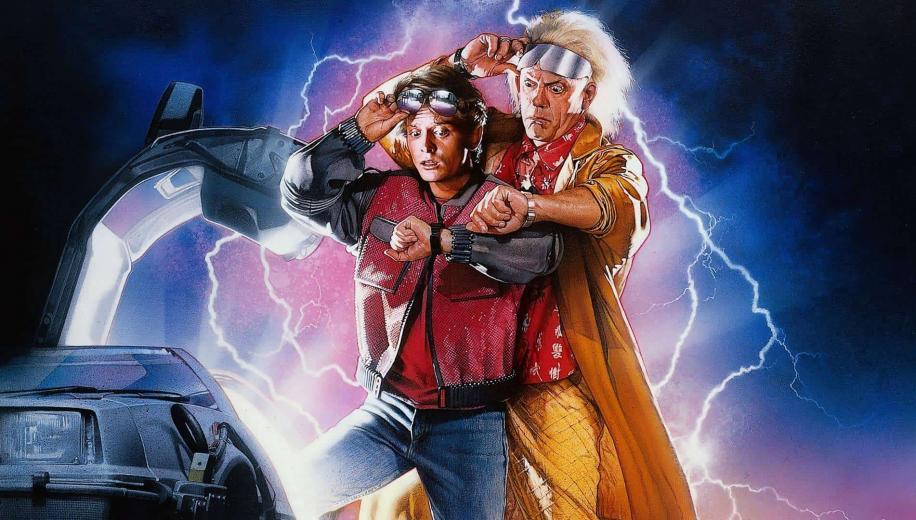 Back to the Future Part II Review

One of the best sequels of all time, Back to the Future Part II doubles-down on the time travel hijinks and enjoys some colourful then-future-2015 'predictions', looking even more impressive than the first movie in 4K, with Dolby Vision and Atmos leaving it in the best shape it's ever been.

Up there with Terminator 2, Aliens and Godfather Part II, Back to the Future Part II is a fabulously, and surprisingly, convoluted time-travel sci-fi romp which organically continues the voyages of Marty McFly and Doc in their time-travelling DeLorean as they take a leap forward, with consequences even more devastating than their sojourn in the past.

Although it took a couple of years to put together - and lost two original cast members in the process - the end result was fantastically realised, particularly for a 1989 movie, with some great, iconic, ideas (the hoverboard!) and a slew of future predictions which, looking at it in 2020, are strangely right on the money (huge wall-mounted, multi-channel, split-screen TVs, video calls and videoconferencing, fingerprint scanning, drones, surveillance, interactive advertising etc. etc.), as well as an excellent 80s-LA-style depiction of the familiar environment transformed into a veritable post-apocalyptic warzone.

Easily one of the best sequels ever made

The story - or perhaps more importantly, the efficiency of the storytelling, means that a Nolan/Tenet-lite array of time-travelling could be depicted with relative ease, seeing our protagonists go to the future to change things, whilst the antagonists meddle with events in the past, which affects the 1985 then-present, and require a trip to the past to fix the present and the future, further complicating matters as we cross paths with the very same protagonists during their exploits from the first movie. It's genius, hilarious, and wonderfully - satisfyingly - complex for a family-friendly sci-fi romp.

Once again Michael J. Fox and Christopher Lloyd define the piece, but honourable mention should be made of Thomas F. Wilson's glorious triple-header as old Biff, the thunderously stupid cyborg grandchild Griff, and young Biff. Sure, Fox's Eddie Murphy-style comedy line in playing a slew of family characters - of both sexes - gets a few laughs, but Wilson makes the Biffs very interesting Lex Luthors of the franchise, in a way that you wouldn't have expected from the first movie.

So, a perfect cast really, bringing their A-game, cutting edge effects (at least at the time) which offer an uncanny look at present tech, a superbly wrapped-up-in-a-loop-within-a-loop-within-a-loop plot, fabulously witty scripting, another great Predator-esque score from Silvestri, and a hell of a cliffhanger ending for the back-to-back shot third instalment. It may not be quite as good as the perfect first movie, but it's sure damn close, and easily one of the best sequels ever made.

Back to the Future Part II 4K Video

Back to the Future Part II arrives five years after it was set, in 2020, as part of an "Ultimate" 4K trilogy box set from Universal. This highly anticipated Ultra HD Blu-ray set is absolutely unmissable, with the first film served well and the second even more impressive, similarly boasting a 4K restoration resulting in native resolution with Dolby Vision (and HDR10+), but also similarly facing some limitations from the original source material.

Back to the Future Part II was made some four years after the first film, and for twice the budget, and it cleans up pretty damn impressively, with more consistent detail, less sporadic haziness and less variable grain. None of that is to say that the first film disappoints in 4K - it doesn't - but any of the niggles found in the first film's presentation are even less noticeable on the second film's rendition. That said, the second film was also one of the first features to utilise certain visual effects techniques, most prominently using pioneering digital compositing technology from George Lucas's ILM (who were just a couple of years away from breaking new ground again with Terminator 2). Whilst this was cutting edge at the time, the optical techniques required have left it extremely hard to clean up when it comes to restorations, with layers on layers baking in limited detail and unalterable grain. With all that in mind, they really have done a spectacular job restoring this film, and the less effects-driven sequences are absolutely stunning in the format, whilst the mostly fleeting moments of effects wizardry come across as largely forgivable given you know that there's simply no way of making them look perfect, and the best efforts put in here are clearly more than good enough.

Of course, the WCG, HDR and Dolby Vision (and, for those who have it, HDR10+) are easily the standout elements, capping off the lavishly restored image and improved detailing with gorgeous, rich tones that somehow make even the Dick Tracy-esque palette of the futurescape city look shiny, vibrant, and impressive. Well, almost impressive, but there's only so much you can do with Dick Tracy-ville. The popping pink hoverboard, future fashions, rather adventurous headwear, and future flying cars all look stunning and better than ever, whilst inky deep blacks sustain the darker sequences better even than in the first, particularly during the "post-apocalyptic-esque" scenes. Those composited moments, whether during the future sequences or during the rather complicated /convoluted final act, do stand out - to lesser and greater degrees - but this is still a tremendous job and, but for a few moments, it's absolutely demo; the set just gets better and better.

Back to the Future Part II 4K Audio

Back to the Future II's 4K Blu-ray, similar to the first, gets a welcome upgrade in the form of Dolby Atmos, with the 3D object-based high definition immersive audio track reworking the soundtrack to provide an engulfing, atmospheric ride.

As before, dialogue comes across clearly and coherently throughout, perhaps a smidge quieter than on the first movie, but only really noticeable on watching them back-to-back and nothing to complain about, similarly prioritising the words over the frontal array whilst effects suck you into the skyways, the hoverboard mayhem, and the '85 hell that they return to, complete with plenty of booming gunfire (a surprising amount). The score is once again well-prioritised, providing the backdrop to a wonderful updating of this classic sequel, and leaving it the best it's ever sounded.
﻿

Back to the Future Part II 4K Extras

Back to the Future Part II's 4K Blu-ray disc follows suit with the first film, leaving the new material for the dedicated Bonus Disc and rather refreshingly porting over all of the old, previously available material onto the 4K disc itself. In terms of older extras it's - again much like the first - pretty damn comprehensive, with another two Commentaries, a few Deleted Scenes, some archival Featurettes, Q&As, Behind the Scenes Featurettes and Trailers.

The dedicated extras disc includes many new extras which offer a retrospective look and span the entire trilogy, including a host of must-see features:
﻿
﻿- Lost Audition Tapes (Ben Stiller, Kyra Sedgwick, Jon Cryer, Billy Zane, Peter DeLuise and C. Thomas Howell)
﻿- The Hollywood Museum Goes Back to the Future Featurette on this exhibition
﻿- Back to the Future: The Musical Featurette
﻿- Q&A
﻿- Original Songs
﻿- Could you survive the movies? Back to the Future laws of physics YouTube episode
﻿- 2015 message from Doc Brown
﻿- Restoring the DeLorean
﻿- Looking Back to the Future multi-part Documentary
﻿- Back to the Future: the Animated Series episodes
﻿- 2015 Commercials (Jaws 19 and Hoverboard)

Back to the Future Part II 4K Verdict

Back to the Future II is a superb follow-up to the all-time classic original, doubling down on the time-travel insanity whilst staying true to the excellent characters, leaving it an unforgettable second chapter in this basically perfect trilogy.

An unforgettable second chapter in this basically perfect trilogy