Tiny in size but living it large with 4K streaming 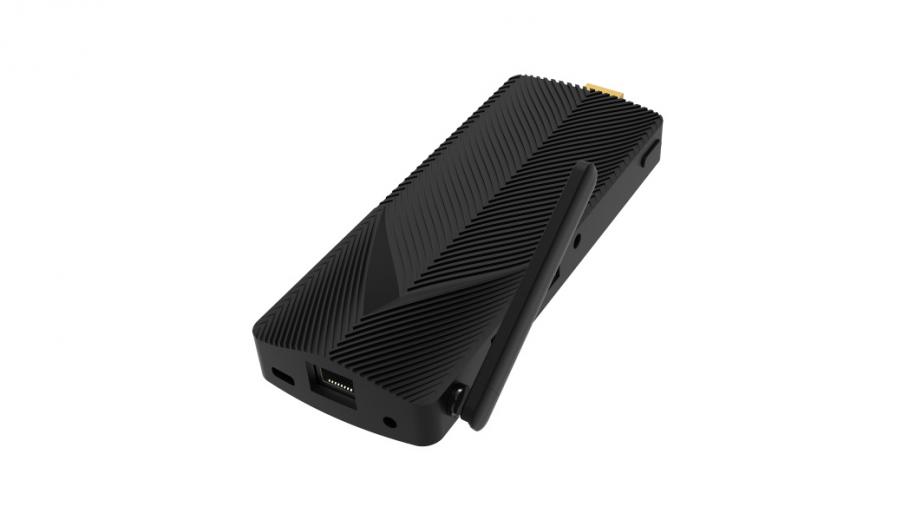 What is the Azulle Access 4 Fanless Mini PC Stick?

A complete Windows 10 PC barely any bigger than Amazon’s Firestick or a sugar-tax reduced sized bar of chocolate? That’s crazy talk! These are now surprisingly commonplace so you can stop the men in white coats coming, for now, with many versions available on Amazon from just £85 to over £200.

The Access 4 Fanless Mini PC Stick from Florida based tech company Azulle is one such option, offering all the functionality of a fully fledged Windows 10 PC in a very, very small form factor. Featuring Windows 10 Pro, an Intel Celeron J4125 processor, 64GB storage, 4GB RAM and expandable storage up to 512GB it could be the perfect alternative to the noisy cumbersome desktop PC whilst being ultra-portable for business or personal use when on the move (lockdowns permitting).

Priced at around £200 (although currently not widely available in the UK) it’s got a lot to prove against the cheaper alternatives, but given the specification and the marketing spiel, we have high hopes. Read on to see how it performs in our tests….

It’s tiny. For those used to big desktops or even the recent range of small boxed sized PCs, the Access 4 is surprisingly small. Measuring just 140mm long, 52mm wide (60mm if you include the wireless antenna) and 19mm thick it really shows how far technology has come that you can fit a whole PC in something of this size.

It’s not likely to be on show as it will be hidden behind a PC or TV, but it won’t look out of place if it is, with an all-black metallic effect to the exterior and the body looks very much like a heatsink (which it is).

Out of the box, we get the power supply, ½ metre long male – female HDMI adaptor cable (labelled as a high speed 2.0 cable with ethernet, of which there is no such thing) and quick guide. The adaptor cable is essential as whilst you could just plug it straight into a free HDMI port, that may not be possible if adjacent ones are in use and as it weighs a reasonable 140g, that’s not really a weight you would want hanging on an HDMI port.

As for the ports, with the PC stick being so small, there simply isn’t room for many. To one side we have the dual band Wi-Fi antenna, a single USB 3.0 port, power connection (barrel type), Micro SD card slot and the power button. To the rear end is the Gigabyte Ethernet port, 3.5mm audio jack and the always present but never used Kensington Lock. Then finally, on the other side, we have a single USB-C port.  You’ll see, like we did, an immediate problem using a PC with just one Type-A USB port.

It's worth noting that Azulle changed the power connection from the usual Micro USB to a barrel type as for devices of this size which may be constantly being plugged in and out, the Micro USB connections don’t tend to last too long.

It arrives with a barebones Windows 10 Pro installation, no preloaded rubbish just taking up space. The 64GB storage capacity equates to 56.7GB of which 35.6GB is free after the Windows installation.

Our first issue when we came to use the Access 4 is that it only has 1 Type-A USB port. Setting it up is quite a challenge when you have to keep swapping the keyboard and mouse to do anything. Either a Bluetooth keyboard and mouse or wireless set working off the single USB port is essential here to prevent the Access 4 being anything other than annoying to use.

For general use, the Access 4 presents no real issues. If you bear in mind that this is not going to be the fastest Windows PC you have ever used and allow for everything to take longer to open and run than you are used to, then you won’t have any problems.  Whilst the CPU is a 4 core , 4 thread reasonably recent Gemini Lake release, coupled with the low 4GB RAM, you can forget about multitasking. It just does not cope with that. Try and run a couple of programs or apps at once and it slows down significantly.

One of the key points of the Access 4 is the 4K 60FPS HD output and here it performed well. Testing with YouTube 4K, 4K downloads and Amazon Prime there were no issues with stuttering or freezing and the quality was as you would expect from 4K. Despite the relatively low specification it had no issues with 4K video.

Thanks to the fanless design, the Access 4 is completely silent. You won’t have to suffer a noisy PC in the living room or even at your desk. But being fanless it does get a little warm. To the touch it is hot but not to any level that would damage anything it is sitting on. Using HW Monitor, it reached a maximum of 80 degrees C with the CPU at 100% usage maxing out at 2695Mhz. At idle, it sits around the 50 degrees C mark.

Our usual suite of benchmark tests is a tad irrelevant with the Access 4 as it will never cope with even the most basic of games (well maybe Minesweeper) but we did put it through a few benchmarks to see how it performed.

As you can see, they aren’t the greatest scores, but then this will never be a desktop PC replacement. It’s ideal for kicking a compatible smart-less TV, monitor or display into the 21st Century. Watching 4K videos, web browsing and basic Windows usage use will give you no issues at all. Plus, via the USB-C port you can connect a second monitor for 4K 60FPS goodness.

The Access 4 offers everything you would need for the casual user to replace a desktop PC if all you are doing is basic tasks, web browsing and video streaming. With the Intel J4125 CPU, 4GB RAM, 64GB storage and dual band Wi-Fi it ticks the boxes to perform these tasks. It's not going to break any records but testing with various 4K video sources, we had no performance issues at all.

The Access 4 excels in turning a non-internet enabled 4K TV, monitor or display into a fully functioning Windows 10 PC, giving you access to all the streaming services you desire. Don’t try and do any multi-tasking or more intensive Windows applications as it will shout at you and run and hide in a corner. For something no bigger than a chocolate bar and which will easily fit in your pocket, if you accept what it can do, you should have no issues.

The Mini PC stick world is beginning to get very crowded. There are options starting well under £100, all with varying specifications. If you are considering a Mini PC stick, do not get one with less than 64GB of storage, there are plenty of 32GB cheap options about but after a few Windows updates you are left with an expensive unusable lump of plastic. As for the Azulle Access 4, it does have its limitations but if you are looking for a silent Windows 10 PC to sit behind a non-internet enabled display and stream 4K video to your heart’s content, then look no further.