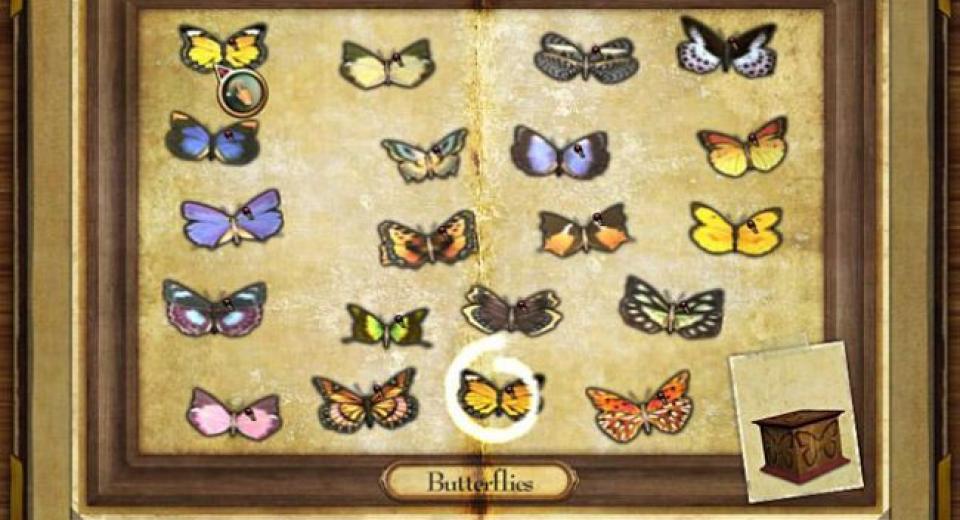 Summer’s here, everyone’s bundling the kids into the back of the car and heading out to enjoy the fortnight of sunshine Britain now offers and portable consoles find themselves dusted off and sitting snugly in hot sticky little hands for the journey.  Complain all you like about the lack of decent titles flowing onto the Nintendo 3DS, but the conveyor belt of questionable quality built a fan-base amongst the casual crowd for the DS, and its 3D enabled younger brother is starting to delve into the same waters.  Diving for pearls or just plumbing the depths?

Well the fact that Azada is a puzzler will score points for anyone still annoyed at the lack of a Leyton on their shiny new portable, but if the name rings a bell that’s because it is an established one, and this is not the original offering you might have craved for.  Developed by Big Fish games, Azada made an appearance on PC and Mac as one of the then forward-thinking and burgeoning wave of games designed for online distribution.

It’s a standard puzzle title for the easy going crowd, simple to pick-up-and-play but the observational antics of hidden objects in a locked room and bizarre item combinations will possibly pique the interest of the old-school graphic adventure point-and-click brigade.  Story-wise, the developers have employed the bare-bones approach of episodic end of chapter text interludes, nothing flashy.

You have been called to a location, whereby you are locked in a room, your only company the book-laden walls, an incomplete portrait and a magical tome.  The latter houses the spirit of a trapped man, Titus, whose curiosity saw his undoing.  It is your job to solve the puzzles offered up in the mystical book, complete the missing pages before the timer runs out, and set both Titus and yourself free. I could say you don’t need a great narrative to drive a puzzle game, but that would be glib, the truth is you do if you want to truly tax the player.  The necessity of getting your hooks into the player, pulling them back time-and-again despite their mounting frustration at being stumped is only really accomplished by a decent yarn or – and this one is far trickier to pull off - puzzle perfection; sadly Azada has neither quality.

What it does have in abundance is familiarity.  Reading instructions is not in the realm of the casual gamer (or any man doing DIY for that matter), so Azada has been designed to follow the compendium approach, pinching a few well worn staples of the brain-bending genre and when no one’s looking taking the rest as well.

There’s no shame in that though, puzzles are built on the relationship between the setter and the solver being one of repeat business; the Telegraph crossword isn’t any worse for being umpteen thousand editions old.  No, you enter into a game like Azada fully in the knowledge that at its core will be the type of conundrums that should require the barest thought to get into but all your faculties to drive through to completion.

And that’s where Azada starts to stumble.  The term “casual” may be applicable, but basic engagement of your grey cells should be the minimum requirement.  There are certain puzzles that are little more than button presses – no looming penalty, no challenge to find a strict order, just a simple task that you could train a rodent to perform if you had the inclination and a ready supply of cheese.  The greatest offender is a wall of coloured blocks, which challenges (I use the term loosely) you to connect three of each.  Doing so will clear the tile underneath, further blocks will fall down into place, and when the entire wall’s tiles are checked off you proceed.

Sounds Tetrisy doesn’t it?  Well it would be, were it not for the fact that you have a shuffle button that changes the coloured blocks to a new random arrangement.  Clear a few, hit shuffle, clear a few, continue until you have one last pesky tile to hit and you’re just hitting shuffle repeatedly.  It belies the lack of genuine craft in the puzzle, that there is no intricate order to it all, no magician behind the curtain, just a shuffle button and some music playing. Thankfully, this being a compendium of sorts, the blandness of the filler material is punctuated by some good old-fashioned locked room point-and-click head scratching.  This is the kind of territory many of a certain persuasion (myself included) hoped the invention of the touch-screen portable would eventually take us into; only those keen to attempt absurdist item combinations and with painstaking observational skills need apply.

It’s clear that this is the core of the game, with the developers not having enough material to flesh it out the filler of solitaire and match-the-cards was thrown into the mix.  This works as a form of light relief, however all but the most dawdling gamer will plough through them to get to the proper stumpers.

And they are stumpers, but not quite for the right reasons.  I’m sure anyone reading this will be at home with the idea - a room, no explanations, some items to find and then put together for increasingly obscure purposes.  The blueprint for simple but effective puzzles like this endures, but it relies on two things, logic and clarity, and this game lacks one of these qualities, but it isn’t the one you might expect.

For all Azada’s reliance on the mystical to join the pieces of its mish-mash of puzzles and narrative together, even in the most arcane of locations, dripping with woo-woo, there will be mechanisms that follow set principles.  Magic or cogs, a lever pulled works.

It is instead the necessity for clarity where the hurdles set before your intended display of mental gymnastics trip you up.  The 3DS’ presentation is generally single screened for Azada, the bottom used solely as a mouse pad of sorts for your stylus to move about, its location shown in the room on the top screen.  The control scheme works, the 3D effect isn’t too bad, but the resolution of the graphics means identifying objects becomes less a task of seeing what could be useful and more a chore. Zoom in on the blotchy scene and it’s a case of tracing the stylus everywhere until you see the telltale glow that indicates you’ve hit paydirt.  Once you’ve amassed all the tools to get out of the room, the next step in your progression towards the exit is deeming which should be combined.  Easy enough?  Well it would be, were the items easily discernible, but some bear little likeness to their real world counterparts.

These are the type of teething issues all hidden object games have, and you might say they add to the charm, but in this case the time limit, and penalty for combining the wrong things, makes it more disconcerting than entertaining.  There is no scale you see, so if you spy something that you think could be prised with the crowbar you’ve just picked up, don’t be surprised to discover that your trusty tool is in fact a gum wrapper bent at a funny angle.

Being hampered and doing things wrong should break the game, but it doesn’t because the intended market have clearly been deemed incapable of playing to a harsh limit, thus they’ve been afforded such a wide margin as to make all but the final chapter devoid of tension.  Perhaps that's a stumbling block, or maybe that's just how those intending to pick this up want it to be, more care-free and gently nudging than a fingernail-biting race-against-the-clock.  With a meagre amount of puzzles on offer, you'll want to take your time.

Puzzle games have moved on, and Azada represents a casual, cut-priced bit of fluff to throw the kids’ way on a long car journey.  It fails to tax, coddling all but the least versed in mental conundrums until you hit the core of the title - the locked rooms.  It’s hard to truly dislike it as it never reaches a level where genuine emotions feel necessary; the filler is abundant and raced past, whilst the tougher challenges frustrate largely due to a lack of clarity.  Yet it still offers a few "Eureka" moments which are the bedrock of the genre and the pull for all its devoted fans.

At the right price, and with little else to play, this is an easily accessible and sometimes enjoyable pass-the-time title, but it fits the budget PC/Mac/tablet download market, and the larger screen size far more than the 3DS.