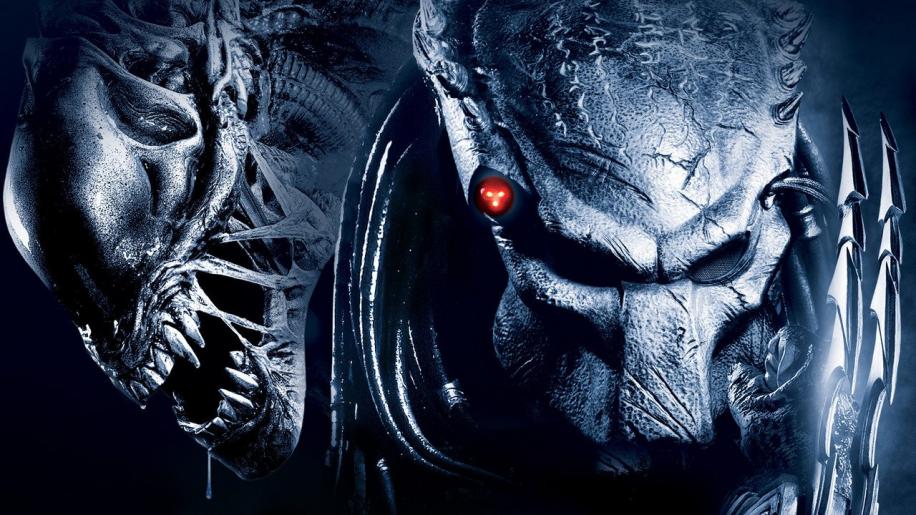 The brothers Strause, Colin and Greg, have extensive effects experience in the movie industry going way back to Cocoon right up to X-Men, MI:III and Rise of the Silver Surfer. Coupled with John Davis who was producer on all previous incarnations of Predator films there's a lot of mileage here to produce a film which fits well into that universe. Alien(s) and Predator introduced the viewing public to the two best Sci-Fi/Horror ventures of the past 30 years, iconic creations with Alien and the fast action of Predator, not to mention the 150 mph Aliens.

Originally amalgamated in comic book form in 1989 the film franchise took those initial concepts of Aliens being bred and used as sport for the hunting Predators and migrated the action to Antarctica. Unfortunately what works in comics doesn't always transfer well onto the big screen, Dredd anyone, and the first AVP showed this. How does Alien Vs Predator: Requiem fare though?

Set immediately after the first film we see the dead Predator giving birth to a new Alien breed, the PredAlien, a slimly little chest buster with the same Predator like mandibles. Before too long it's fully-grown; mayhem ensues and a disastrous attempt at shooting it depressurises the ship and it crash lands back on Earth. Alas the Predator ship is carrying a number of face huggers and once crashed these start to roam about the forest beside a small mid western American town.

To add more grief to the tale the new PredAlien breed has Queen characteristics and hunts out women to lay eggs within her victim. Before long the town is overrun by these new warriors, help is at hand though in so far another Predator from the home world has been dispatched to clear up the traces of the crashed Predator ship and it's hungry occupants. The hunt is back on.

All Alien and Predator movies before this one, including the ill fated first AVP dealt with adult characters and tried in some small way to extend their own respective universes. An all-consuming alien from the very first film was excellently developed into the hive for James Cameron's widely acknowledged superior sequel Aliens. Alien 3 took a step back but still developed the character of Ripley and the beast itself. I personally thought Alien Resurrection was a fair enough attempt at revitalising the franchise before the sweet cuddly Alien came along. Predator was bold, fast paced and bloody, it's own sequel imaginatively titled Predator 2 took the hunt to the streets of L.A. and more fodder for the plasma gun. All were acceptable in their own right. AVP fell by the wayside though, it lacked depth and any decent characters so AVP:R was welcomed, especially after the trailers. The reality though is AVP:R could be the film which kills this franchise off, and if it does then so be it.

There's nothing at all in here of any merit. The Brothers Grimm, sorry Strause, maybe fan boys (and the commentary certainly shows they know their Alien and Predator history) and they may know how to add flare to the visual effects but they really don't know how to craft a film in itself. The characters are one dimensional with no reason for their actions. They can't even come up with unique names for them nor unique scenes in which the action takes place. As the characters have no flesh on their bones then you don't relate to any of them and by extension you just don't care if they get offed with teeth or plasma. Scenes are stolen in their entirety from earlier versions of this franchise. Now that you might say is a good homage to the earlier films and you would be right if it were one or two but a whole hive, forget it; Dallas, the mother with her daughter taking on the leading butch role, the marines coming in and made mince meat of, hung bodies from trees, the PredAlien inspecting a potential victim up close. We've seen it all before and we've seen it done much better.

The storyline doesn't add anything to the mix either. Weak characters could have been accepted if the plot itself wasn't glaringly full of holes. Initially it starts off okish, the new Predator coming down to eradicate the evidence of a crashed ship and the face huggers. He disposes of all the carnage with an acid of some description. All well and good, leave no traces. But no sooner has this been done, he's leaving skinned bodies up in trees for others to find and ultimately creating so much devastation in the local town that the only way evidence can be removed completely is to nuke the place. Another thing got me about this intelligent Predator too, why if he's there on a clean up operation does he decide to off a couple of the local inhabitants? Why does he rip his two highly accurate multi function auto aiming weapons off his shoulders and fuse them into one Colt 45 hand held variant; like the rest of the film it makes no sense whatsoever.

I always look forward to a new Alien film; I'm a big lover of Giger's art for a start and his initial designs have filtered down the franchise quite well. As such even after the first AVP I looked forward to this hoping in some small way that it could be jump started. After seeing it though I despair because I can't now see anyway forward for this iconic pairing. Leave it alone guys let them go their separate ways.

Game over man, game over.