Everything has built up to this 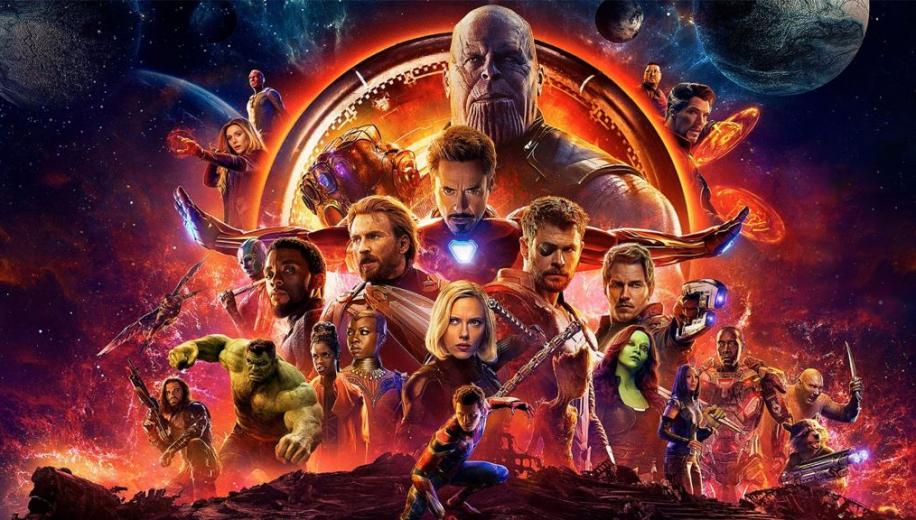 You have my respect Stark. When I'm done, half of humanity will still be alive. I hope they remember you.

Ten years in the making and after an 18 film build-up, we arrive at Infinity War the culmination of Phase 3 of the Marvel Cinematic Universe, and boy it does not disappoint. Starting directly from the post-credit sequence of Thor: Ragnarok, Thanos, after already gaining one Infinity Stone, is aboard Thor’s refugee ship trying to claim the second from Loki. After defeating everyone, including Hulk, he succeeds in his ambitions, in an emotionally charged scene that emulates what is to come: characters' emotional turmoil at their prospects as Thanos wades through everyone on his singular mission.

Directing duties were given to Anthony and Joe Russo, and they are to be commended for bringing together so many characters, several story threads, being witty, entertaining and balancing action and emotion in a way that builds tension, never feels bloated or over-drawn, and is quite punishing to watch; not due to the action content, but do to the emotional weight of the story line(s). Everyone, including the main villain of the piece, has an emotional backstory that comes, in some way, to bear; so that at the end of the film, and the stand-off between Vision, Scarlet Witch and Thanos, you are emotionally drained. It is a masterwork of storytelling to keep building on the themes to this one point – it is simply stunning.

Once the credits roll (the post-credit scene giving some hope) you are exhausted and left wondering where to go from here. Time and again Marvel has proven they have what it takes to keep on getting better, but it seems insurmountable from this point! But I can’t wait to see where they go. Detail is phenomenal, everything is clean, clear and precise – skin texture (close up of Stark’s face in the Iron Man suit), clothing weaves (‘super’ suits or otherwise) close up details (grime on the old phone), distance shots (overlooking New York, or the desolation of Titan): everything has a keen edge and is pristine.

As always the detail is less than half the story, the addition of WCG and HDR give the image significant pop; with colours available that the Blu-ray can’t cope with – starting the furnace on Nidavellir, or any of the nebular shots in Space) the depth of colour in any of the Infinity stones beams out of the screen, the skin colour of Gamora and Thanos, see how it grades. With a black level that pushes the frame way back, and a white level that pushes the image forward there is significant 3D pop, especially in daylight scenes (Wakanda battle for example). Explosions, weapon fire (especially Iron Man’s beams), magical enchantments are so rich in colour. While staples such as skin tones are very natural.

Digitally there are no issues and the source is immaculate.

The usual Disney volume adjustment has to be applied to the Dolby Atmos track, but once done you find a quite dynamic effects driven mix. Bass on this track is well represented, there are numerous low rumbles that set herald the arrival of something nasty and set the furniture throbbing, as well as plenty of LF effects to fill out the action on screen. It’s not as heavy and low as reference, but it is certainly the best represented of the three Avengers 4K discs.

The surrounds and over-heads are employed throughout to place effects in every direction, the battle sequences benefit immensely from this with punches, kicks, weapon fire, rockets, magical enchantments, screams and shouts coming from all directions in 3D space. The score is well layered into the mix, while dialogue is clear and precise and given the directionality it needs. The layering is well realised giving the distinct impression of depth to the surround stage, and the increase in volume helps to add punch and dynamics to the track. No extras on the UHD disc, itself; all are found on the included Blu-ray.

Audio Commentary – With directors Joe and Anthony Russo, and writers Christopher Markus and Stephen McFeely, who give a quality chat that explores all aspects of the film making process as well as effects and balancing the emotional narrative with the action and the various story threads and their conclusions.
Intro - Directors Joe and Anthony Russo, erm, introduce the film with a few thoughts about it.
Strange Alchemy – 5 minute feature that looks at the effort needed to being together so many Marvel characters.
The Mad Titan – 6 minutes examining the villain of the film; his motivations, perception and performance.
Beyond the Battle: Titan – Slightly more substantial at 9 minutes, this feature, after again talking about the Marvel character’s being together examins in closer detail the standoff on Titan, looking at style, stunts, effects, performances, filming and CG.
Beyond the Battle: Wakanda – More of the same, in 10 minutes, this time centring on Wakanda.
Deleted Scenes – 4 scenes, running at 10 minutes, and titled: Happy Knows Best, Hunt for the Mind Stone, The Guardians Get Their Groove Back and A Father's Choice.
Gag Reel - 2 minutes of larking around. Everything in the MCU has built up to this: Infinity War – and it does not disappoint. Bringing together just about every character in the ‘Universe’ in one all-out battle for the Universe, there are layers of emotion and complexity within the narrative that elevate the film beyond mere ‘comic-book movie’. Thanos is a complicated villain, standing against him are complicated heroes, this makes for an emotional roller-coaster of a film that begs the question – where to go from here? Same was said of The Avengers in 2012, and that has well and truly been bested. Infinity War. Simply stunning.

The 4K UHD from Disney is pretty good; the picture may be a 2K up-scale, but you’d never know; detail is sublime and with WCG and HDR the image is nigh on perfect with incredible colours, pitch blacks and beautiful whites. The sound suffers from the usual Disney volume adjustment, but one done is an effects driven extravaganza with plenty to keep the surround and over-heads busy, and with a good strong bass presence. The extras are, however, a little light, with the commentary being the highlight.