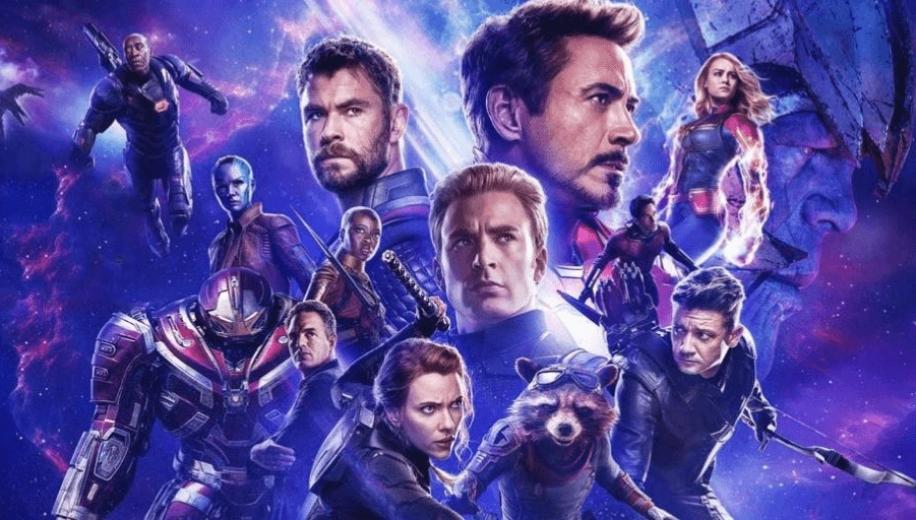 Far from perfect, Endgame is still a landmark event in cinematic history; an absolutely unmissable culmination of 22 films of world building.

The 22nd film in the Marvel Cinematic Universe, there was a lot riding on this. Not only did it have to deal with such an unprecedented cinematic build-up - this really is a game-changing collection of movies which will likely, as a whole, never be topped - but it also had to make good on the devastating events of Infinity War, although do so without undermining the damage done.

After the Russo Brothers, who made their name with The Winter Soldier - still arguably the best of all 22 films - and cemented their more impactful entries with Civil War, unleashed Infinity War upon us, and once Thanos clicked his fingers, nothing was ever the same, and Endgame does as good a job as anybody could possibly hope for in formulating a conclusion founded upon those cataclysmic events.


No matter what gripes fans might have with this final chapter, The Russos have done a marvellous job rounding out the 22 films with an epic, emotional, fitting and fist-pumping conclusion

Indeed, no matter what understandable gripes fans might have with this final chapter - its comic treatment and sidelining of Thor and Hulk being arguably the hardest criticisms to get past - The Russos have done a marvellous job rounding out the 22 films with an epic, emotional, fitting and fist-pumping conclusion like this.

For the holy trinity of Robert Downey Jr.'s Iron Man, Chris Evans' Captain America and Scarlett Johansson's Black Widow - as well as Josh Brolin's genre-defying antagonist, Thanos - this is the ultimate salute; a powerfully emotional journey, which manages to take us all the way back through the complex mythology of the MCU and juggle literally dozens of characters from across all of the films to give us an epic end run. So even if it can't quite live up to the monumental game-changing events of its first part, nor escape its mistreatment of many of the beloved characters beyond its holy trinity, it remains as fitting a conclusion as anybody could rightly hope for to what will likely go down in film history as a three-phase 22-film run climax that can simply never be bested.

Avengers: Endgame comes to UK Ultra HD Blu-ray a few weeks after its likely identical US release, with a largely impressive 4K presentation that transcends the ostensible restrictions of its 2K Digital Intermediate thanks to fine implementation of HDR.


It may not quite be reference perfection, but it'll likely still be used as demo material nonetheless, and justifiably so

After recently, finally, releasing the Iron Man Trilogy and Captain America Trilogy in 4K, Marvel/Disney have clearly shown a pattern with respect to the conformity of their visual aesthetic - wanting the entire MCU to look a certain way, and taking some controversial steps with DNR to ensure that certainly the film-based earlier entries marry up with the latter digitally shot features. Whether it's a newfound sensitivity to this tactic (although, the implementation on the first two Iron Man films, whilst arguably utterly unnecessarily, was also exemplary) or just cynicism against the Studio, it is hard not to shake the feeling that similar measures have been employed on Endgame, in spite of its already digital shoot, cleaning up what should have already been immaculate video, and maybe even using a smidge of sharpening to obliterate any possible signs of softness around the edges.

Nonetheless, in motion, the end results are suitably impressive, revealing a staggering amount of finer detailing, textures on weathered faces and battle-worn outfits. The damage that the heroes take; that Thanos absorbs; the apocalyptic landscapes - every fine flourish and nuance is revelled in here, with the 4K yielding an evident uptick in such detail irrespective of what digital tinkering brought us to this place.

Of course, as is simply par for the course now - but still a welcome element nonetheless - it's the implementation of WCG and, in particular, HDR, that really put this release head and shoulders above its SDR 1080p Blu-ray counterpart. Whether in the stunning blue-green lit opening space sequence, or in just about every shot of Captain Marvel's energy-ball halo; in the repulsor blasts from Iron Man or electric charge of Thor; Scarlett Witch's red magic energy or the unwieldy power of the Infinity Stones, HDR usage is precise and arguably even perfect, knowing just what tones and highlights to bring to life and allow to pop with intensity on your screen. Black levels have added depth, and peak whites range higher, with detail remaining stunning at either end. It may not quite be reference perfection, but it'll likely still be used as demo material nonetheless, and justifiably so.

Avengers: Endgame also comes primed with a Dolby Atmos track, technically affording the grandstanding 3-phase MCU climax a powerful 3D object-based High Definition immersive audio accompaniment, although the rumours would have you believe that this is just a fixed 7.1.2 design which doesn't actually have any specific object-based catering. This, coupled with the hit-and-miss mastering of tracks at lower levels (which, to be fair, has not be evident on the more recent 4K releases) may well give fans cause for concern but, in reality, this is a largely excellent audio track which has plenty of dynamic surround usage and more than its fair share of LFE weight.

Dialogue, whilst not perfectly balanced in with the rest of the elements, is afforded clarity and precise dissemination throughout, and effects are myriad, tailored for every character's powers and specific weapons, and giving them their commensurate signatures as a result. From the early revenge-fuelled confrontation, to the Quantum Realm travels, there's plenty here to suck you in and immerse you in the epic proceedings. LFE is evident almost throughout, coming into its own during the bigger setpieces and leaving moments like "rain fire" as likely to utterly decimate your living room. It's certainly a fitting aural accompaniment for this landmark blockbuster.

Spilling out into a three disc set, whilst the 4K UHD Blu-ray disc itself contains no specific extras, this is at least somewhat understandable given the epic runtime of the movie, and both the accompanying Blu-ray release of the film and the dedicated extras Blu-ray disc provide a strong salvo of additional material.


A strong salvo of additional material

Headlined by an Introduction from the Russos as well as an Audio Commentary with not only them but also the writers, the package dips into many aspects of the production through its myriad Featurettes, focussing on the arcs of the key quartet of Iron Man, Captain America, Thor and Black Widow; also affording a tribute to Stan Lee, a nod to the women of the franchise, and further reflection on the work of the Russos, and rounding the set out with some Deleted Scenes (Take a Knee being the highlight) and a warm Gag Reel.

As Marvel finally gets around to releasing some of its earlier entries in 4K, we get one of the latest productions, and they appear to have largely perfected their style and delivery of both video and audio - for good or bad - in an effort to provide conformity across this franchise. Avengers: Endgame thus comes with suitably impressive video and audio, niggles notwithstanding, and a suitable set of extras to reflect on the climactic end run (even if a grand feature-length Marvel doc is undoubtedly being held back for the 22-film box set). For fans, the film is absolutely must-have; no matter what Marvel come up with going forward, even Infinity Stones couldn't best these first three Phases and this epic conclusion to them.