The climax of Phase 1 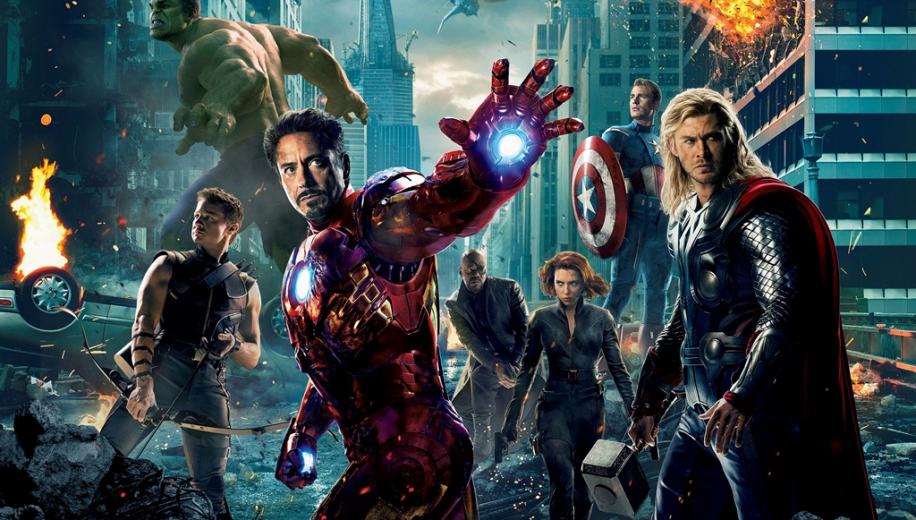 Stark, we need a plan of attack.
I have a plan: attack!

After five films of building characters and stories, all for one sole purpose, the Marvel Cinematic Universe was ready to unleash the first Avengers film, which combined six super heroes, each distinct in their own right, into one almighty fighting force. In narrative terms the film is quite straightforward: characters that neither know nor trust each other, learn to work together to overcome extraordinary odds. And where Marvel’s skill came in was to build towards this assembled cast with over lapping story-lines and also by bringing Joss Whedon into helm the piece.

With enough in the script for each character to shine, with enough tension building to show decent character traits, with enough comedy and witty dialogue to keep an audience engaged and with enough action to fully satisfy a comic book film – the result was a triumph! Indeed it was touted at the time of release that how could Marvel top such a chart topping, heart winning movie? Time has shown us that not only was it possible, but time and time again have they emulated their success. There is something truly special about the first Avengers film, though; the coming together, the optimism and the sheer joy of the piece make it a winner. Subsequent movies are just as successful but move towards a darker path and thus lack that ‘joy’ so prevalent here. Avengers was shot digitally using a combination of Arri Alexa 65 and Arriflex 435 cameras with a resolution of 2.8K and finished as a 2K DI, which has presumably been used here for this Ultra HD Blu-ray release. The disc presents an up-scaled 3840 x 2160p resolution image in the widescreen 1.85:1 aspect ratio, and uses 10-bit video depth, a Wider Colour Gamut (WCG), High Dynamic Range, and is encoded using the HEVC (H.265) codec for HDR10. We reviewed the Region free UK Ultra HD Blu-ray release of Avengers Assemble on a Panasonic 65DX902B Ultra HD 4K TV with a Panasonic DMP-UB400 Ultra HD Blu-ray player.


2K DI in numbers only


The 2K DI doesn’t hold back this image from being something spectacular. Detail is improved over the Blu-ray, not just in close ups (skin texture, especially clothing weaves in the various ‘super’ costumes) but in distance shots, cityscapes for example. Check out the computer terminals in the SHEILD headquarters, or the building facades (brickwork, ornate carvings, windows etc.) and especially Stark’s Iron Man helmet interface. Whilst there is an up-turn in detail, what really differentiates the 4K image from the 1080 is the WCG and HDR; both combine to bring about far better saturation to the colours, check out how red Iron Man’s armour is, or how green Hulk is, or how blue the tesseract is. There are colour fades that are simply not available to the Blu-ray; the heat coming from explosions, for example. Flesh tones appear more natural as well. Blacks are incredible in their depth and shadow definition, but take a look at the white end: that is even better defined, bringing out highlights and features that are simply clipped in the 1080 image.

Digitally there are no issue to contend with and the source is pristine.

Also note: The UHD disc is the 'uncensored' version, in that it contains the full stabbing of Agent Phil Coulson In what seems to be a common failing in terms of Disney’s surround tracks, whilst the mix itself is pretty good, the level is far too low, necessitating a volume increase to bring about anything reflecting an action score. I had to significantly boost mine, far beyond my normal ‘reference’ level.

Once in the medley of action sequences, there is plenty to keep the speakers firing on all cylinders: explosions, punches, kicks, missiles, jets – all are positioned well all around the room. The overheads pick up on this action too providing a decent sense of engagement. Bass, for the most part, fills out the lower end well, adding impact to many of the action scenes, though this too is somewhat low in the mix and the volume increase does little to improve things; but when it is thumping, the sub has plenty to do – the climactic standoff for example. The score is layered well into the mix, adding another dimension, while the dialogue is clear and precise and manages to remain focused and prioritised so is never lost in the mayhem. Sheer weight of volume brings out sonic improvements in the track, ambient noises bring about good immersion for example, but it is baffling as to why Disney insist on these mad mixes. Nothing on the UHD, all extras are on the included Blu-ray

Marvel One-Shot: Item 47 – Eleven minute short on a couple of thieves coming across an alien weapon.
Gag Reel – Four minutes of goofing off.
Deleted and Extended Scenes – Eight scenes running at 15 minutes.
A Visual Journey – Cast and crew discuss the effects of the film. The Avengers is the first of the team up movies, bringing to a climax Phase 1 of the MCU – and what a climax it is. A witty screenplay, paying service to what had come before, yet giving each character a time to shine, being comedic, entertaining and thoroughly enjoyable, Avengers Assemble (as we have it in the UK) is all this and more. A super hero movie to end all super hero movies turns out to be just a small cog in an ever increasing engine!

The 4K UHD from Disney is a frustrating package; the picture, albeit a 2K DI, is tremendous, being highly detailed, well coloured with terrific blacks and amazing whites, easily besting the Blu-ray. But the Dolby Atmos track, whilst being immersive in its effects placement, is mixed far too low necessitating a significant volume increase to get anything like an action track. The extras are the same as as have been previously available.