Sows the seeds of doubt 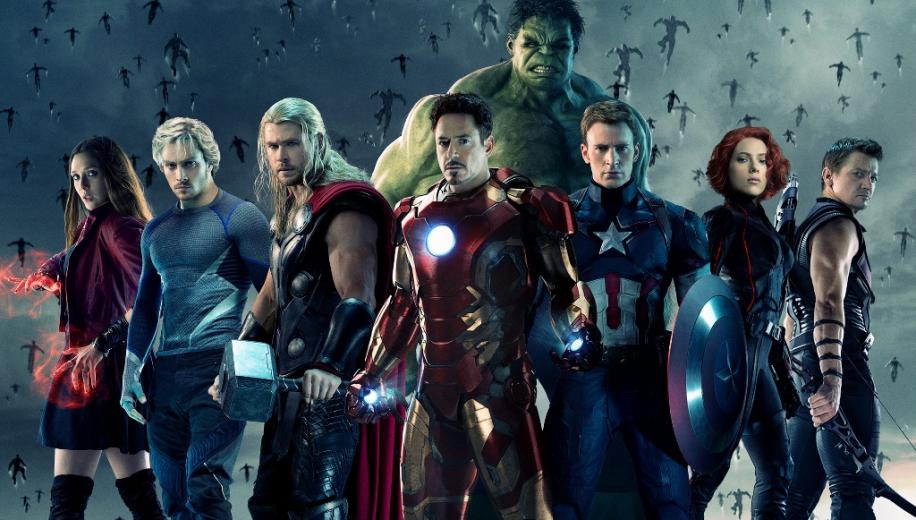 I know you're good people. I know you mean well. But you just didn't think it through. There is only one path to peace... your extinction

A further four films after The Avengers and a lot had happened; the game changing Winter Soldier had sent the MCU down a darker path and the second Avengers film, and subsequent films in the series, continued that trend. If The Avengers was about building the team up and learning to fight together; Age of Ultron was sowing the seeds of discontent, essentially breaking the team apart, ready for Phase three of the Universe and Civil War.

Joss Whedon once again helmed this outing, bringing with him his trademark wit, snappy dialogue and characterisations. The set pieces are astonishing, the opening battle, the Hulk Buster, and the climactic stand off all vying for top spot in the action stakes, though the emotional core of the piece pushes the climax towards the front, the fan favourite is the Hulk Buster. We see consequence of actions (something capitalised on in Civil War) and actual death (something very scarce in this series). While the heroes display very human traits, it is the all-powerful Ultron that brings the Avengers back to save the day.

Whilst missing the ‘joy’ factor, so prevalent in The Avengers, the complex narrative of Ultron never feels bloated or outweighed; each hero gets enough time in the light to give character, and themes of life, death, loss and acceptance are examined in the process. Whedon is to be commended in managing to keep such weighty concepts examinable in what is a comic book movie, and the balancing act of action verses concept is evenly matched leading to a very satisfying conclusion. 
Another 2K up-scale that rivals a native 4K title

Detail has a noticeable up turn compared to the Blu-ray, skin texture, clothing weaves, armour, brickwork, sand, dust, leaves, bark, computer terminals – all show improvements in clarity and sharpness. Indeed the opening battle sequence showcases some terrific edges, from the tanks, to the trees, to the base, to the debris from explosions – clean and crisp throughout. While the detail is an improvement, the real benefits come from the WGC and the HDR. Colours are just so much richer and grade far better, the red and gold of Iron Man’s suit (and Vision, or Ultron, for that matter) for example; the added depth is really shown between Ultron’s blue/white and JARVIS’ orange when they first communicate – there is just so much more to the intensity and colour grade compared to the 1080 image. The same can be said for Scarlet Witch’s red powers.

Blacks are improved, adding depth and punch to the image, while holding a decent amount in the shadows when required, but as is becoming the norm, the white end of the scale really accentuates the image; highlights, glare and sunlight are so intense and to be scorching in places; it pushed the image out of the screen.

Digitally there was the slightest banding but otherwise a clean bill of health, while the source is as clean as can be. The English Dolby Atmos track suffers from the same lack of volume intensity that seems to typify Disney releases of late; this can be largely compensated for by adjusting the volume level to much higher levels that one would normally expect. But in the case of Ultron it appears as if there is some muddying or lack of dynamics within the mix, particularly at the lower end, that no amount of volume adjustment can compensate for. Taking the first battle scene as an example, weapon fire zips around the room, explosions and their associated debris fall, is scattered around and above, while the ‘flying’ heroes zip overhead; listen out for the clang of Captain’s shield, or the whipping of arrows, while the score rouses well layered into the mix.

All is directionally steered extremely well, but it can occasionally sound ‘thick’, and maddeningly the bass can be a bit light. Compare to the Hulk-Buster fight, where there is decent layering in the mix and basal impacts are terrific. At least dialogue is clear and precise, given directionality, and sounds very natural. The score is well layered as well. Bass, as hinted it, can be a bit hit and miss, many impacts are felt hard, but inexplicably it sometimes is reduced so low in the mix it becomes lost. So very frustrating. Increasing the volume does help, but doesn’t clear up what appears to be a slightly lacking effects track. Nothing on the UHD disc, all extras are found on the included Blu-ray

Audio Commentary - With director Joss Whedon, who gives a candid, witty, anecdotal but technical chat track that goes all over the place, but is always entertaining.
From the Inside Out - Making of Avengers: Age of Ultron – 20 minute making of feature; usual interviews with cast and crew, interspersed with film clips.
The Infinite Six - 7 minutes concentrating on the Infinity stones and the race towards Infinity War.
Global Adventure – Just 3 minutes looking at the various locations used.
Deleted and Extended Scenes – 12 minutes of removed material, playable with or without commentary from Whedon.
Gag Reel – Customary larking around. The second Avengers film, again helmed by Whedon, sows the seeds of doubt that the MCU is heading down, while keeping the action high, the characters strong, having a worthy opponent and allowing the wit of the script to shine through. The seeds of dissent, leading towards the break-up fly in the face of the ‘joyful coming together’ of the previous film, but within the ‘Universe’ make perfect sense in narrative terms.

As a 4K UHD set, the package from Disney is frustrating: the picture, even for a 2K up-scale, is stunning: bright, bold colours, deep blacks and fantastic whites with excellent detail. But let down by a Dolby Atmos sound mix that is set too low and sounds occasionally ‘thick’, so that even volume adjustments can’t compensate. The extras package is the same that has been available before: light and fluffy but the commentary is worth it.