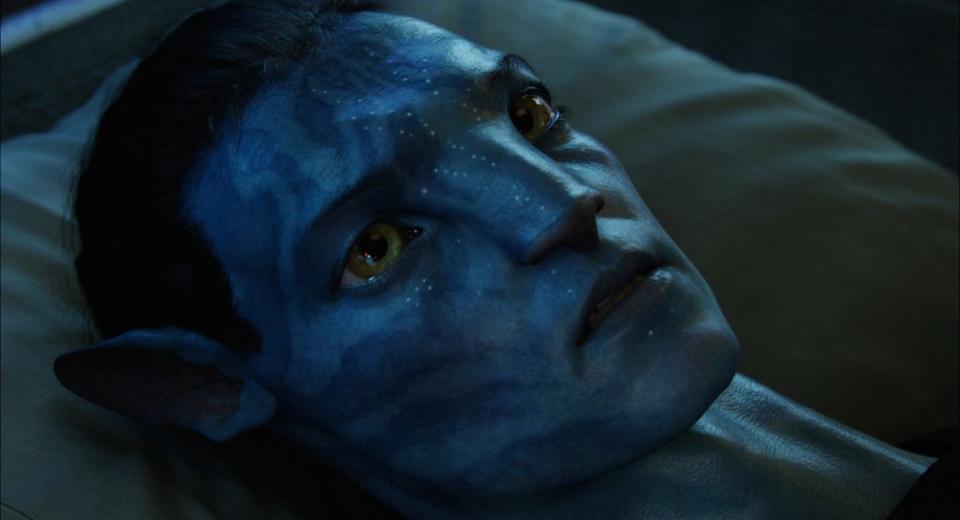 Currently the only way to own Avatar 3D Blu-ray is to buy the Panasonic Bundle. This review copy was kindly donated by Steve Lucas (museumsteve) to which we give our eternal gratitude.

I can’t believe anyone doesn’t know about Avatar. The top grossing film of all time, award winner and technical pioneer, Avatar has become as much as part of popular culture now as Star Wars did back in 1977. This review is even the fifth time we have looked at the film here at AVForums, and, as such I don’t propose to spend a huge amount of time discussing the film itself as, surely, everyone must know about it by now?

Instead let’s try to look at why Avatar manages to push so many of the right buttons. Cameron is a very efficient director; he knows how to manipulate a scene to get the most out of it by using every visual and audio trick there is. There are very definite lines between who we are supposed to root for and those that are the enemy – good and bad are black and white, there is no grey. It is almost childlike in its simplicity. This is right across the board, even in the design and mannerisms of the characters. Look at the Na’vi, Neytiri in particular. Look at her face, those huge wide eyes – we as humans are inherently drawn to those eyes, they are the very image of beauty, all babies have such large eyes, it’s what makes them so adorable to us. Now look at her nose and ears, they are the same shape as those of a kitten or a puppy, which, like a babies' eyes we, as humans, instantly fall in love with. Now the rest of her head is human shaped, and she has a very human mouth. So the overall effect is one of an adorable, instantly accessible face and one that we instinctively see as kind and loving. It’s a simple trick, but it works effortlessly. Now the Na’vi’s philosophy; they are portrayed at one with nature, a caring, simple society that takes nothing from the land that they are not willing to give back – they are nature, able to communicate with the animals, nurture and care of their environment, everything that we in the human race strive for, to be one with the world around us. Again, this is a simple trick, and it works just as well. These are good creatures, everything about them screams ‘at peace’ and we instinctively side with them. We don’t need the protracted montage of Jake working to become part of the tribe, because we are, in our minds, already part of it ourselves. So when they are threatened, we are threatened, we feel their plight, their sorrow and pain. When Hometree is attacked Cameron draws out the action, shooting from the Na’vi perspective all the time, they weep and suffer and we weep and suffer right along with them.

But what of the flip side? There is no mistaking the bad guys either. The Humans are portrayed totally unsympathetically with no attempt to justify their actions at all, just cold and heartless. We have Colonel Miles Quaritch, a marine who keeps his battle scars as proof of his evil doing. A single-mindedness to exterminate any native not complying with the human way of things. A shoot first and never ask any questions grunt, who sees it as a personal slight when one of his recruits sides against the political stance of the corporation. Now, take a look at the army, itself, especially in the “strike hard, strike now before they amass more” speech before the final battle – that front row has, what has been perceived as ignorance and backwards thinking in the press (and in the movies) for seventy years – Hillbillies! If ever there was a trick to undermine, or lower our estimations of ourselves then this one shot achieves it. But it is not just the army that are made out as the bad guys. There is the faceless corporation who wants nothing short of wiping the face off the planet just to get to their precious mineral. There is no consideration given for the indigenous population, this is pure greed at the expense of life, look at the scene where Jake stands in front of one of the giant bulldozers – Parker Selfridge’s line of “keep going, he’ll move out of the way, it’s time these natives come to respect what we’re doing - we don't stop” sums up the thinking behind their philosophy. Again, simple tricks to force the belief of the audience into hating this side of the film. A neat trick and also a bit of a gamble, wanting everyone to side against our own race. But, again, Cameron lingers on these shots, forcing this hatred at us – look, again, at the attack on Hometree, Quaritch aloof in his machine, nonchalantly drinking his coffee whilst ordering the destruction – he is cold and calculating, someone not to be trusted, an animal that should be treated with no respect. These are tangible emotions fed to us via a master tactician manipulating the medium of film and taking us wherever we want to go. The story may be a re-hash of Dances with Wolves, or Pocahontas, but it is told with such gusto that, even though we know it is unoriginal, it still remains riveting.

And I do have to mention James Horner's magnificent score, whose sweeping melodies and action packed themes are an integral part of the emotions felt by the audience - another trick employed by Cameron - in what is a perfect meld of picture and sound. Avatar wouldn't be Avatar without this score, it lifts us, it saddens us, it is as much a part of the overall expirience as the 3D.

My biggest beef with the whole thing? The evolution. In our world every vertebrate animal is based on the same skeleton, from fish to bird to reptile to mammal, everything has the same basic layout – four limbs, and of those limbs all the bones are exactly the same – yes, they may be altered to the specifics of the animal but all the bones are still there. Including humans. Now, life on Pandora is based upon six limbs, every creature we are introduced too has six limbs, even the flying ones. Except the Na’vi. Evolutionary speaking this is totally wrong, if everything is descended from the same basic building blocks, the Na’vi must have six limbs, otherwise it is an impossible evolutionary situation. In the world that Cameron created, everything is believable, he and his designers spent years making it so, right down to the smallest detail, yet this evolutionary blunder blatantly stands out. Why? Because a six limbed Na’vi wouldn’t be as identifiable as a human shaped one now would it – and Cameron is all about the empathy, if we don’t side with the natives the movie is lost, so we have to put up with this contrivance. And don't even get me started on why nerve endings would grow through hair, when the tail, a direct continuation of the spinal column, would be the evolutionary choice ... Bothered me anyway.

So whether or not you like, or dislike the film, there is no denying its impact. Avatar is a stunning piece of filmmaking both from the technical standpoint and as how to manipulate an audience. You can’t hold that against it, Cameron is a master at what he does, and he proves it again here – a total re-hash story that has become the most widely seen film in history. Its legacy is assured.