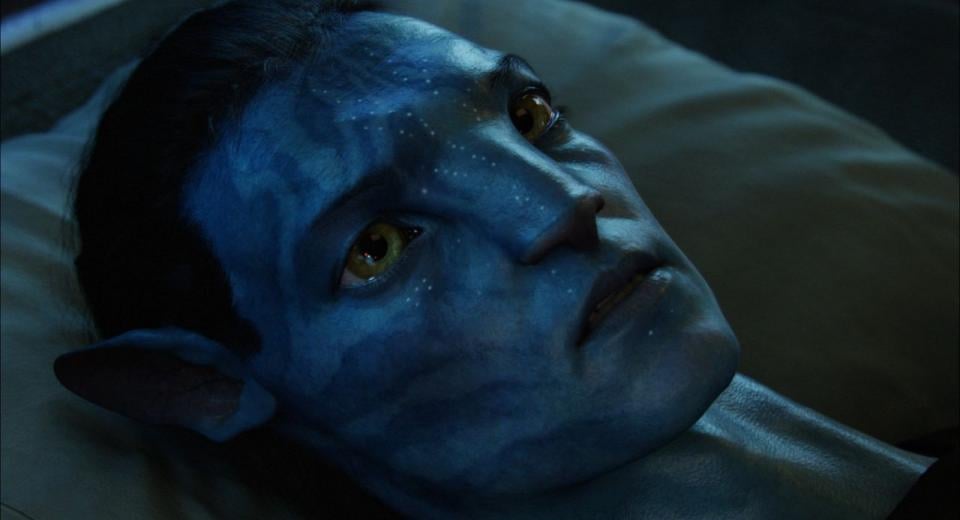 So this is really why we're here. The spectacle. And boy does it live up to the hype. Avatar 3D comes in at a gob-smackingly beautiful 1.78:1 1080p AVC encode, and it really is second to none at the moment in terms of visual fidelity in both 2D and 3D. I'm about as impressed with this 3D Blu-ray as I was when I watched Avatar for the first time at the cinema. You could barely wish for a more appealing visual feast.

Firstly, the movie is so rich and colourful and texturally complex that apprehention as to the quality is entirely forgivable, however upon popping on your 3D glasses and sitting back, you soon realise how devastatingly beautiful this movie really is. I'm not it's biggest fan by a long shot (if you glance over my movie review you'll see notice I haven't pulled any punches), but I can forgive all it's shortcomings and forego all my contempt for the movie itself based entirely on how this movie is the go to title to show off your 3D system, be it small or large. In fact, after around 20 minutes into the movie, I had completely forgotten I was even wearing glasses. This is almost unheard of with me - since I don't wear spectacles, I find I'm nearly always aware that I'm wearing the 3D glasses, despite having invested in some of the new Sony TDG-BR750 glasses which are quite light.

Colours are deep and vibrant and have a richness that is like nothing I've ever seen before, and this is barely lessened at all by the glasses. Colours positively pop off the screen at you, just as you would have hoped, and we suffer none of the lack of brightness that comes as standard with a lot of 3D material. The palette is extremely broad, confiedently introducing luscious greens of the forest canopy, set against the brilliant blue of the skies, deep and boild blues in the fauna of the forest floor, delicate and light pinks of the feathery willow-like leaves of the home tree. It's a sight like no other.

Blacks are surprisingly strong and deep too, and only very rarely does the integrity of the dark and rich blacks give way to a slight crushing feel, introducing some minor and, to be perfectly honest, barely noticable blue artifacting. Shadow detail is extremely cohesive too, offering a level of detail that you could probably halve and we'd still be happy.

The skin tones are an absolute triumph too. This allows for an absolutely seamless integration between CG and live action. It's barely possible to tell the difference in texture and tone, with beautifully rendered skin deformations on both the Na'vi and on the humans. Funnily enough I actually find the faces of the humans in their full-face space masks to looks slightly less convincing than the Na'vi faces - something to do with the in-mask lighting I guess, but you get a sort of uncanny-valley type look in some scenes such as the disembarking of the soldiers arriving for the first time on Pandora. The animation is also worth taking note of as it really is exemplary.

Contrast is absolutely spot on too. There's nothing heavy handed here, and the image feels very much like it holds as much depth as it did when I saw it at the cinema.

It's a combination of all the above that means that the 3D offers something extra to almost every single scene. The fact that nothing really comprimises the image allows the 3D here to truly sing, and sing it does. Resisting the temptation to throw a lot of negative parallax at you is probably one of the finest decisions that Cameron makes with Avatar, and demonstrates that he genuinely does have an in-depth understanding of stereoscopic imaging. Allowing the positive parallax to draw us in deep into the image without ever feeling forced is the triumph with this particular movie, and the effect is not comprimised at all with this transfer.

There's very little ghosting to note either. In fact, I don't think I noticed any. Perhaps if you really got up close and personal you might be able to pick out the odd section with the lateral camera movements, but there was nothing here that detracted from the 3D experience. No evidence of screen violation either which is another bonus, but laregly attributable to the fact that Cameron avoids excessive negative parallax.

Choosing to stay the temptation to use fast cuts and quick camera movements to an excess is another decision that Cameron should be proud of. So often the 3D effect is lessened because the style of editing isn't adapted to suit the format. Long and sweeping shots are fantastic and allow us time to get lost in the image, where short and explosive cuts don't really give us enough time to really register the effect, often making it quite jarring and can sometimes lead to it becoming a bit headache inducing. Cameron doesn't fall foul of any editing pitfalls with Avatar though.

The only real issue I would take with this transfer, and folks I'm nitpicking here for sure, is that occassionaly I had a little trouble jumping to the subtitles and back to the image. I'm going to blame it on a flaw with 3D itself though rather than anything that the movie is doing wrong, and that is that with 3D material, you don't choose what to focus on, the director does. That's no problem with a 2D image, but with a 3D one, your eye is invited to explore the depth of the image that much more. The fact is, I can look directly in to the image and focus on something that's actually out of focus. I found this to be a minor sticking point when my eye was kjumping from the subtitles to the image.

Folks, this is the definitive 3D showpiece, and whether you agree or disagree with my thoughts on the movie itself, this is a disc that any self respecting AV geek will pick up at the earliest opportunity. With innumerable stand out (pardon the pun) moments, such as the first time we see the Pandora jungle at night, or the many breathtaking and wonderful creatures that we're introduced to, right up to the epic final battle scene, this is an absolute triumph of a spectacle, and one that has the ability to restore any sceptics worries about whether 3D can withstand the test of time as a format. So, with top marks on the picture front, we move on to the audio presentation with high expectations. Straight off the bat, the audio is every bit as impressive as the visuals. With a DTS HD-MA 5.1 track that is every bit as creative as you would expect from a movie with such groundbreaking potential.

The dialogue is effortlessly clear, whilst providing enough dynamic range to allow everything else to be punchy and thick sounding. There's a rich and silky tonality to Sam Worthington's narration that is a joy to listen to. Effected almost perfectly for his voice to bring out the undertones and dry-rolling grit in his throat. Very subtle, but expertly done. I did find that the Na'vi language was completely dull and unoriginal though, and it bears all the hallmarks of your standard stock never before heard dialect. I would have loved for there to have been much more exploration around the development of the language, where the Na'vi come from and their environment. Instead, they are very much like you would expect an eighties movie to present a lost tribe language. It wouldn't be out of place in something like a Tarzan movie (erm, why haven't we had one of these yet by the way?).

But I don't want to get too hung up on how annoying I found the Na'vi voices to be. Lets focus on what else is amazing about this audio presentation, like the depth and power that the explosions have. My word they pack a punch, and will absolutely give your sub a bit of a workout. With a crisp crunchiness to the high ends, a thick and powerful mid to low range and just enough subtlety in the boom end, every single explosion (and there are quite a few towards the final third of the movie) is like a punch in the face.

Gunshots from the heliships are terrifying and brutal. So rapid is their rate of fire that the whirring is akin to that of a creature raining a hail of bullets faster than the ear can pick out. It's great sound design work, and definitely falls under the category of a sound that I've never heard before.

This brings me on to the creature sound design. The raspy cat-like screech of the dogs that attack Jake in the beginning of the movie when night falls are rather stand out. They delivery a kind of hyena like shrillness whilst maintaining a deep and gritty growl too. Then there's the flying beasts that have an incredible howling roar, not to mention the sense of speed that the sound design brings to the flying scenes, with beautiful wind rushing noises that manage to stay clean sounding and avoid being a mess of bass distortion.

It is, simply put, an absolute masterclass in sound design from start to finish, utilising the full surround array to astonishing effect. The only thing I would take serious issue with is the fact that it doesn't come with a 7.1 mix on the Blu-ray. Now that is something I would love to hear. No extras at all. Thoroughly disappointing. Boo and all that disapproving stuff. Avatar is the story of an ex-marine who goes offworld to a hostile planet called Pandora to work with a scientific research team that has created a way for humans to bond with a genetically synthesized ten foot tall being called an avatar. It's a cross between science fiction and fantasy, but it does neither particularly well. The concept is intriguing, but sadly it's poorly executed from a narrative standpoint. However this fact hardly matters once you sit down to watch it, as the visual spectacle alone is like nothing we've seen before or since for that matter.

It's arguably one of the most famous movies of all time, and now it hits our shelves with an almight Stereoscopic boom. An absolute technical masterpiece that is without a doubt one of the stand out Blu-rays available at the moment. So impressive is this movie in 3D that it has set a benchmark for the format that will most certainly lead me to be far more harsh on any 3D material I subsequently review from now on - it's going to be a hard act to follow.

Poor movie, but a fantastic spectacle - if only James Cameron had managed to get the balance right between narrative and technology, but sadly the balance is very one sided. If you haven't picked this up already, you are highly unlikely to be disappointed when you do. Don't wait, go buy it immediately.