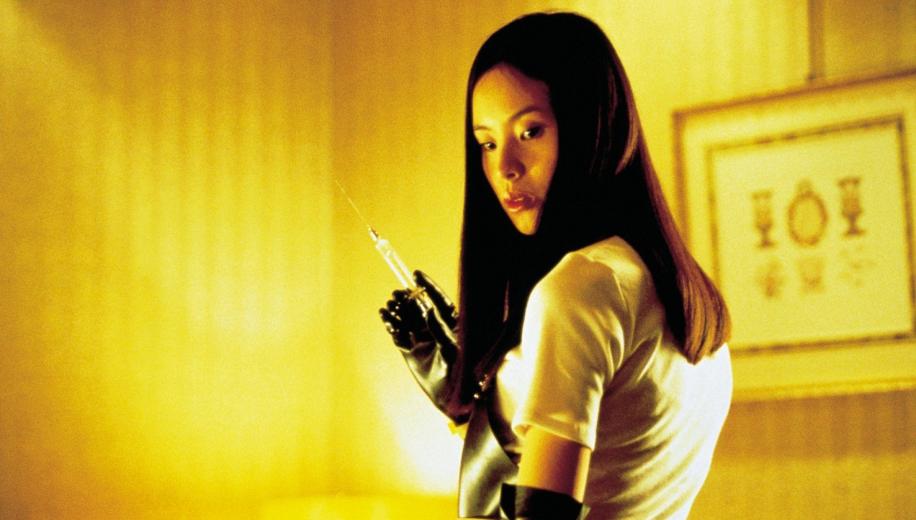 'Audition' was released in 1999 and was directed by Takashi Miike. For those of you who are unfamiliar with this director, his movies are some of the most innovative and also some of the most difficult to watch. One of his most famous pieces is 'Ichi the Killer'; a movie that I would most definitely not recommend to anyone with a faint disposition but it's also one of my guilty pleasures. Miike constantly surprises and pushes the limits of what is both acceptable in society and in film; often exposing the ugly side of the former, while breaking new ground in the latter. 'Audition' was released to critical acclaim and gleaned a number of awards at minor film festivals. In true Miike fashion the gore content is high, with many cinema goers reportedly forced to leave because of the graphic content. In fact, one man collapsed following a screening of this movie in Dublin and was rushed to hospital (he was later discharged without issue)!

For this movie, Miike has once again assembled a group of well established actors who act as a solid support for the more inexperienced members of the cast. Ryo Ishibashi ('The Grudge'), a well decorated and experienced leading man, plays Shigeharu. Eihi Shiina ('Yurika'), acting for only the second time in a feature presentation, plays Asami. Tetsu Sawaki ('A Closing Day'), acting in his first feature presentation, plays Shigehiko. The final “main character”, Yasuhisa, is played by Jun Kunimura ('Kill Bill'). So, with a plot involving a twisted love story, and a cast comprising of some well established actors, Miike should fare well here with the source material.


This movie tells the story of Shigeharu and his teenage son, Shigehiko. Having lost his wife seven years previous (to terminal illness), Shigeharu has been living a lonely and self centred existence. Even his son is making his first steps into the world of relationships, while his father dwells on one which ended seven years ago. Encouraged by his movie producer friend, Yasuhisa, the two hatch a wonderful scheme to find the perfect match for Shigeharu; they hold an audition. Using a love story screenplay as a front, the two soon have hundreds of potential candidates whom they interview. Of the many pretty girls who audition for the part of the heroine, one in particular catches the eye of Shigeharu, a pretty ex-ballerina named Asami. Demure, fragile and beautiful, it seems as though Shigeharu has finally found his leading lady.

Reading her application, Shigeharu immediately feels an emotional connection to this lost soul, empathising through his loss with her painful life experiences. Having studied the art of dance for many years, a tragic accident befell the nineteen year old Asami, crushing her dreams of furthering her ballet career in London. Shigeharu begins to obsess over the young, attractive girl, assured that she is indeed the one. They meet over the course of a couple of weeks and appear to fall deeply in love. However, as we begin to catch glimpses of the true face of the seemingly polite and caring Asami, there's a distinct undertone of danger and menace. Despite the concerns of his closest friend, Shigeharu continues to pursue the elusive and secretive Asami, offering a proposal to show his commitment to her. As the movie progresses, we learn that Asami has other motives and Miike takes us a harrowing and disturbing ride into the world of depravity, shock horror and psychological terror.

Miike is credited with directing over seventy movies to date (fifteen of these were produced in 2001 and 2002 alone) and is one of the most active and controversial directors of all time. Although famous for pushing censorship to its limits, he has also proven himself to be highly versatile, directing kids movies (believe it or believe it not!), tear jerkers and B-movies. His target audience is huge, largely because of this versatility, meaning that the audience never knows what flavour the next Miike production will be. Often his movies are complex, character driven pieces, which have a habit of shifting genre mid-way through. This movie is no exception and is basically a two part piece. From the outset it's a love story which dominates, with the lonely and depressed Shigeharu falling head over heels for the beautiful and vulnerable Asami. Everything is lovey-dovey for the half of the movie and then......whumph! Suddenly we're plunged headfirst into a completely different and twisted version of the same story. This is a very disquieting experience and, although I have seen this movie before, it still managed to catch me unawareness. This fact is a testament to Miike's skills as a director. The manner in which he presents the first half of the movie aims to lure the audience into a false sense of security and is executed to perfection. The latter half delves into some of the most uncomfortable, wretched content I have ever experienced and pushes the boundaries of both your stomach and the ratings board to the limits - not for the faint hearted. However, this extreme content never seems out of place or included just for shock value alone, it's introduced at exactly the correct time to tip the audience off balance, delivering terror, apprehension and a mind-boggling plot transition.

The plot itself is acted to perfection by the two primary characters. Their interaction is aided greatly by Miike's multi-angled approach to capturing even the most mundane of conversations, ensuring that the piece always appears energetic and interesting. Shigeharu is a weak and lonely individual. He has a few admirers in his life but he is too wrapped up in his own pit of self-pity to notice. When the beautiful Asami enters his world he falls completely head over heels for her. At the outset, Asami evokes empathy from the audience and there is a distinct uplifting feeling when the two finally seem to click and enjoy each other's company. The audience is pleased that both Asami and Shigeharu appear to have finally found happiness after their tough and challenging life experiences. This feeling does not last long, however, as Asami begins to expose her true motives and dark past. It's the convincing manner in which both these fines actors slip so convincingly into character which makes the entire piece work. Ishibashi is excellent as the widower looking for new love and really adds depth to his character. The show is stolen, however, by the utterly wonderful and compelling performance of Shiina. For an actress who had little or no acting experience prior to this movie, she really is sensational here. Appearing fragile and willowy, Shiina uses not only her acting abilities but also her physical presence to evoke pity and project complete vulnerability. When she transforms as the movie progresses, it's almost an unbelievable transition. This really is an outstanding piece of acting from such a young actress. No doubt the guiding hand of Miike has a lot to do with how these actors performed here but kudos must be granted none the less.

The manner in which the entire piece is presented leads to a very slow and skilful build of tension before the motive for Asami's attraction to Shigeharu becomes clear. This is executed to perfection, aside from the ending, which, for this reviewer, prevents this movie from becoming an all time classic. In typical Miike fashion, the climax conveys a confusing array of drug induced images, depicting Shigeharu's sexual desires, which are called forth from deep within his psyche. In combination with the rather quick and abrupt end to the terrifying advances of Asami, I was left feeling rather cheated as the closing credits rolled. Having invested a lot of emotion and attention in the piece, which was skilfully drawn from me by Miike's masterful direction and the compelling performances of the two lead characters, the end payoff was not as high as I had hoped for. Instead of a jaw dropping, shocker ending, it concludes with a surreal mishmash of complex psychological imagery. That's not saying that this movie is not worth watching, as it most certainly is. I just felt that something more could have been done with the ending to capitalise on the intricate groundwork which had been laid in the first three quarters of the movie. What this movie does offer is the most uncomfortable and squirm-inducing seduction that has even been committed to celluloid and for that reason alone it comes recommended. Be warned though, it may put you off dating forever!