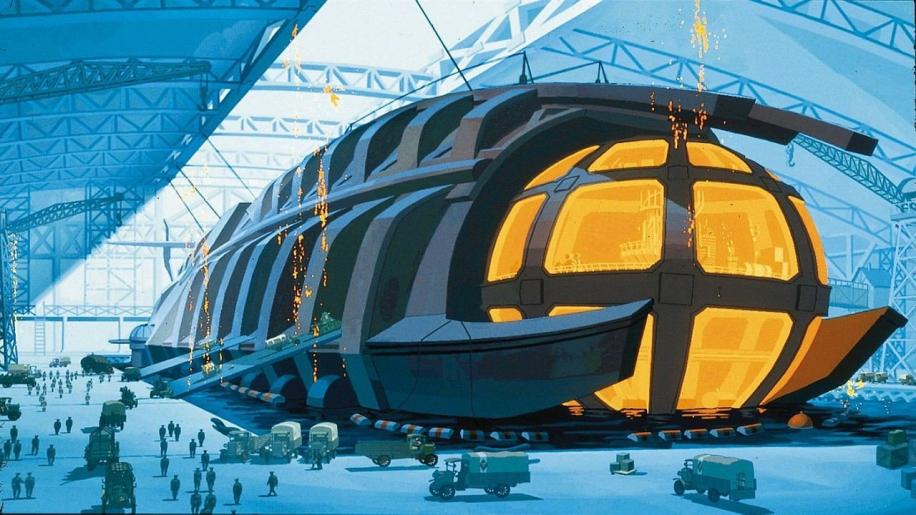 Inexperienced young explorer Milo James Thatch is determined to continue the quest his grandfather began years before to find the lost city of Atlantis. But things look grim for Milo until he meets the eccentric billionaire Preston B Whitmore, who is also looking for Atlantis and has funded an expedition which he wants Milo to join. Before long Milo finds himself thrown in with a group of military types headed up by the self-serving Commander Rourke as they use an experimental machine to try and locate the lost continent.
Following on from The Emperor's New Groove, Atlantis: The Lost Empire is another dramatic change of style for Disney. This latest offering goes for a more mature tone, digging deep into the realms of Japanese animation to present something that seems completely out of keeping with the studio's earlier work. Gone is the singing and cute animal sidekicks, and in its place we have a Jules Verne inspired tale that harks back to the great old serial movies of the 30s. In addition to adopting imagery from anime, Atlantis also benefits greatly from Disney's decision to bring in an outside artist to design the look of the film. Here, Disney has tapped the talents of acclaimed comic book artist Mike Mignola, whose highly stylised art and striking linework is evident throughout the film, giving it a look distinct from any other Disney outing.
While the story doesn't necessarily offer anything new to those familiar with the likes of 20,000 Leagues Under the Sea or Hiyao Miyazaki's Castle in the Sky, and certainly won't appeal to kids in the same way as Aladdin or Dinosaur did, Altlantis: The Lost Empire remains a must-see for any serious animation fan, and provides proof that there is scope for a more mature strain of animated feature films in American cinema.