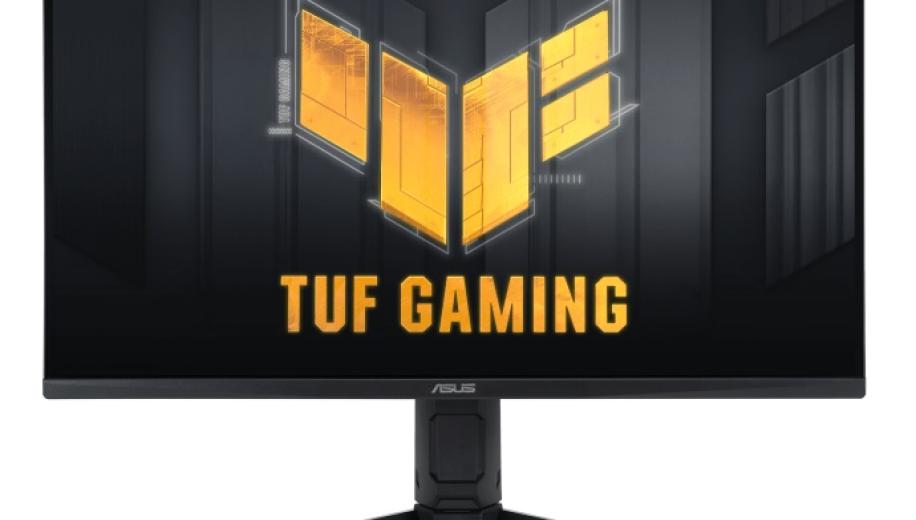 The ASUS VG28UQL1A Gaming Monitor has a great specification with an impressive 4K IPS display that had no ghosting or display issues during our testing along with a 1ms response time, 144Hz refresh rate, decent 13ms input lag and a good selection of ports. But at £750 it just seems a tad too pricey for what you get.

A few years back, the holy grail of monitors for a PC gamer looking for the ultimate was one that had 4K resolution, high refresh rate, low response time, G-Sync or FreeSync and maybe even some kind of HDR. Even if you had just won the lottery, getting one with all of that was nigh on impossible. You could probably tick most boxes, but it would either be 1440P with a high refresh rate or 4K with 60Hz refresh rate. Thankfully, those days are a thing of the past.

The choice has never been greater for gamers, with monitors available to suit all budgets and all requirements. One such monitor that hopes to tick every box it can think of and more, is our review item today, with a name that just rolls off the tongue; the TUF Gaming VG28UQ1LA monitor from ASUS.

Priced at £749 it sounds like a lot of money for a 28” monitor but it is packed full to the brim with features including 4K resolution, 144Hz refresh rate, 1ms response time, HDR 400 (including HDR10 support) and HDMI 2.1 ports to also target the console market. Read on to see how it fares in our tests…

ASUS has gone with a very understated design here. No bells and whistles such as RGB lighting on the front or back and no flashy colours. It’s an all-black design with just a silver ASUS logo to the bottom bezel and rear and the TUF Gaming logo to the top of the stand. It’s a very clean and sleek look with almost no bezel to the side and top of the monitor.

The stand is wide enough to give a secure footing and has a good level of height adjustment from 410mm at the lowest point to 540mm at the highest point as well as swivel and PIVOT facility. You’ll need a footprint space on your desk of at least 640mm wide x 240mm deep to comfortably fit it in. It is of course VESA mount compatible and weighs just 6.89kg with the stand and 4.67kg without.

One of the highlights with the VG28UQ1LA is the very generous selection of connections. Here we have 2 x HDMI 2.1 ports, 2 x HDMI 2.0 ports, 1 x Display Port 1.4 DSC and 2 x USB 3.1 ports along with the headphone jack and USB 3.0 upstream port. This should cover all bases, although a couple more USB ports would have been helpful. For console gamers, the HDMI 2.1 ports allow native 4K @ 120Hz with full 48 Gbps bandwidth.

This is one area that we always find fiddly. From the cheapest to the most expensive monitor that we have reviewed, they all suffer in one way or another. Here with the ASUS, the controls are again pretty fiddly with them all to the rear of the monitor on the right side. The bottom button is power (which is annoyingly the same size as the others, so you will often turn it off accidentally), the next two up are configurable shortcut buttons, the one above that is the exit button and finally a joystick type control to access all the settings.

The menu system is quite detailed with a lot of options available. The first menu option is Gaming with the settings for the overclocking, variable overdrive, G-Sync or FreeSync options and the ASUS GamePlus, GameVisual and Shadow Boost features which will we discuss in detail later in this review.

The next 5 menu options are Image with settings for brightness, contrast, dynamic dimming and more. ‘Color’ with options to change the gamma, saturation and skin tone, Input Select to change between the 4 HDMI ports and single DisplayPort, the Shortcut settings menu and finally the System Setup menu where you can alter the volume, language, OSD settings and much more.

Thankfully, there is an option to (mostly) avoid using the fiddly menu system completely. Using the free ASUS DisplayWidget Lite software, you can select from 7 preset display modes and alter the overdrive, display settings and even colour temp without having to use the awkward monitor buttons.

For our monitor calibrations we use Portrait Displays' Calman software.

Using the Calman software we also tested the Peak Luminance vs Window Size and here we can see that whilst the smallest windows were brighter, the 10% industry standard window was 375 nits with the full 100% window size coming in at 372 nits. Testing the DCI-P3 gamut we had 75% XY and 86% UV, BT.2020 came in at 53% XY and 63% UV.

For our testing we use a Leo Bodnar input lag tester. This measures the delay (latency) that it takes a video signal to pass from the point of input until it is displayed on the monitor. With this monitor we had results of 13ms, which is isn’t the best we’ve seen - that title currently held by the massive 49” Samsung Neo G9 - but is still a very good result, comfortably beating other monitors we have reviewed. It is also worth pointing out that the Leo Bodnar works best at 1080P native resolution, so there will be a small margin of error with monitors above that.

It’s important to note that input lag is not response time. Response time is often the headline number that monitor manufacturers use in their advertising, such as ‘very low 1ms’ for example. Response time is how quickly a display can change its pixels from black to white or grey to grey. A high response time will mean you are more likely to see ghosting, which is the blurring that you see behind fast moving objects.

The VG28UQ1LA has a now expected, but still excellent, 1ms response time which is about the lowest you will find on most gaming monitors. This monitor does have an overdrive option from 0 to 5 and during our testing we found the image to be clear and ghosting free with no screen tearing until we raised the overdrive to 3, then it all became a bit of a disaster, so best to either leave that off or just on a low setting. There was no noticeable backlight bleeding and the overall image quality was excellent with strong and bold colours, good blacks and crisp and clear text.

The slight negative is with the HDR. As this monitor is only HDR400 it shouldn’t really be a feature that's mentioned. HDR400 is one of those certifications that should not exist as with a peak brightness of only 450cd/m2, you aren’t really getting the benefit of HDR compared to some other monitors that we’ve reviewed which range from HDR 600 (even that is barely sufficient for HDR) right up to HDR 2000 with the awesome G9. With HDR 400, the specification does not require local dimming. As this monitor is also aimed at the console market, it doesn’t really stack up against a decent HDR TV.

This monitor does have a whole host of features which can improve or ruin the image depending on how fiddly you get with it. A couple to mention are the Shadow Boost technology which clarifies dark areas of the game without overexposing bright areas and Flicker-Free technology with ASUS Low Blue Light (TUV certified).

Gameplus is another feature that's useful if you are, let's be kind here, a complete novice (or a cheater) and fancy a bit of help in game. It has an option to add a crosshair to the screen independent of the game, either as a sniper dot or a range of different coloured and shaped crosshairs. There are other features including a timer function and a useful FPS counter and a display alignment tool, so it isn’t just for the noobs.

The GameVisual features has seven pre-set display modes which you can configure (via the monitor’s on-screen display or the useful DisplayWidget Lite software that we discussed previously. They can be set for a particular game type to optimise your experience or tweaked to your liking to stop the old eyes getting tired when web browsing.

With gaming, the image quality was excellent, no issues with tearing or ghosting. HDR as mentioned previously being just HDR400 isn’t worth talking about, but on SDR our (relatively) aging rig with an i7 and 2080Ti GPU couldn’t even get anywhere near the 4K 120Hz maximum using the DisplayPort 1.4 DSC. With 1440P at 144Hz we were able to make more of a stab at it, but even today, you still need a very powerful and expensive (given the current price of GPUs) rig to get the most out of these 4K monitors.

The ASUS TUF Gaming VG28UQ1LA, available for around £750, offers a decent specification for the money although with a few caveats. For that outlay you get a 28” monitor with a 4K resolution, fast 144Hz refresh rate, 1ms response time, 13ms input lag along with G-Sync and FreeSync Premium support and a very generous set of connections.

It has a ton of features including various game enhancements and display tweaks which during testing we found that some improved the image slightly and others are best left off completely. It also has a few useful on screen features such as an FPS counter.

The negatives are that it is only HDR 400 certified. This isn’t really a feature that should exist, though is it better than not having it? That’s really a personal choice as you will find the blacks are affected and the contrast is not improved. For gaming best leave the HDR off on this monitor.

Overall, we found the ASUS VG28UQ1LA (who comes up with these names?) to give an excellent picture quality and a whole host of useful features, but is let down slightly by HDR 400 and, with the price point at £750, it could be too expensive an option for PC and console gamers alike.